LSD talks Moda Operandi, and why sticking to your vision is the key to success.

Lauren Santo Domingo, or LSD as she is known to those in the know, has been blazing a trail in the fashion industry since her humble beginnings as a fashion assistant at Vogue. Years of playing muse to designers like Proenza Schouler and Nina Ricci, sitting front row at Fashion Week, and building a reputation as one of the world’s most recognized style authorities culminated, six years ago, in the launch of her online luxury retail business, Moda Operandi. Much like Lauren herself, Moda Operandi embodies luxury, style savvy, and an insider access that feels exclusive, yet attainable, to those who can afford it. 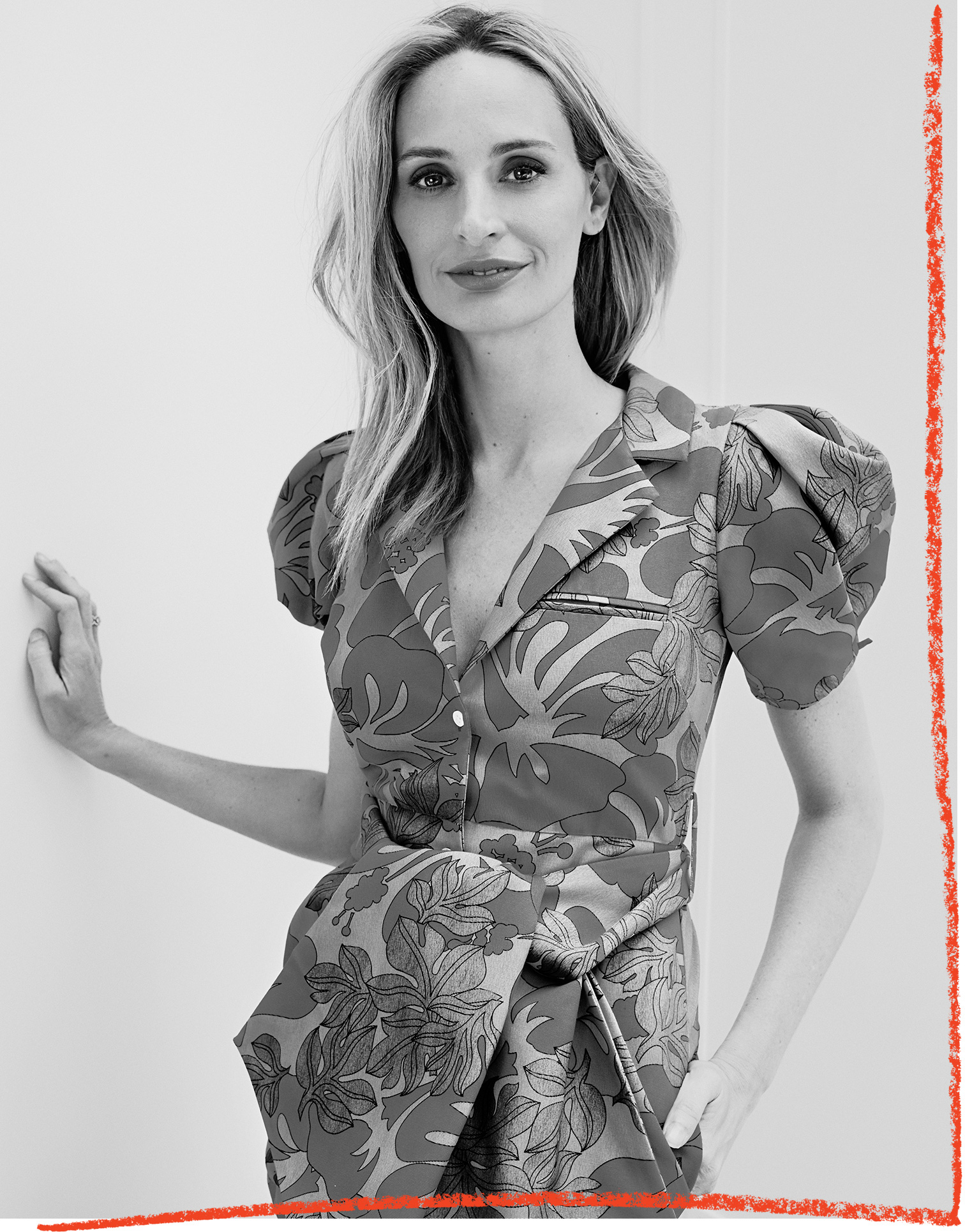 This is not an industry where one can come in and expect to succeed; so much is based on relationships, taste, vision, and ultimately, trust. 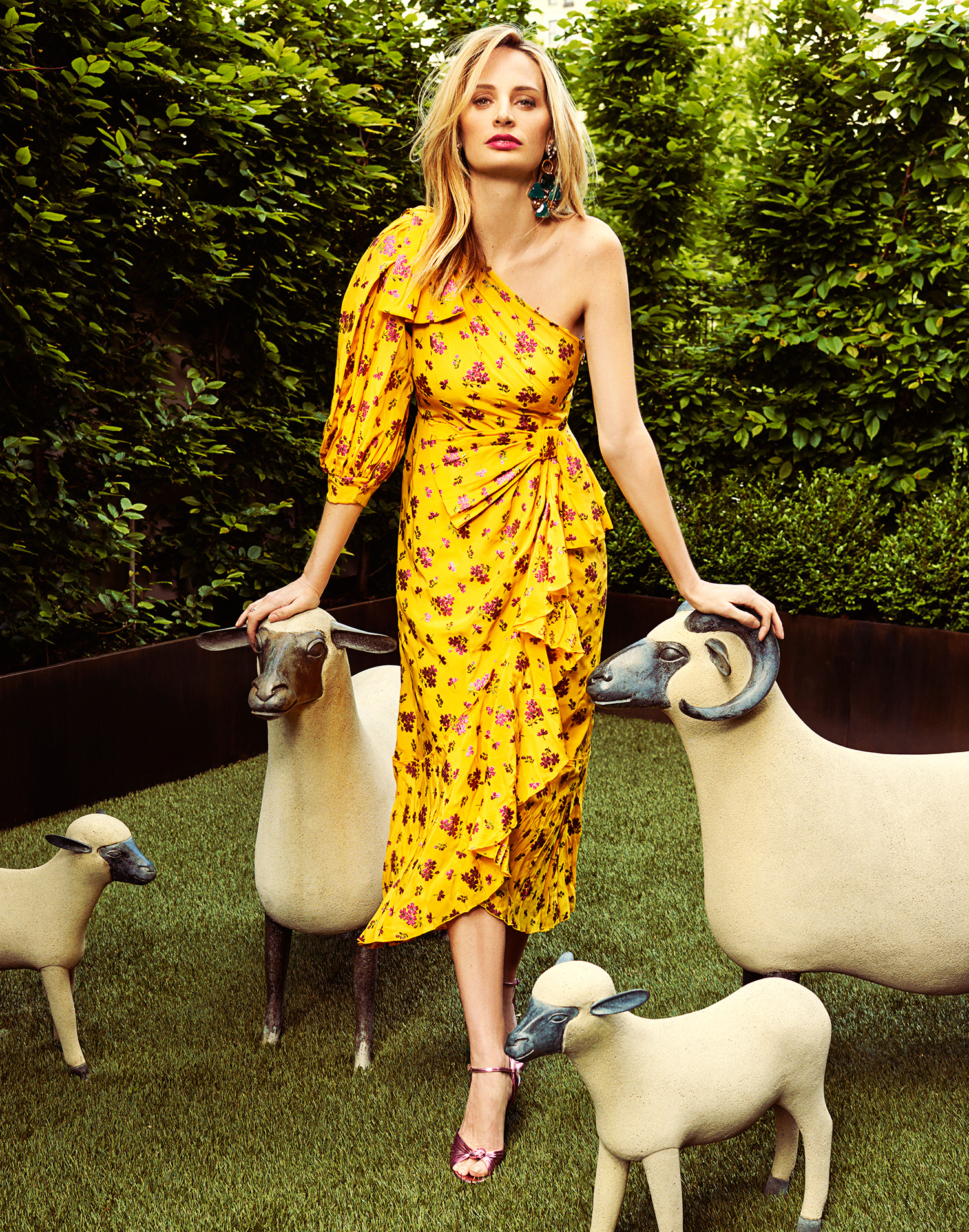 Phoebe de Croisset You launched Moda Operandi in 2011 with the goal of bringing the runway straight to the consumer – bypassing the high-end department stores – and unlocking an entire market that was previously simply not available to even those with the financial means.  How did you know this was going to work?

Lauren Santo Domingo I knew Moda would be successful, and maybe more so knowing I would do everything I could to make it successful, but I’m not sure I knew it would work this well. Now six years in, we have accomplished so much and I still feel lucky to be a part of this. When we launched, I knew I wanted the experience to benefit both clients and designers. Saying it aloud it seems simple, but there was (and still is) so much trust involved.

As an editor, I had been given access to the runway, but there was a gap between the runway and the consumer outside of the industry. Our core business — Trunkshow — puts the client first and allows her to make a purchase that is unedited from the runway. We present a full collection as the designer intended it to be seen, not an edited store assortment. Our customer has truly embraced the ability to shop the runway (almost as much as me).

For the designers, it was my goal to create a company that worked within the industry while helping them to grow. Early in my career, I saw how difficult and costly it was to launch and produce a collection, let alone market and sell it! Moda Operandi is not only a viable revenue stream for designers, but has become an excellent platform for emerging talent.

PC What was the greatest advice you received in the process of launching this business?

LSD The funny thing about advice is everyone can hear it, but few can listen to it, and even fewer can properly apply it. For me, I had a panel of sources that I still look to, but ultimately, I knew what I wanted to create and I kept to my vision. When starting something new (in the case of Moda Operandi, a completely new concept) you need to be tough, but more than anything, you need to be kind and you need to be honest – otherwise you will not last. This is not an industry where one can come in and expect to succeed; so much is based on relationships, taste, vision, and ultimately, trust.

I think the whole process has been a learning experience. This is not an industry where one can sit comfortably; for a company, it’s a what’s-next world and maintaining relevancy in an ever-changing, quickly evolving landscape is critical. Someone recently asked me what time I finish work. My answer was “never.” I don’t really switch off; it’s not in my DNA.

PC Statistics show that customers are more likely to buy lower price points online than in stores, yet your customers are spending huge amounts of money on very high end and luxury items – even jewelry. I think this has to do with the fact that you’ve earned their trust. How do you cultivate that?

LSD Ultimately, when purchasing items online it does come down to trust. I understand our customer better than any person could attest to: who she is, where she comes from, and what she wants ? or more importantly, what she doesn’t want. There is immeasurable value in being able to action that into what she’s looking for. Understanding your customer is essential for any brand’s longevity and as we grow, Moda Operandi will continue to innovate and deliver beyond expectations.

PC What, would you say are the most important tenets of customer service? How do you create a loyal customer base?

LSD Individualization is key. We know why our clients are coming to Moda and it goes well beyond needing a new dress. We have two private shopping spaces, a global stylist team, and as of last week, a new app that will focus on individualized service. The app leads with personalized service and convenience – exactly how I want to shop. No one should think of getting dressed as a chore – there’s a stylist for that! Looking at the role of the stylist to a client is key, they are not ‘personal shoppers’ or ‘salespeople’ – they are stylists. The experience they provide is very different from that of traditional retailers; they are engaged and truly care about our customer. It is more than helping a person to shop; we want to help our clients find their own personal style and make smart choices for who they are and hope to be, not simply leveraging what may be available on a shop floor.

PC I think such a huge part of the magic of Moda is that in addition to the tried and true luxury brands, you are out there discovering and cultivating new talent. How important are those unique finds and emerging designers? And to you personally?

LSD Clients are coming to Moda Operandi for our curation of product; our ability to merge two separate businesses – new talent and renowned – is very rare. Our clients know they can find the most unique pieces on Moda Operandi, whether they’re straight off the runway or from an emerging designer who is barely known. We have a strong, distinct POV that our clients look to. I love nothing more than when a customer tells me they discovered their new favorite designer through our site. Talent scouting is part of Moda Operandi’s DNA, and we have launched countless brands. Emerging brands are as important to us as our heritage brands – we always want to be a curated destination for our clients.

I don’t really switch off; it’s not in my DNA.

PC Who are some of your new favorite designers?

LSD There is so much excitement in emerging talent and the newness they are providing. My favorite designers right now are new Americans like Monse, Gabriela Hearst, and Rosetta Getty.

PC You recently launched bridal – how did that come about and what are you seeing so far in terms of customer response?

LSD We had been working with brides privately before we formally added Bridal to the site. Brides come to us for the same reasons clients do for runway: access, discovery, curation and service. It’s rare to be able to shop one place for all the occasions you have as a bride— top of mind is the dress, but there is also the rehearsal dinner look, the honeymoon pieces, and of course, something for their mother to wear. You’ll work with a Bridal Specialist who can help with it all.

PC What are you looking forward to today? Next 5 years?

LSD I hope to be at my five-year plan in two years. Stay tuned. 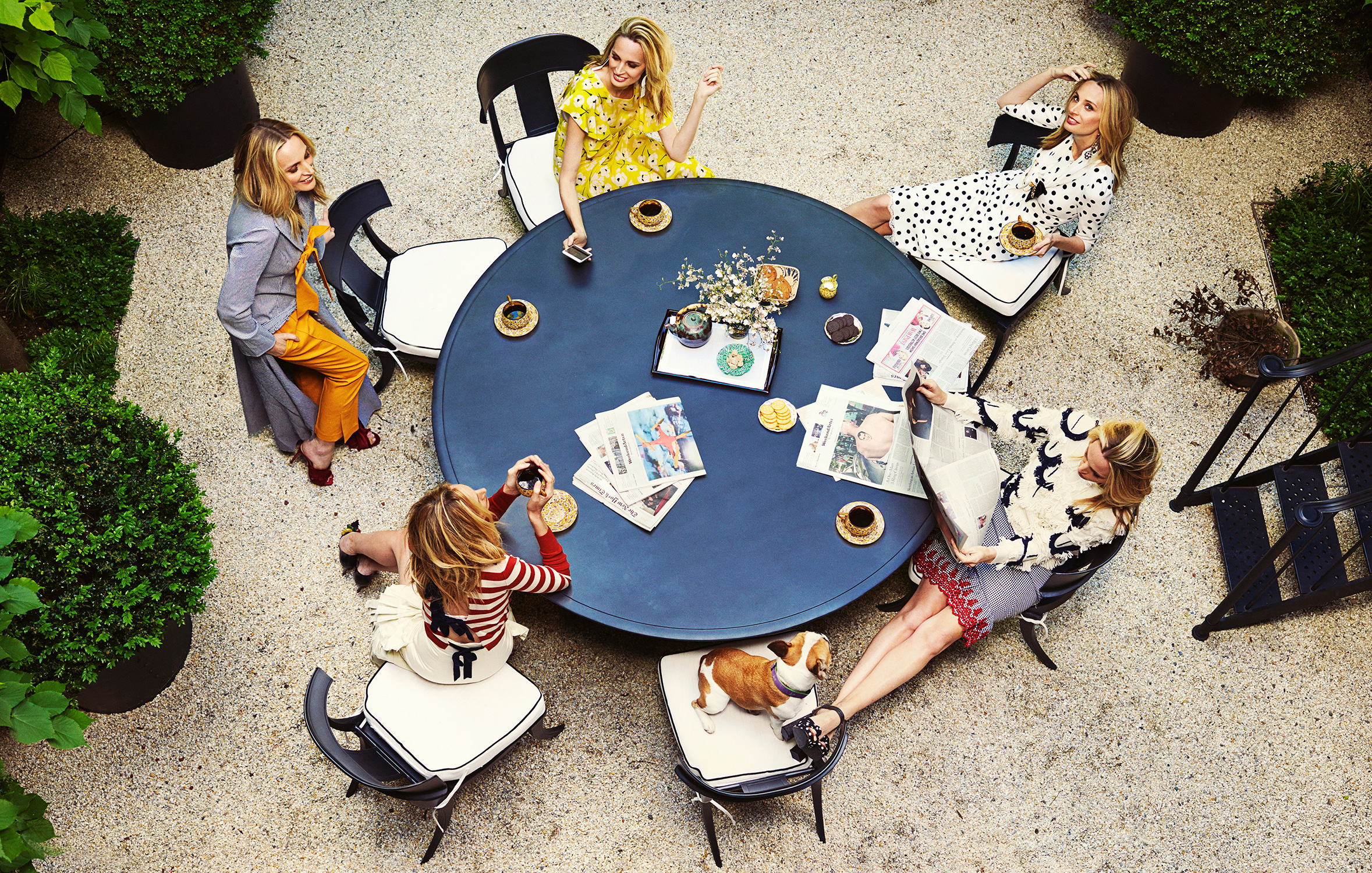 Shop Moda Operandi for all of these looks. 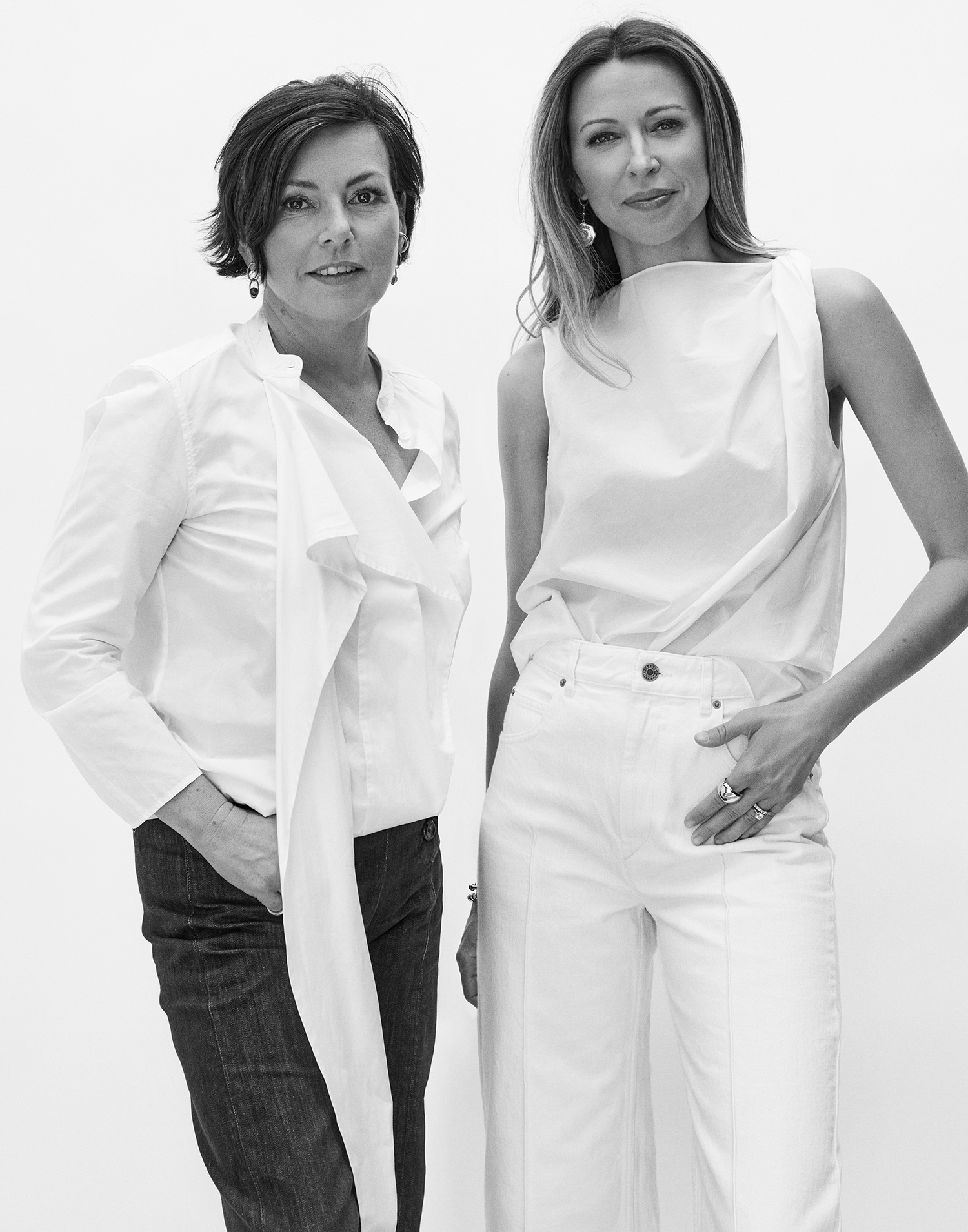 Made To Matter Read more 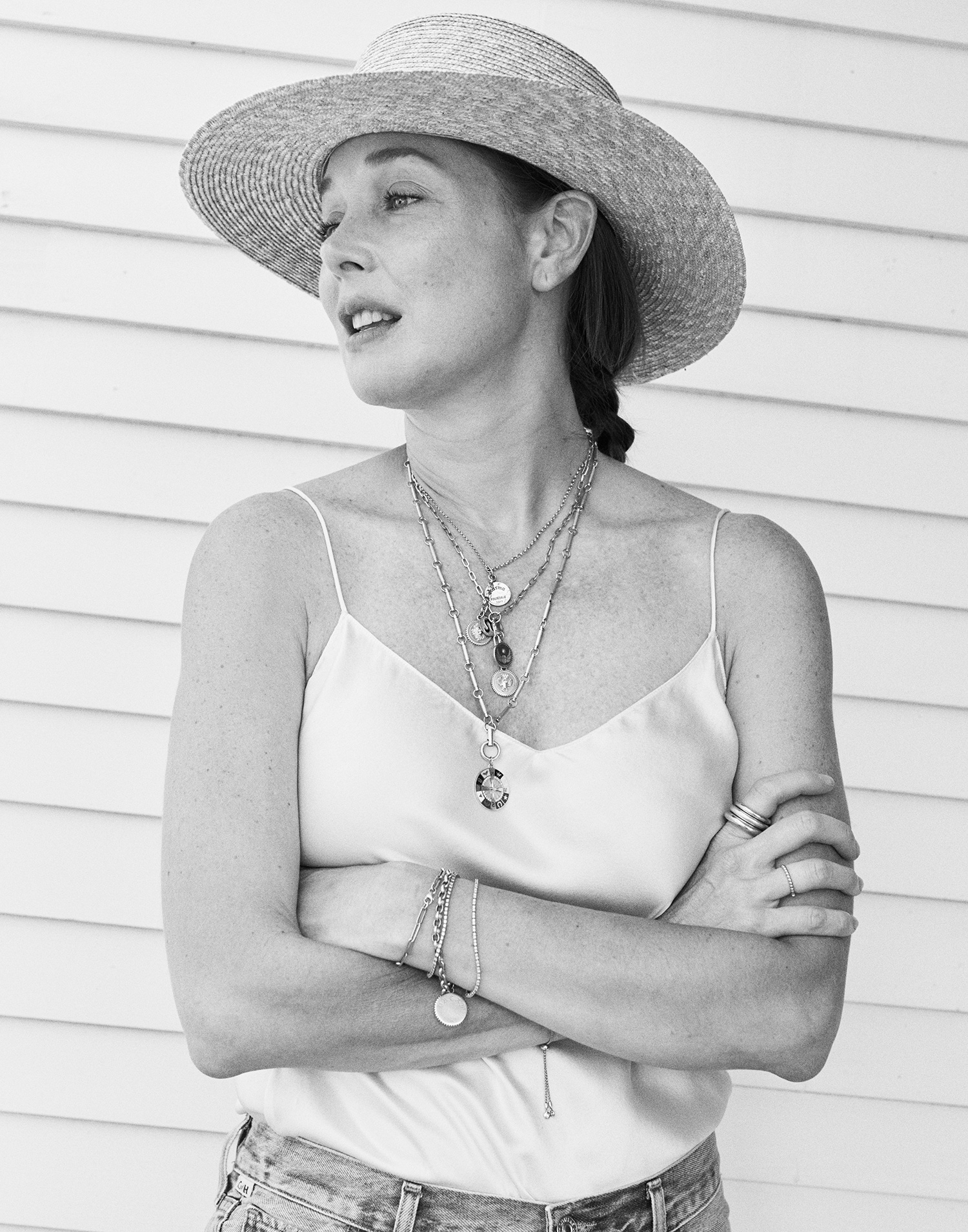