You may know Haley Law as one of the Pussycats with an angel voice from CW’s show, Riverdale. Or maybe you know Law as a badass sex-worker on Netflix’s Altered Carbon. But her career is just starting out and she is not limiting herself to acting. I spoke with Law on the phone and hung up feeling like she is my new best friend. With a kind voice, she makes everyone at ease. She spoke with us about her relationship with her Riverdale cast, what projects she is working with, and where she sees herself next. A heart of gold and a voice from heaven- Law will be in Hollywood for a very long time.

Christy Key You grew up in Canada, tell me a little bit about your childhood and background.

Hayley Law I grew up in a little town called Surrey, it’s a little suburb off of Vancouver. My childhood was pretty regular, I moved a lot and went back and forth between two schools. Other than that it was pretty normal. I didn’t do any acting or singing when I was young. I always knew I wanted to, and I wasn’t a shy kid, but when it came down to performing I became extremely shy. I knew I wanted to do it, but I never really thought I could.

CK How did you fall into acting and singing then?

HL I have a lot of friends in Vancouver that are actors. A couple friends were just doing commercial acting and they were telling me how good the money. At the time, I was working in a restaurant so I was like “What? Oh my God. I need to try it!” So I got an agent and booked maybe one commercial and made around $500. I kept thinking that this is sick, because that doesn’t happen all the time- you are not constantly booking commercials. My agent was telling me I should do auditions with dialog just so I could get more comfortable and confident in front of the camera. Then she sent me for a couple shows and I did terrible, it was just small stuff like a receptionist for ‘Arrow.’Then I went for ‘Riverdale’and somehow it worker out!

CK Worked out amazing for you!

HL I love it, I do. It’s not like I’m doing it and not really enjoying it- I LOVE it. I could not imagine doing anything else besides entertainment.

CK I’m sure. Riverdale has such an incredible following, myself included, I’m obsessed with it!

HL It’s crazy! I can’t believe it. Everytime someone stops me I’m like “Really?!” 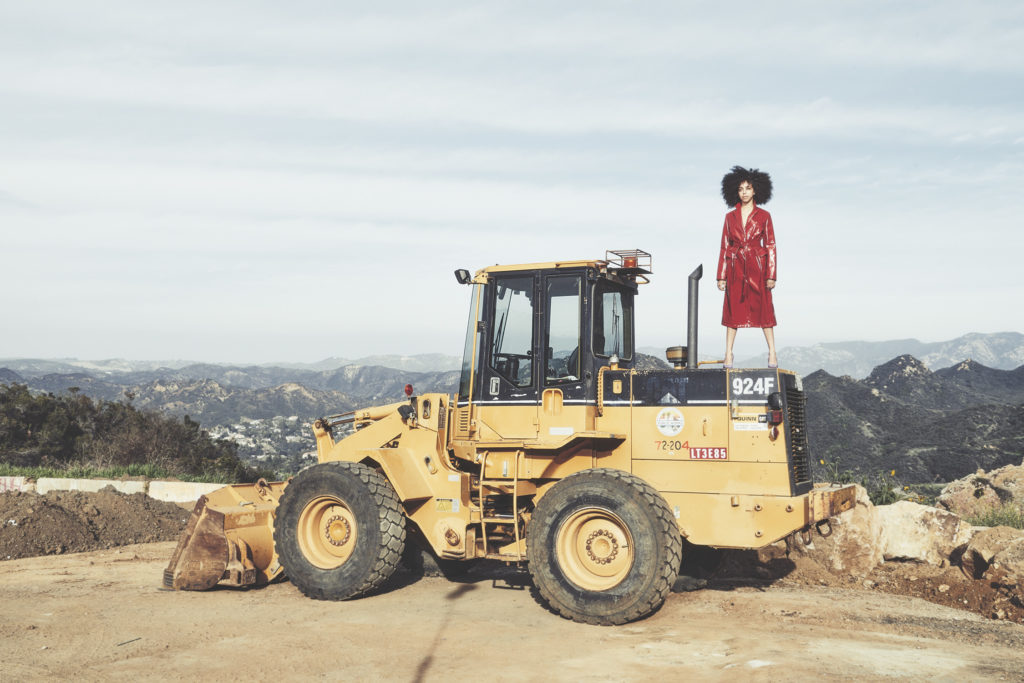 Well, this has to be done really well because I’m not down just to play a dead prostitute. 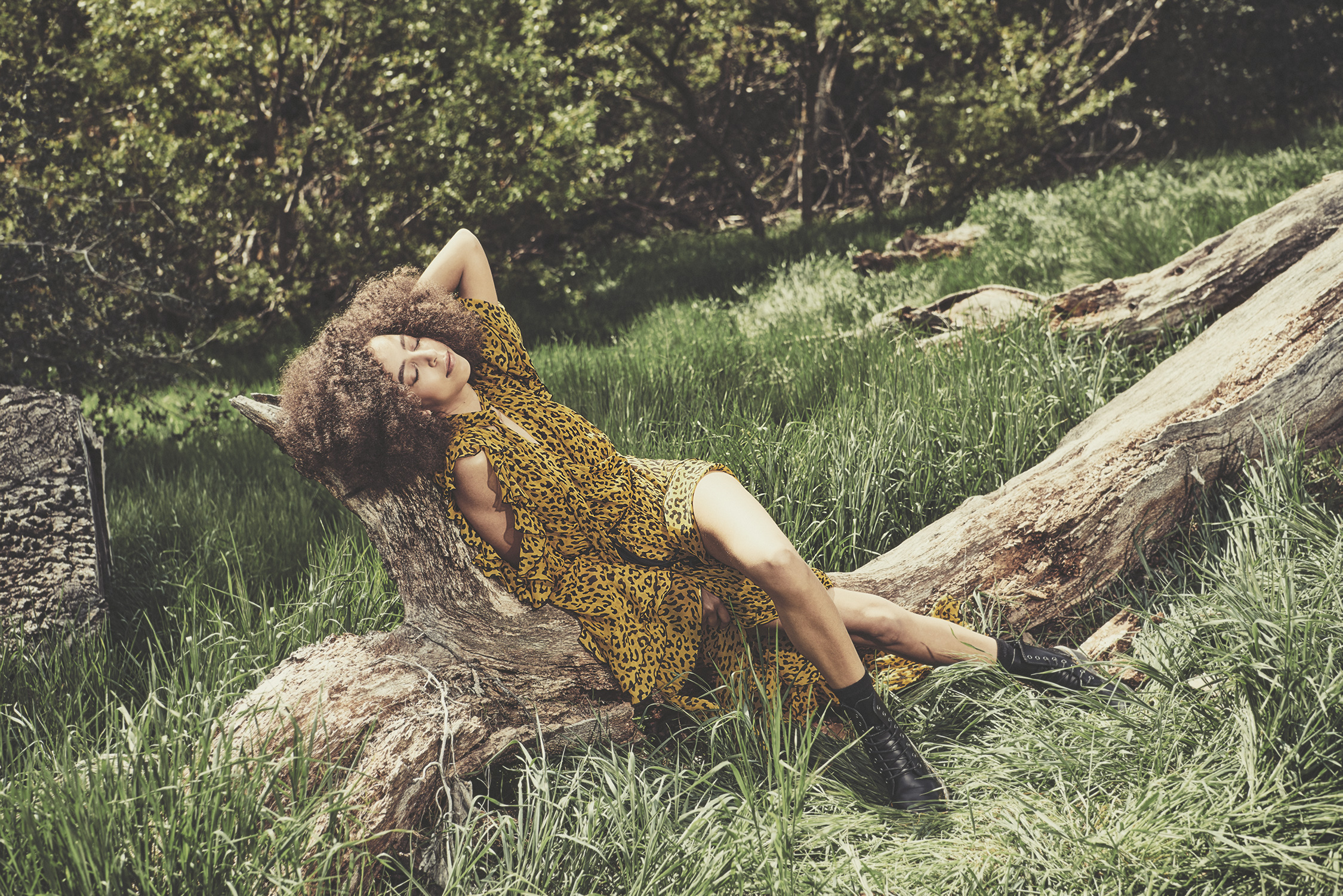 CK What is it like having this reaction from the world, did you know this was going to happen at all?

HL No, not at all! To be honest, after the pilot, I was thinking, O.K. Cole Sprouse is in it, so people are going to watch it because they want to see what he is doing and what he looks like now. Before they resurfaced to acting, you always see those BuzzFeed articles that are like “ The Sprouse Brothers, where are they now?” Plus, everyone is interested to see what’s going on with Luke [Perry] and actors they knew from when they were younger who are parents on ‘Riverdale.’I actually just went to Poland and people knew about the show and knew who I was. It was surreal, I just can’t believe it.

CK They did a really good job casting everyone. What is something about Riverdale that the audience does not get to see. What is your relationship with the other members? How are you off-screen with each other?

HL Everyone is so supportive! I sing as well and I have done a few shows in Vancouver and everyone always comes to my show and is truly so supportive. I hear horror story about sets, and cast, and people not getting along, but everyone is so down for each other. You know what I mean? They are so creatively supportive. Also, something that people don’t get to see or know about filming is that a lot of little scenes can take five hours to shoot- the more people that are in the scene the longer it takes. It’s wild! 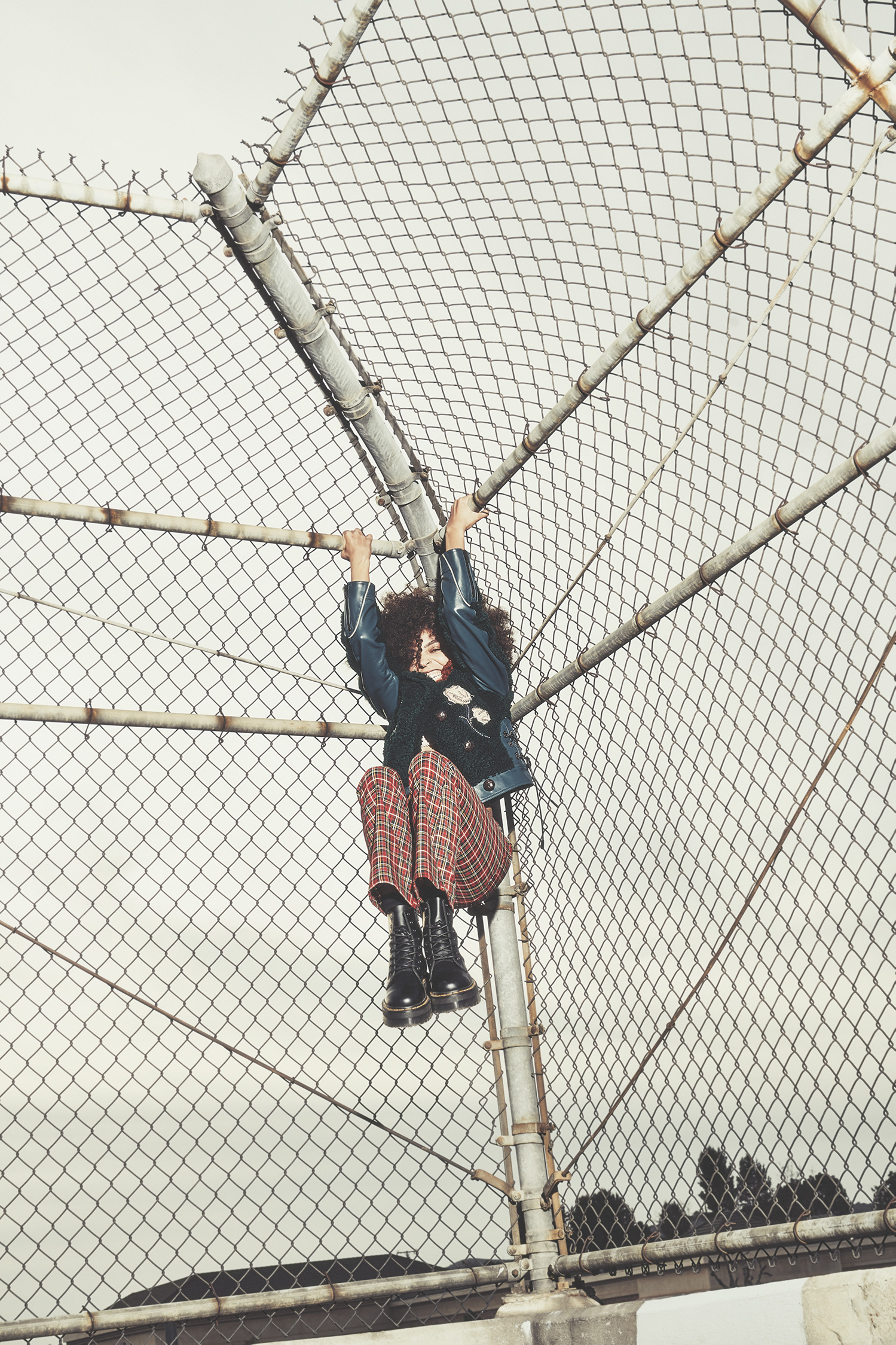 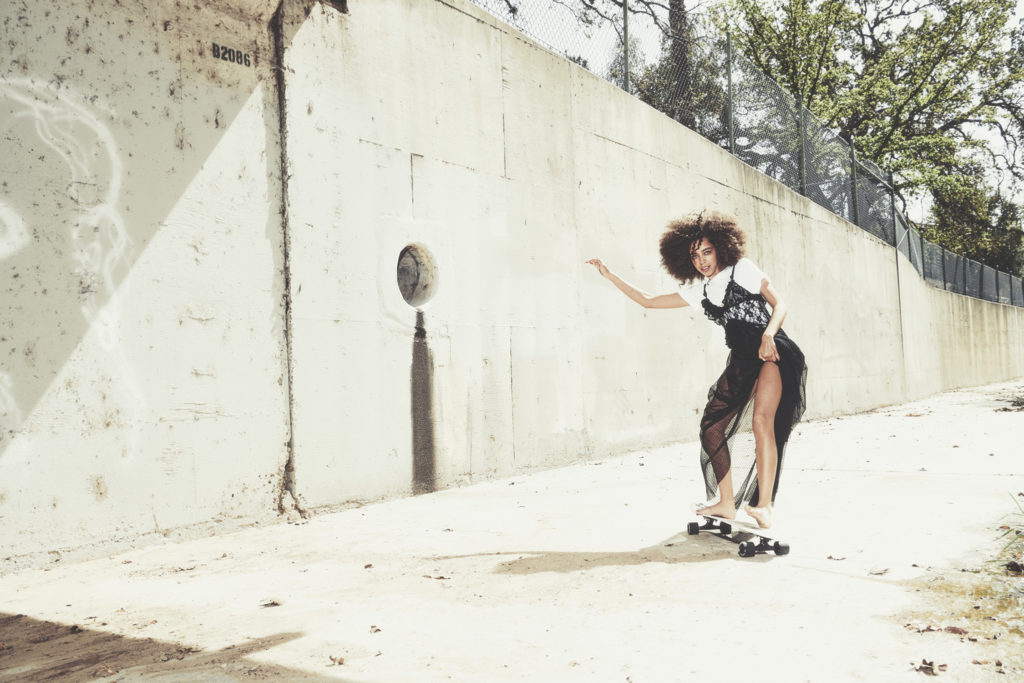 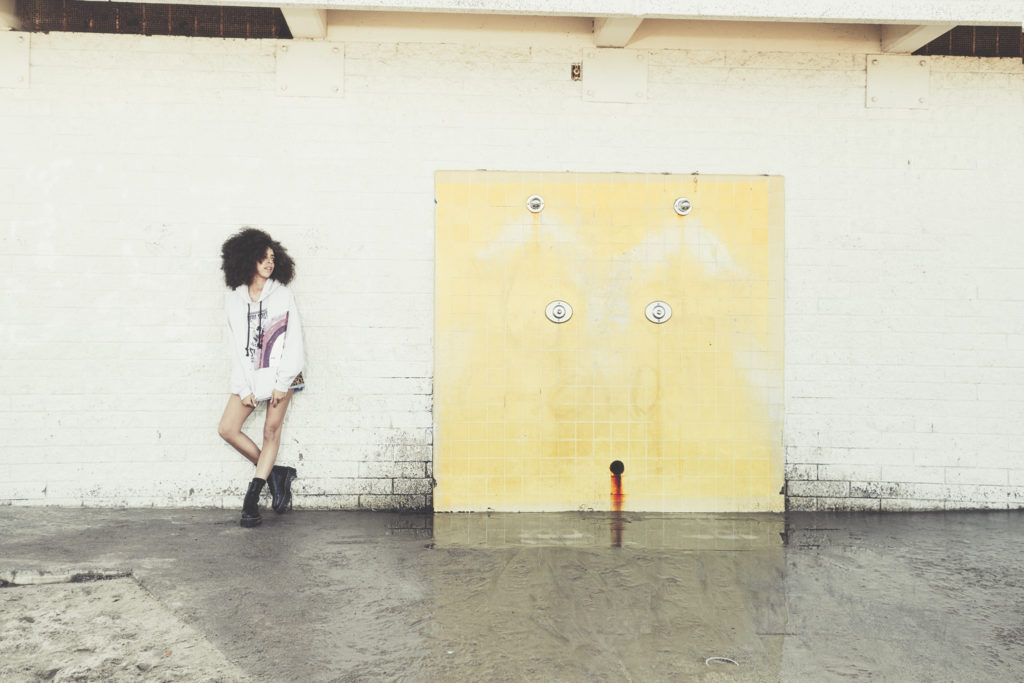 CK I love how humble you are, you’re like “Oh I also sing” as if you don’t make the most beautiful music on the show. So casual. You’re relatively new to acting, I was looking up all of your credits and they were only from the past couple years.

CK and all of your character are super independent and these badass characters, so what stands out to you when you read scripts? Is there an aspect of a character that you always want to play that kind of person or is there something you tend to shy away form?

HL Definitely, I am always looking for different kinds of character- I don’t want to be boxed into one particular role. Especially right now, being a female, I am definitely looking beyond the script. I get kind of crazy now, I look up who’s writing it, what other scripts they write, and how they write about female characters. Not just the project I’m up for, but their past projects. You don’t want to jump into working with someone who has made people look like shit in their last project, and so when you are in their upcoming project- people already have an opinion about it. I feel like I am always looking at the back story, about the person and how their portraying this girl. Even my character now, Lizzie, she is a sex worker who was beaten. I kept thinking, “Well, this has to be done really well because I’m not down just to play a dead prostitute.” There has to be a good story behind it and luckily the story behind it was incredible, but it may not have been that way.  There are definitely some movies where they have a naked girl to have a naked girl- they’re just having boobs to have boobs… pointless nudity is not tasteful at all. I am always looking for a project where the chicks are badass. Even if they have moments, because regular people have their moments where they are a fuckinh mess. I want to be able to overcome it or help people overcome it eventually, you know what I mean?

I feel I am supposed to act or sing to get to something bigger that I haven’t quite figured out yet out, but I know it is to help people in some way- I just don’t know the specifics. 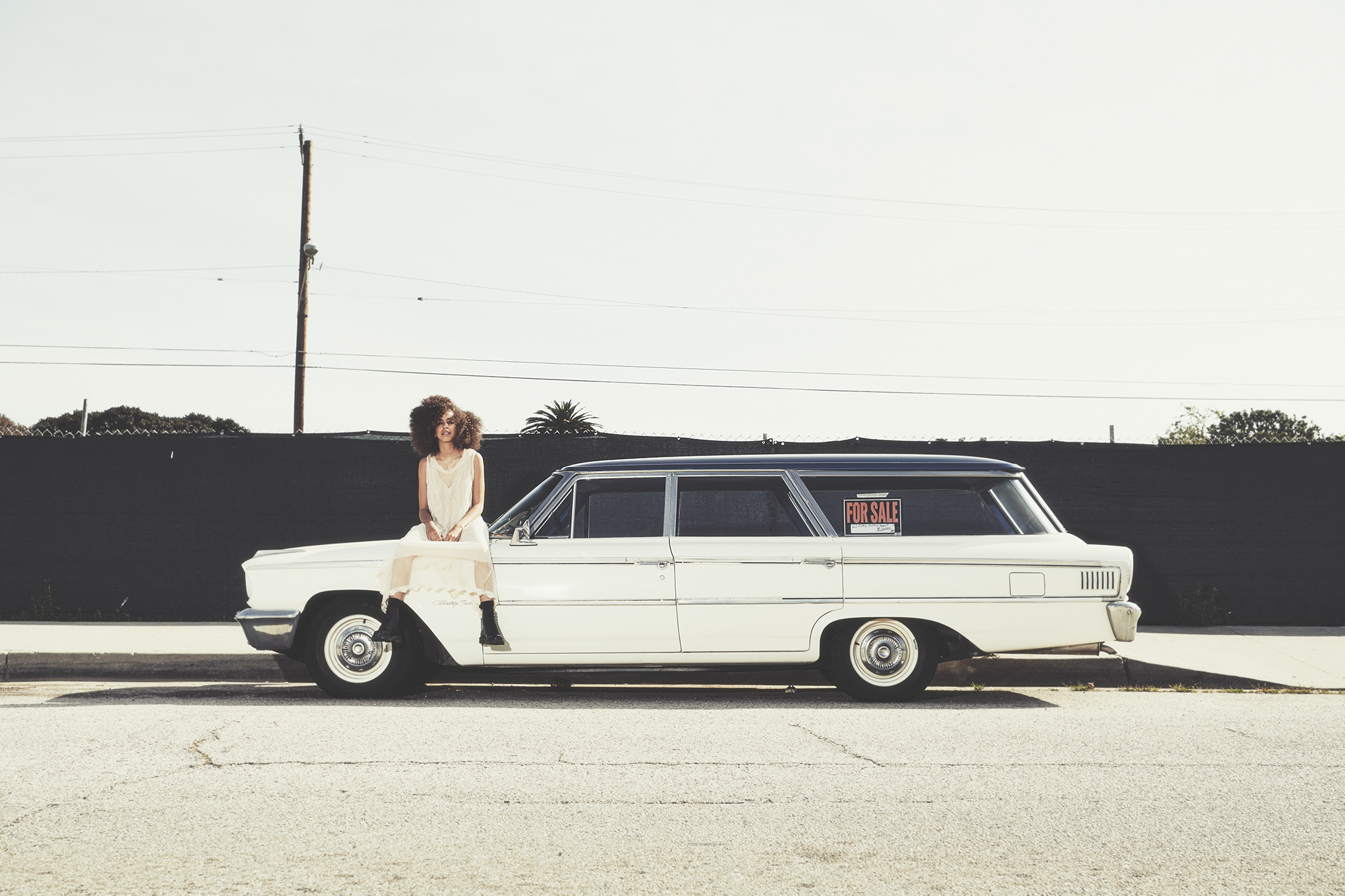 CK Of course! And you lead in perfectly to my next question, it’s about ‘Altered Carbon.’ You are playing a sex worker seeking out revenge. What did this character mean to you, you obviously haven’t been in this position in real life.. So what does this mean to portray this character?

HL When I first started with the role I don’t think I saw as deep into it. The first day I was on set we were doing this scene where I was sobbing and bleeding and all this shit. They still didn’t really tell me what was going on because it was the first day and Netflix is super crazy secretive about what they are doing, which is great, but I didn’t really understand what was going on with this character. But then I sat down with our showrunner-  she was telling me how this character develops and I was like “Oh my God!” Although this is very extreme version of this, we’re in the future and my consciousness is in an alternate reality. People go thought things like this. Not at the point where your brain has to be put into a computer but in the real world, sex crimes happen all the time and people have to live with it. I just left set and immediately was like I have to do this role justice and make it really honest and really sad and I don’t know, it’s hard to research into something like that but I tried to put myself in that position and it made me kind of fucked up for a little bit, but I think it worked out. 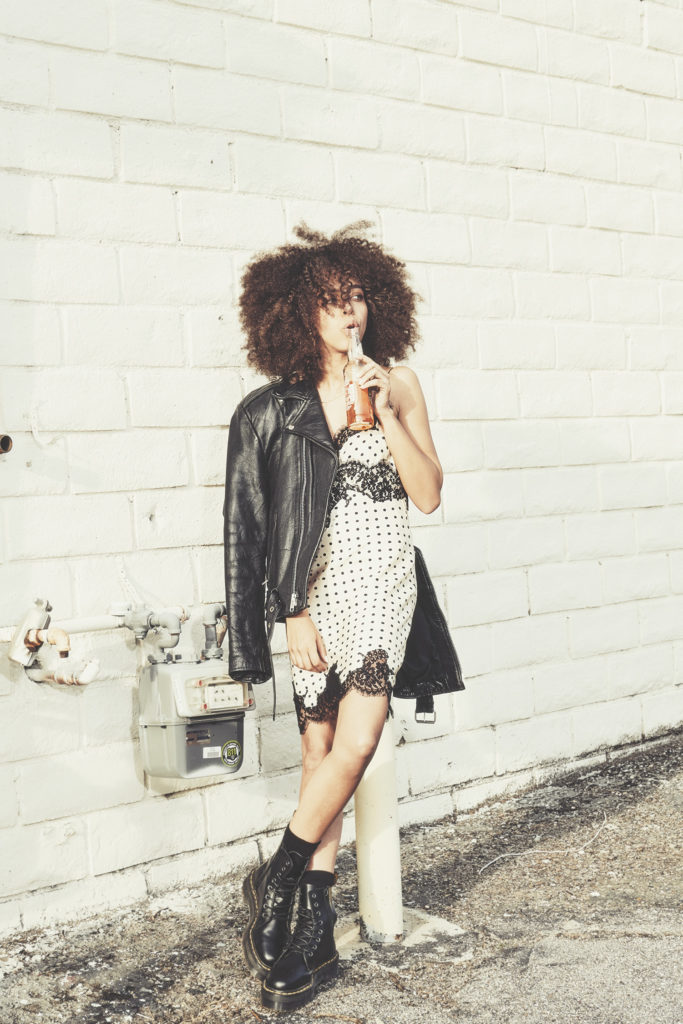 CK You have a lot to look forward to, you have a ton of new movies coming out and hopefully a very long career ahead of you, so what are you looking forward to the most?

HL Booking the next job! Acting is so uncertain I feel like even when I was shooting Riverdale season one. We had 12 episodes, I was thinking, “What if I never book anything after this, what if I never work again?” I am always so crazy about it. But I feel like this is something I didn’t think I could do initially and I am looking forward to see what other roles I can do. I really want to do action movies, like weird because I did a little bit of Sci Fi with ‘Altered Carbon’  but  I want to go full out,- I want to be all out like ‘Avatar’, I want to have body paint and prosthetics kicking ass for two hours. I am also looking forward to my current projects that are coming out soon.

CK Are there other areas of the industry you want to work in? Are you interested in producing or directing. Do you want to focus on music at some point?

HL Yeah! I am just finishing my EP. Finally! I’ve actually been working on this before I was acting, but I have just been on projects so much I haven’t had time to do it. I just finished a project that I have been working on for two years. Besides that, I definitely want to write a comedy really badly. I’ve never written anything before, so I am scared to show it to someone and have them be like “What is this? The structure and everything is so off!” I don’t know, we will see. But I am definitely going to write anyway.

CK When can everyone expect to hear your EP?

CK Here at Sbjct, we always ask those we sit down to interview, “What’s your sbjct?” What inspires you, moves you, what are you really passionate about in life. Something you want to discuss and want the world to know this is what you are fighting for.

HL This is going to sound really cheesy, but since I was little I have felt like I’ve always really liked to connect with people. If someone is new to the city or needs help- kindness, honest to God, changes people and a smile is universal. I feel like I was growing a platform, not even because I enjoy acting or music, but for something bigger. I feel I am supposed to act or sing to get to something bigger that I haven’t quite figured out yet out, but I know it is to help people in some way- I just don’t know the specifics. That sounded so deep and a little bit like Ellen DeGeneres at the beginning haha! x 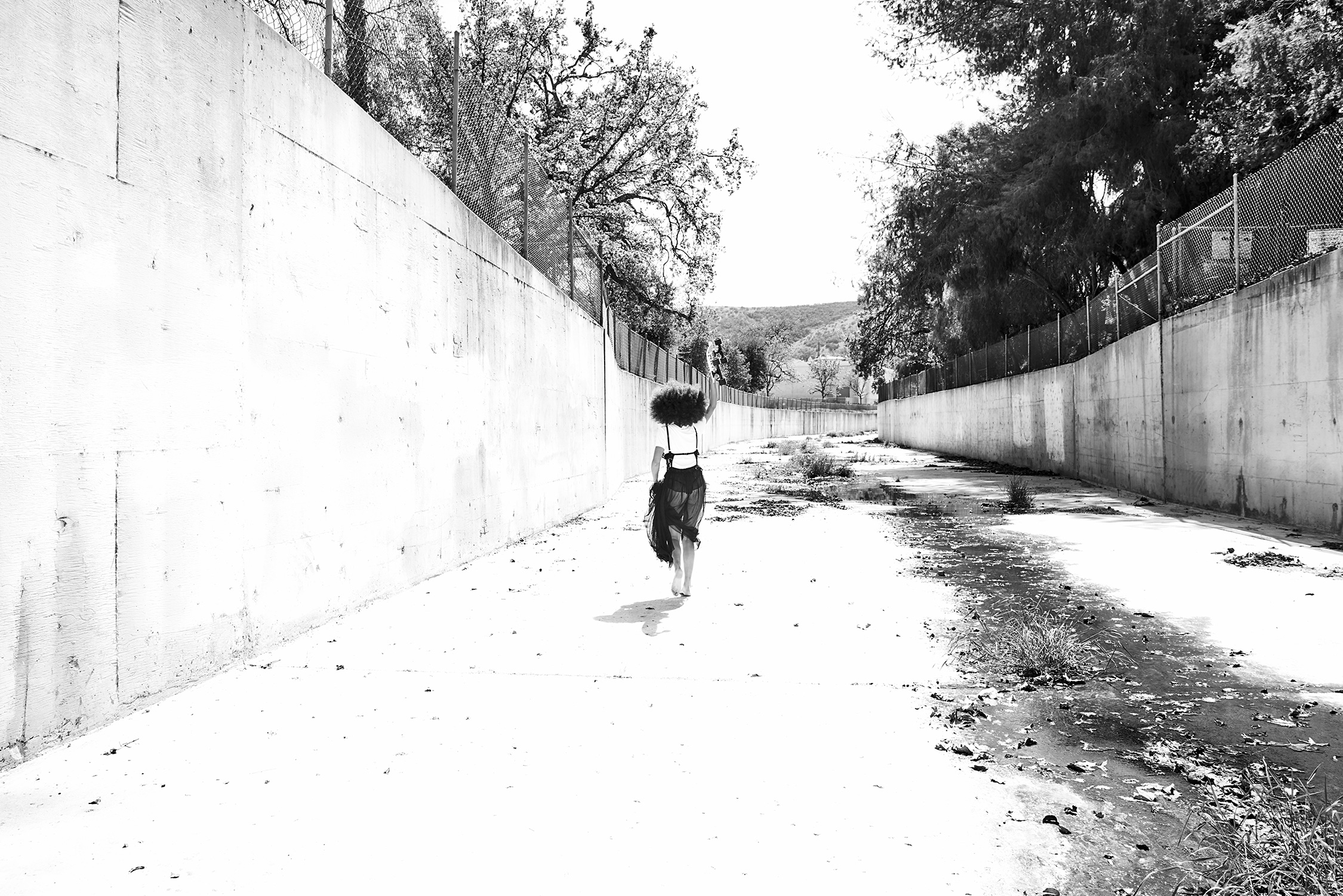 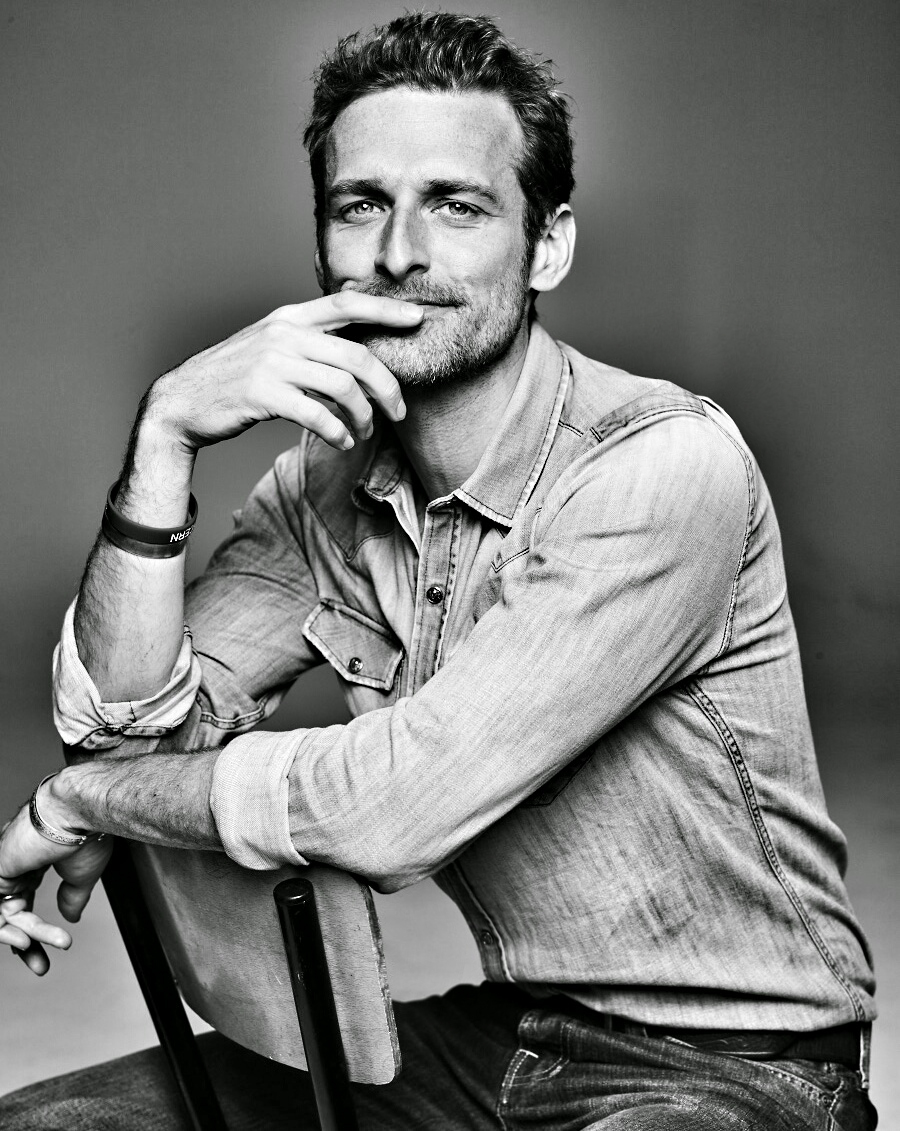 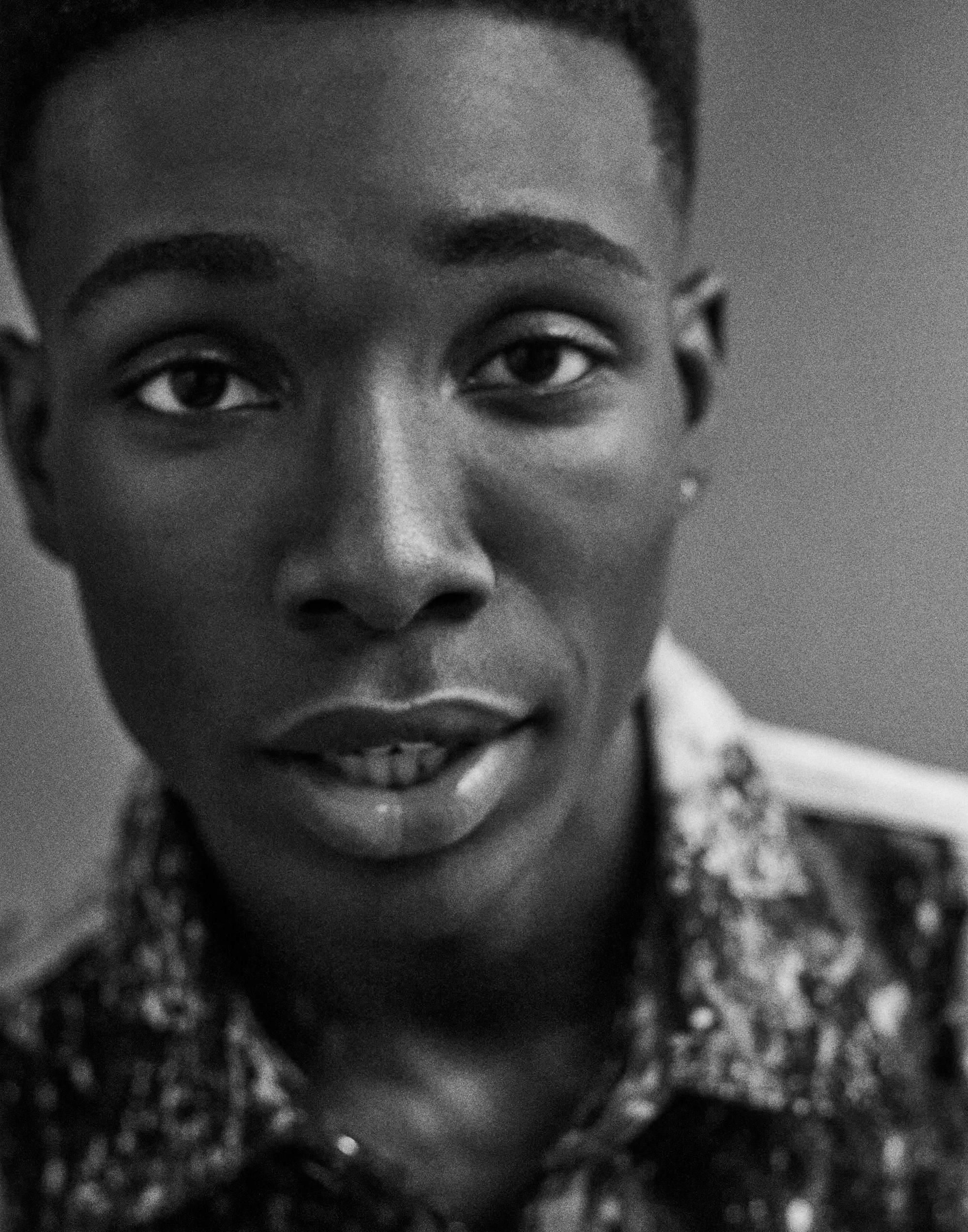 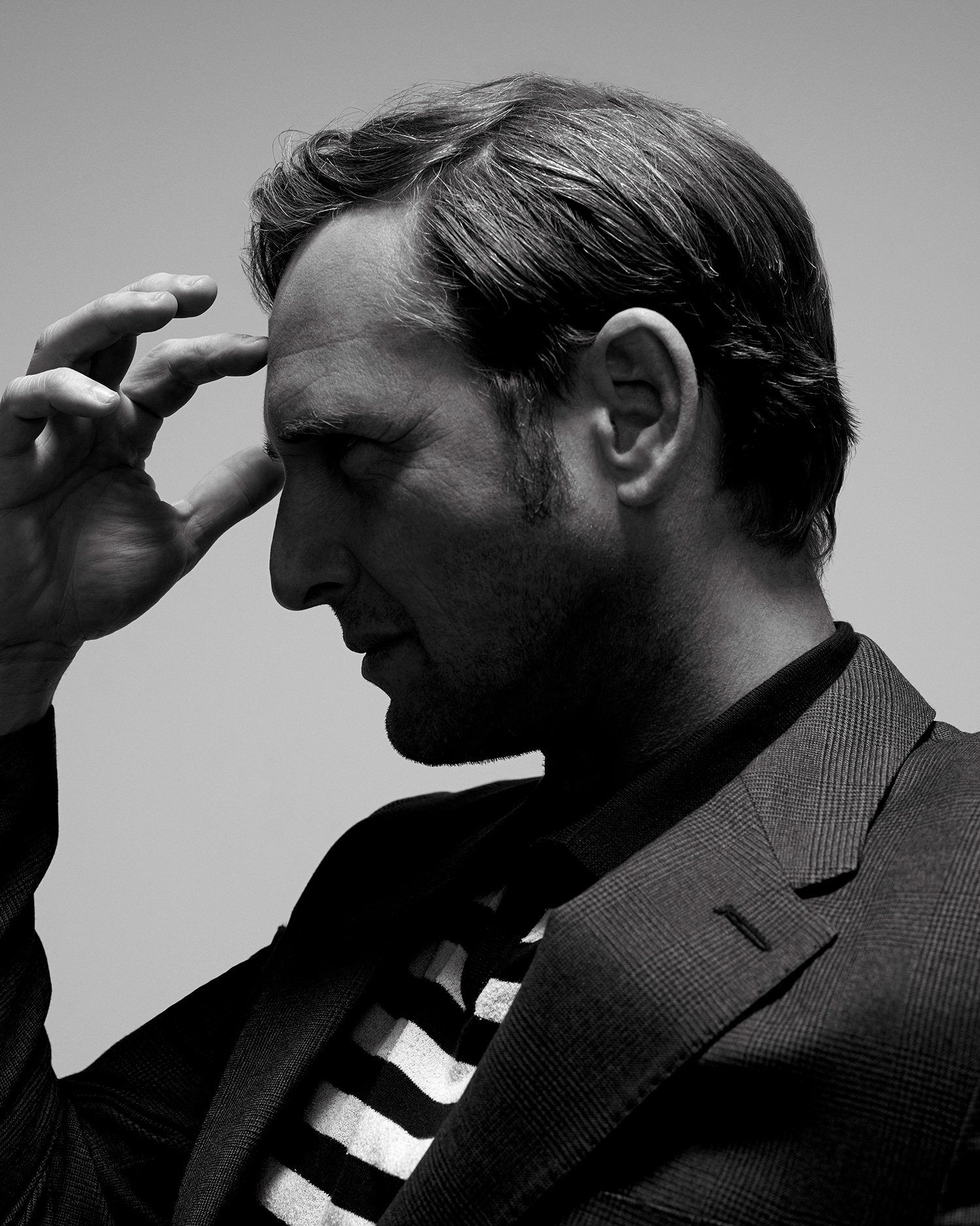