Daniel Jack Lyons is a NY-based photographer and qualitative researcher committed to human rights and social justice. Photographs from his Mahotas series, featured here, focus on a mental health clinic fighting the stigma of mental illness in Mozambique. Through a documentary method called photovoice, Daniel helps his subjects conceptualize their stories, providing them with an advocacy tool and a platform for social progress. 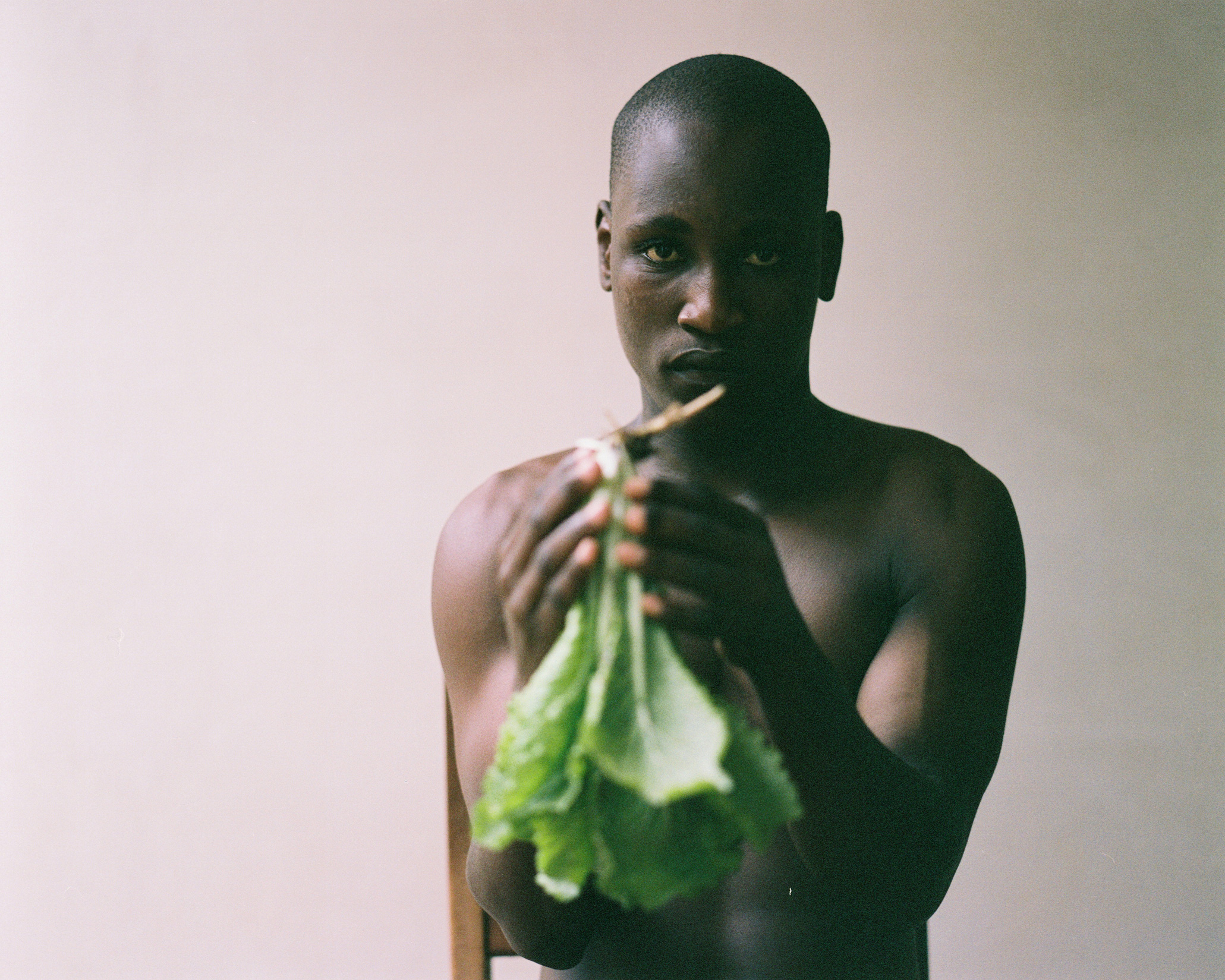 PHOEBE DE CROISSET From Monterey to Mozambique, to a Masters in Public Health and Medical Anthropology at Columbia, the Peace Corps, Ukraine – not to mention your work with AMFAR and the UN, you have been in the business of global health for what seems like a lifetime. Can you pinpoint where this journey and this mission began?

DANIEL JACK LYONS If I really went back in time, I think it all started when I was in college. I was the only one in my high school to get a full ride art scholarship, which was really exciting. It was to California State School, and I chose Monterey because it was on an abandoned military base which was really cool. But it was a brand new school and not yet accredited so the art department had very few resources and no structure whatsoever. They asked me to choose what I wanted to do, and I was interested in sculpture and photography, so they set me up with a local welder and gave me the keys to the darkroom. It was fun the first year, but eventually I started to question what I was doing. It felt like a waste of my resources – I was paying all my expenses at the time…

PC So what did you decide to do?

DJL Well, two things happened. I came out. And then 9/11 happened. My art became very political – not just queer politics but imperialist politics, global politics… I didn’t have a basis for any of this stuff, and although I was writing these artists statements, I felt lost in them. So I sent them to a friend I used to go skateboarding with who was in social history – he suggested I give them to this professor who read them and said “You have to take this class of mine called Domination and Resistance.” I took this course with him and it changed my life. It made me realize I didn’t have to be making art to make a statement. I changed my major to sociology and anthropology, which meant I had to get rid of the scholarship which was tough because I had to work two jobs on top of my studies. But it’s the best thing I ever did. And that’s what made me want to join the Peace Corps, and the Peace Corps is what took me to Mozambique, and Mozambique gave me this experience in public health and then when I moved back to NY, I had all these pictures that I had been taking the whole time I was away, and so it all came together.

PC Fast forward to today – you are working in countries all over the world. How do you choose an area of focus?

DJL My work gets passed around in human rights and public health circles. I would like to think I have planted some seeds, in Ukraine, for example, where I have traveled three times and where I feel a sort of magic that will call me back for many years to come. For the most part though, I go where I can get work. Here in NY, I have to hustle a little to get the jobs. And I am usually hired as a researcher, but often times they see my photographs and hire me for that too. 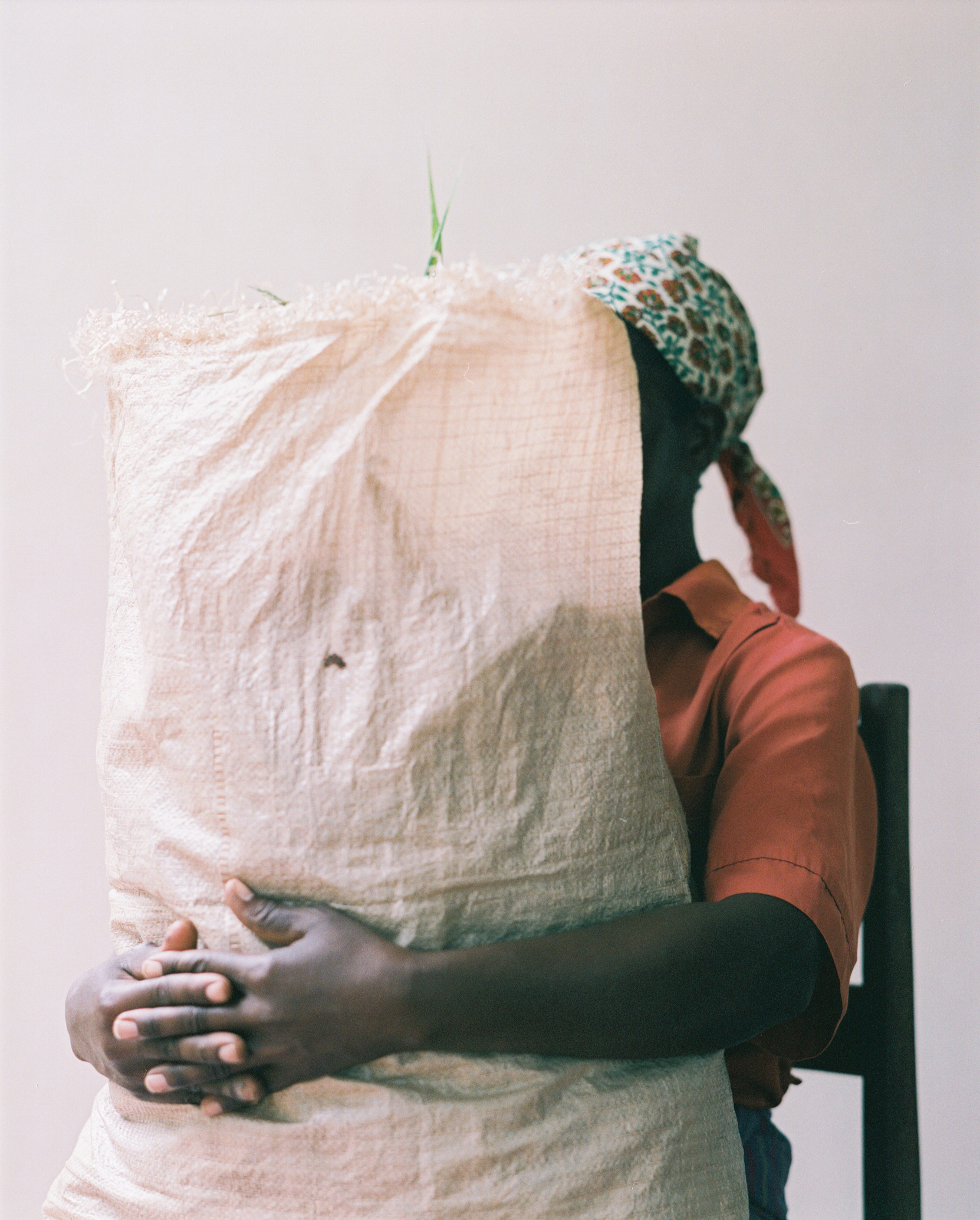 PC So you’ve carved out a niche for yourself that marries photography with research. How does photovoice play into that? From reading about it, I sort of think of it as reverse photo journalism…

DJL Yeah! It is sort of like that. Because it’s taking the camera out of the hands of the outsider and giving it to the person who’s living the experience. This idea comes from an area of research called Medical Anthropology.

PC How do you use it in your work?

DJL Whenever I arrive in a new place for a project, before taking out my camera, I distribute cameras to a group of people experiencing an issue. We talk for a long time about what they are going through, and then together we come up with a few questions that they go out and answer by taking photos. The photos become a tool for the interview. We do focus groups and see how everyone answers the questions in unique and often different ways, and then we come up with new questions, and the cycle continues. 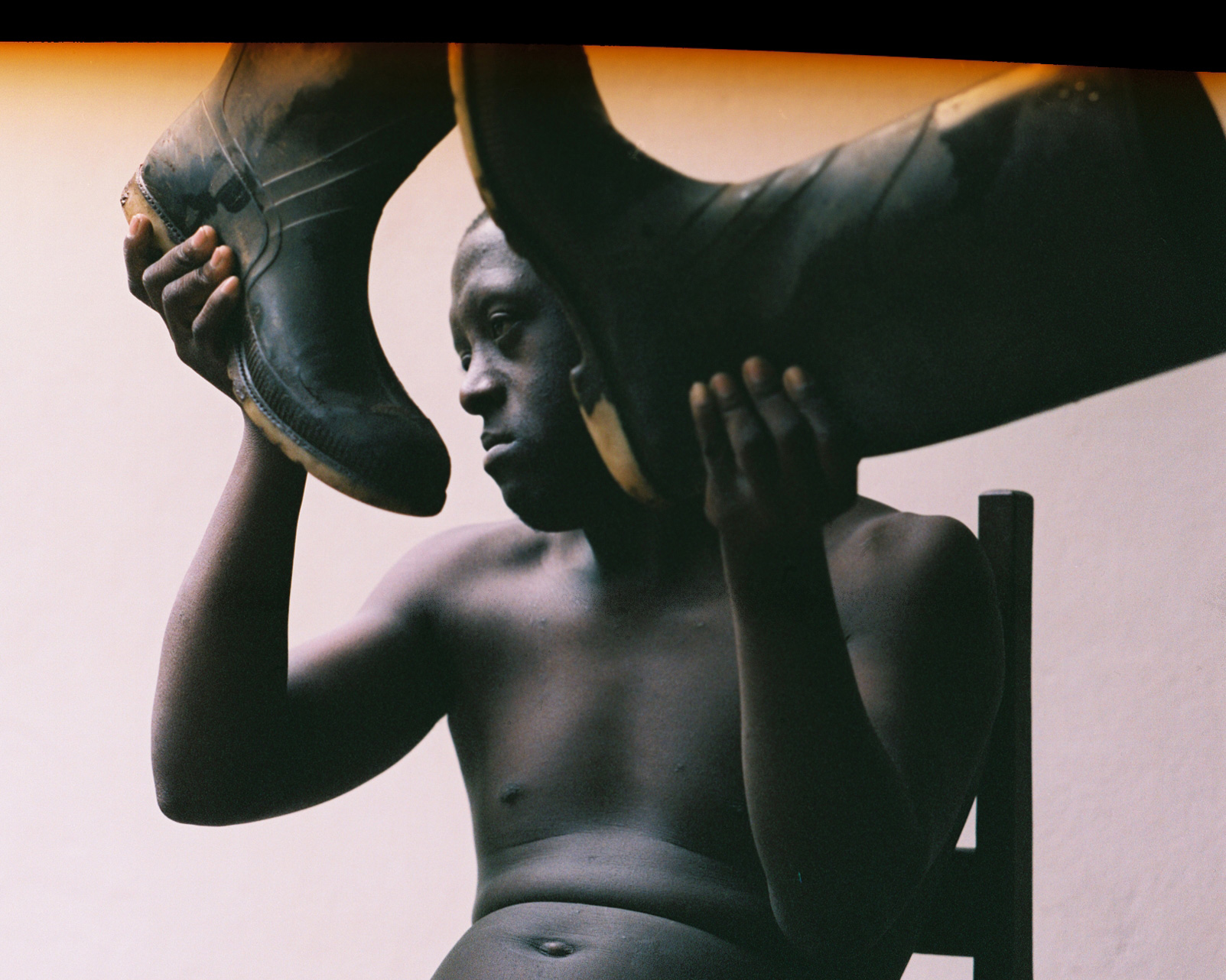 PC Why is the photo so helpful? Wouldn’t talking about the issue be just as useful?

DJL Imagine something very traumatic happened to you or your family. It may be difficult to talk about it, but if you showed a picture of something related to it, you would have this third party separation. A good example is when I did this with Ebola survivors. This was a really hard thing for people to talk about. It was so fresh; family members hadn’t even been buried yet, and there I was asking them to talk about what their experience was like. I found that people had a much easier time talking about it through their photos than just one on one. Because while talking about their photos, they were inadvertently talking about their situation. I see that every time I do photovoice – even if it’s not a sensitive topic. 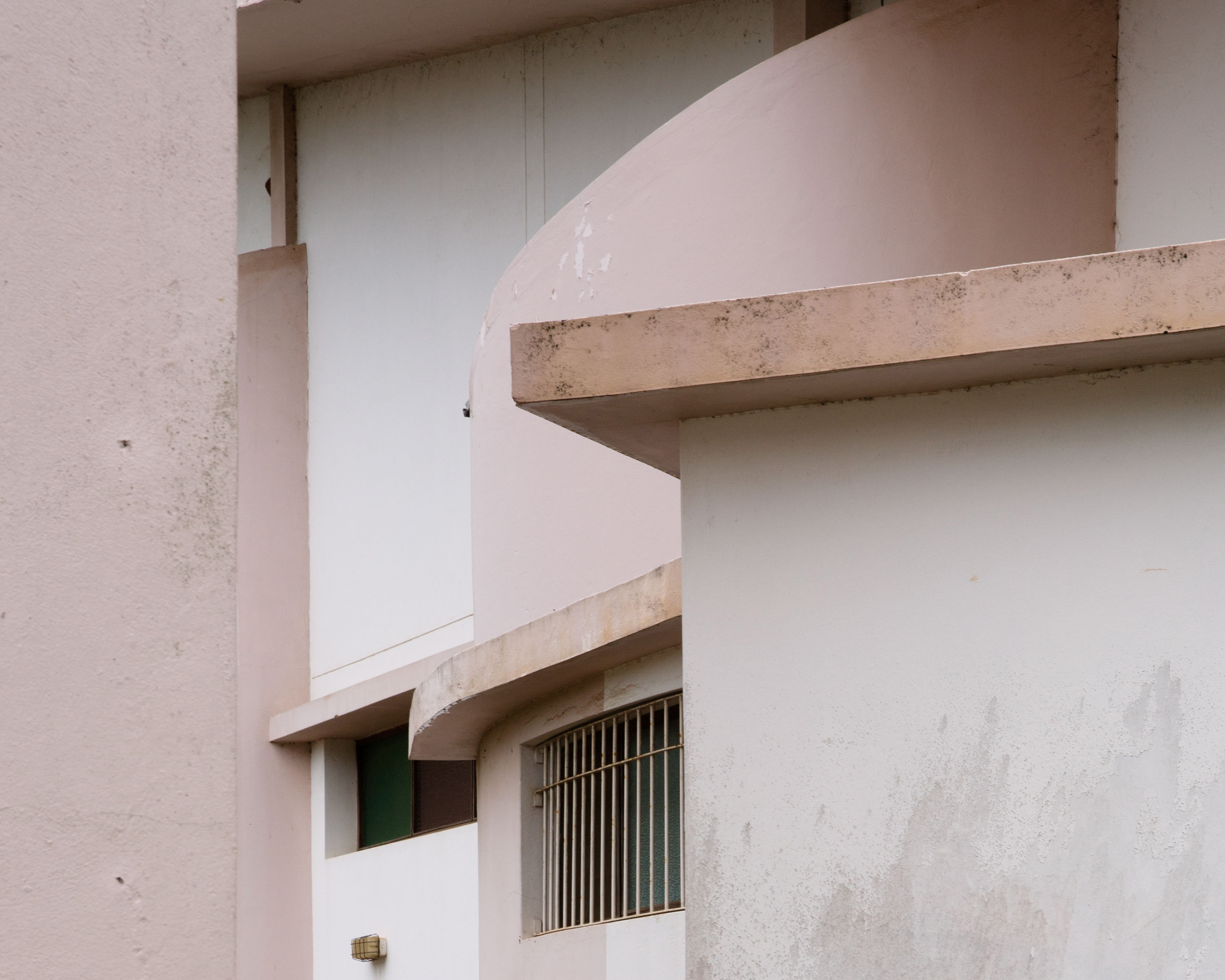 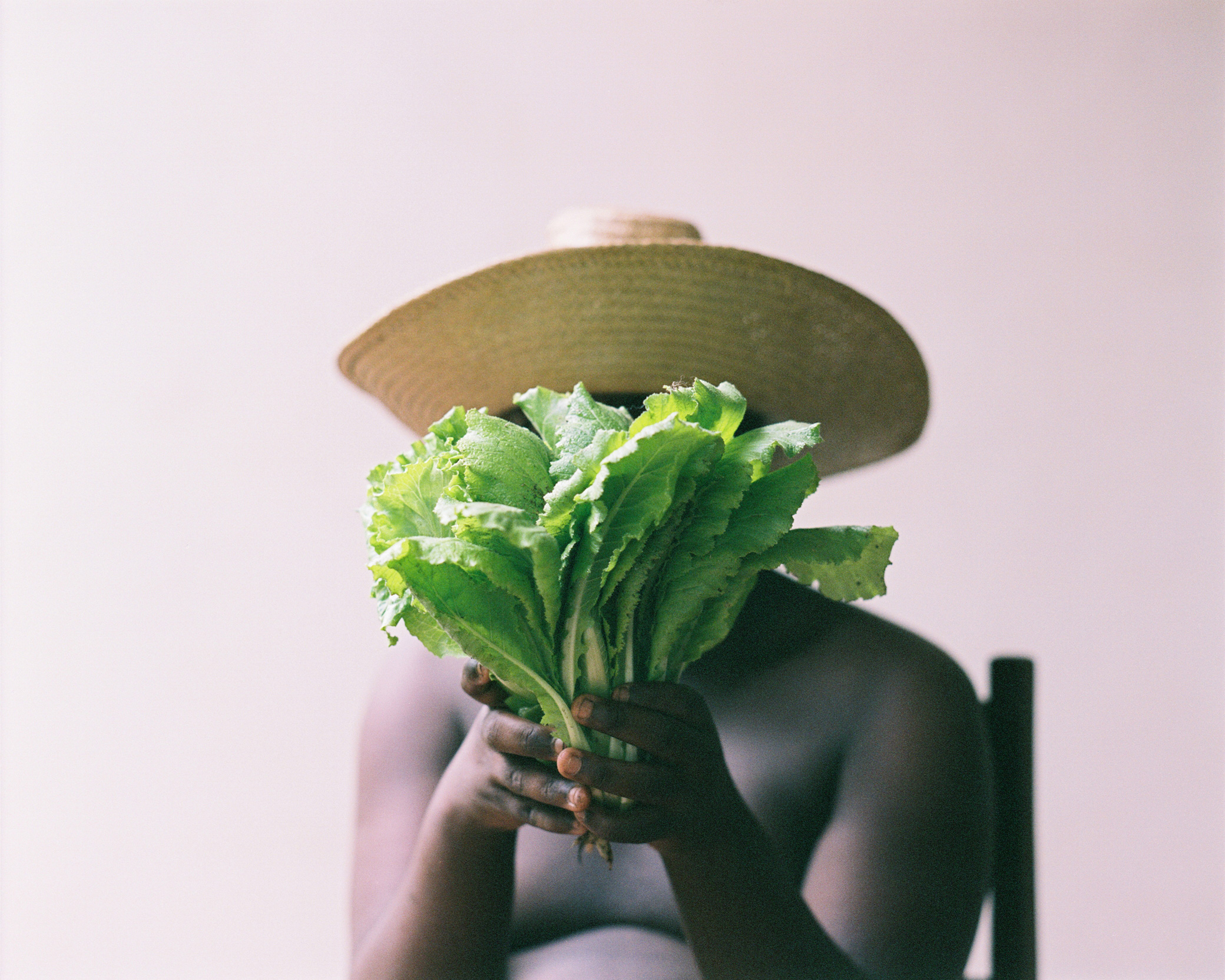 PC Your arrival is likely the first time many of these people have seen, yet alone used a camera. Do you give them any direction or training?

DJL I don’t. Some researchers assume I would do that since I am also a photographer. But I don’t. If a child has never drawn a picture, do you tell them what to draw? There’s so much beauty in mistakes and self-discovery. And I think that is so important. At the end of the process, I do offer some training and tips to anyone who is interested in learning more about photography.

PC How is your own photography affected by the fact that you enter these spaces as a researcher?

DJL Entering a place as a photographer immediately means I am going to be an outsider. People are going to be more guarded. But entering as a researcher, someone there to interview and understand them, that creates a rapport. They are not seeing me as a person who is there to capture their image and so they are more relaxed.

PC Which yields a truer representation of the subject…

DJL Yes, and that is really important to me, especially in a portrait, where you really feel a chemistry. 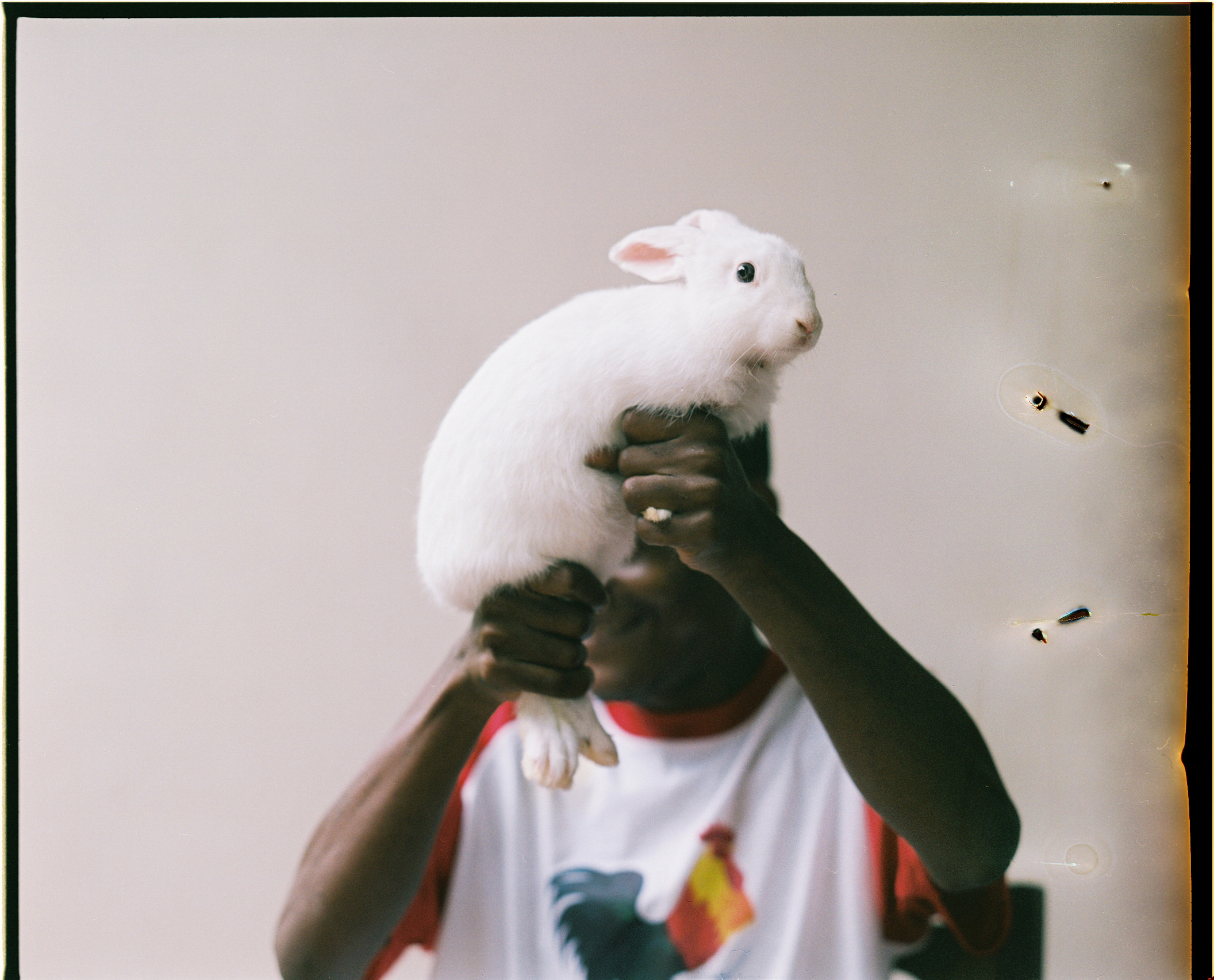 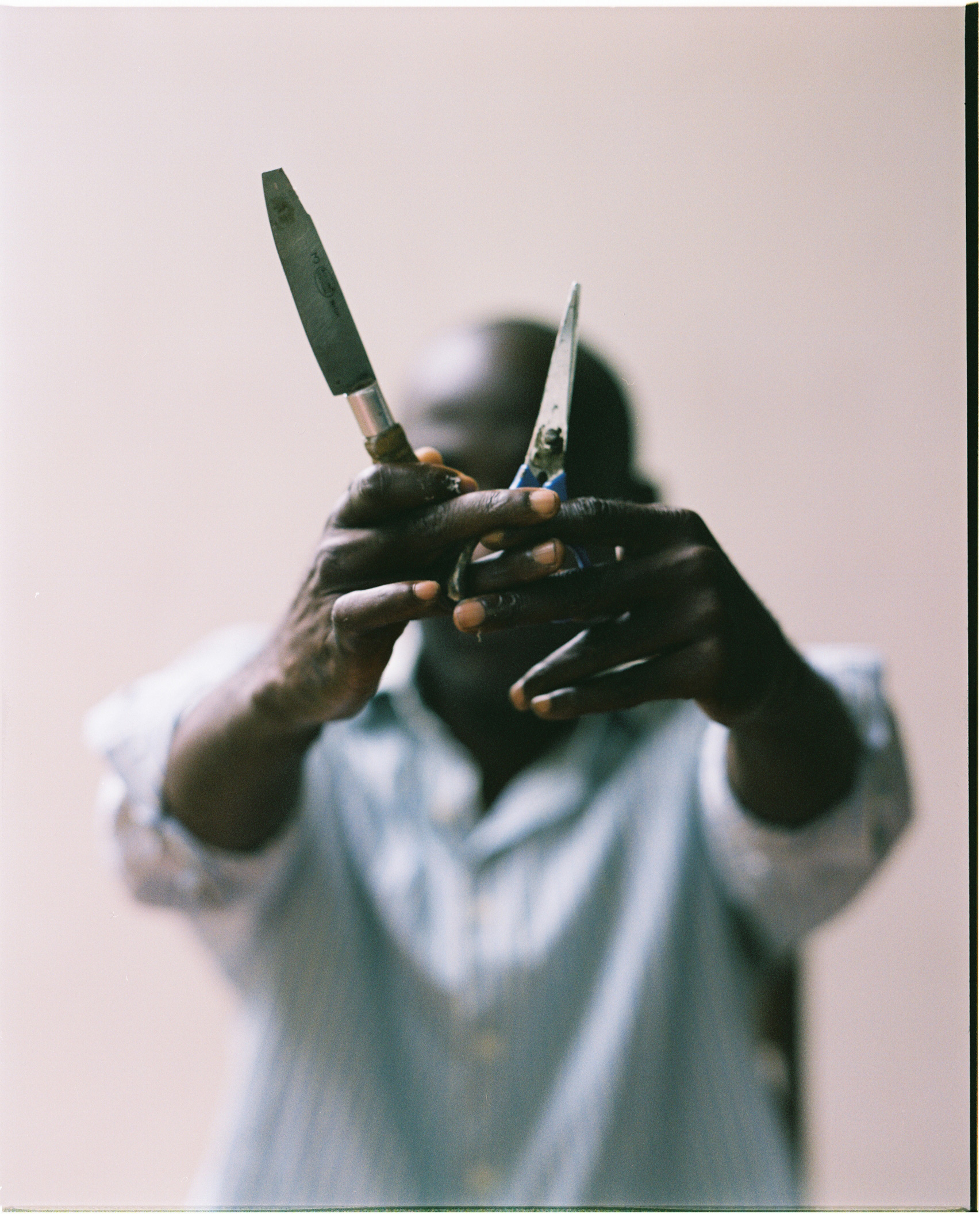 PC Apart from your research mission, you also have a personal photographic mission, which is to portray the strength and resilience of your subjects, rather than viewing them from a place of pity. How do you do that, when so much of what you witness is so grim?

DJL People always say to me “it must be so hard for you to see so much poverty and sadness all the time,” and it is. I work in communities, many in Africa, facing incredible hardship; disease, discrimination and socioeconomic challenges. But what is always remarkable to me is how people are able to persevere and to overcome those challenges. I have a very ethnographic approach to my photography. I really invest myself in my subjects before I even take out my camera. I interview people and spend time with them, and so by the time I do take out my camera, I have already heard their stories of resilience, I have already heard about how Ebola came to their village and even though many members of their family died, they were able to keep themselves healthy and their children safe. So I am really inspired by their resilience, and I take the photograph from that place.

PC Your Mahotas series is focused around the issue of mental health in Mozambique, a country that suffers from a stigma towards mental health issues combined with a lack of resources and accessibility. How does this shortage affect those in need of help, and the greater community as a whole?

DJL That’s a great question. Let’s say you’re in a community of 5,000 people, which is relatively small when you consider that a normal family size is between 15-20 people in Mozambique. There’s such a huge stigma associated with mental health issues, even a minor one like depression, that if that mental illness becomes known to other people in the community, the family gets a bad name. So a lot of the time, the way families deal with it is by ostracizing the family member. There is also a lot of local spiritual belief that someone who is suffering a mental health illness is actually cursed, or has had a spell cast on them. So that gives families justification to kick out those members. And that affects the larger community because it results in high homelessness rates and other issues. 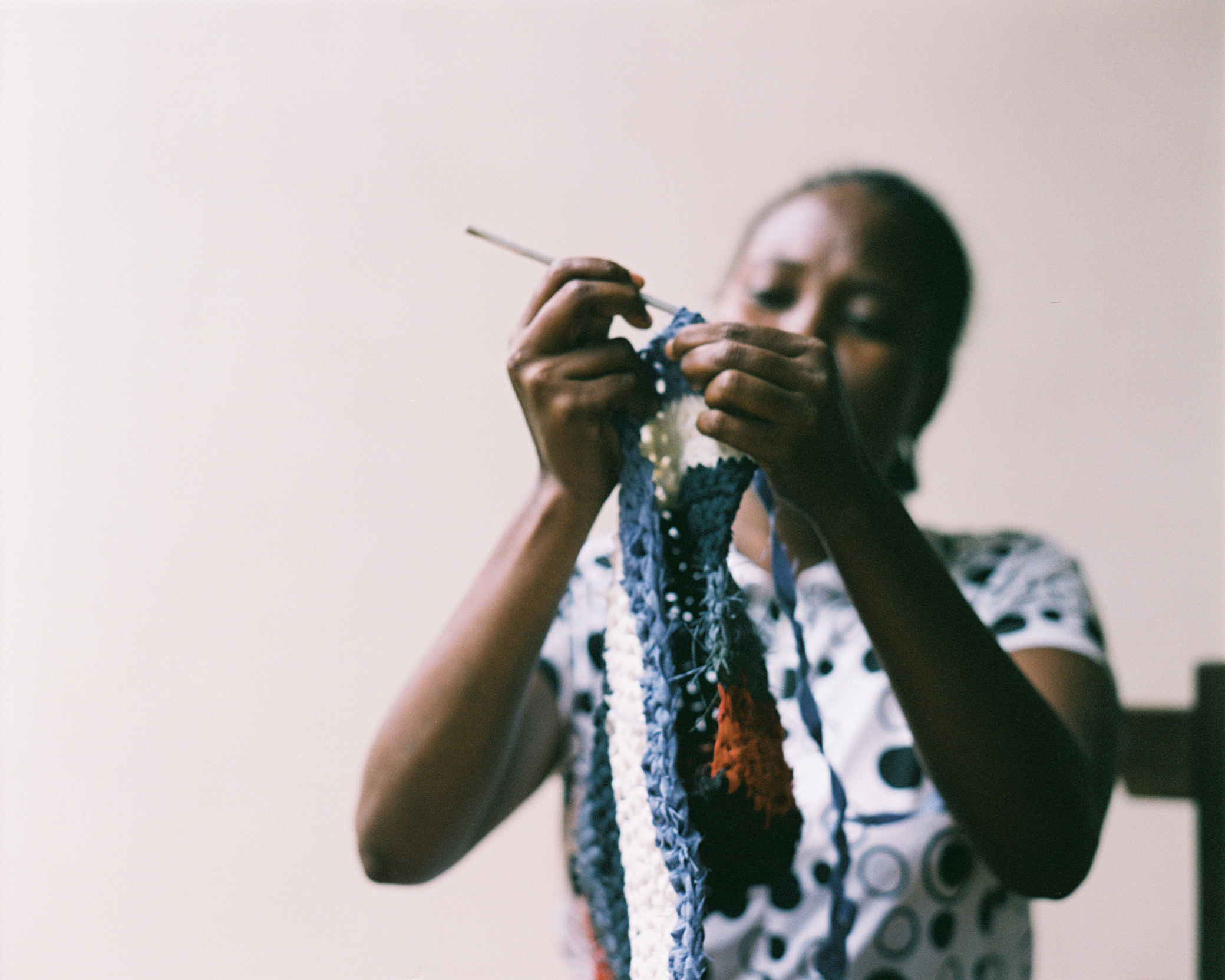 PC Are there any clinics or facilities where the outcast people can go?

DJL Yes, but there are so few of them, and so few doctors in them, and not enough medication to treat everyone. These facilities become more like a prison. Patients get to walk around in a courtyard but never get to leave the premises.

PC Can you talk about this particular clinic, Mahotas, where your work is focused? How is it different from most in the capital city?

DJL The clinic where I took these portraits is the only clinic in the capital city, and perhaps one of the only ones in the country, that is doing reintegration in communities. They will rehabilitate a patient in the clinic, but then they’ll start taking them back into the community, for a day, a week, making sure they are doing work in those communities, contributing as members, and eventually they may even help get them a house – they really oversee the entire reintegration process.

PC How do they handle the community itself?

DJL Clinicians will help to educate the people and families, help them understand these people are not cursed, and mental illness is a well-recognized problem in the West. They will show them the progress the patient is making as proof that this is a solvable issue. 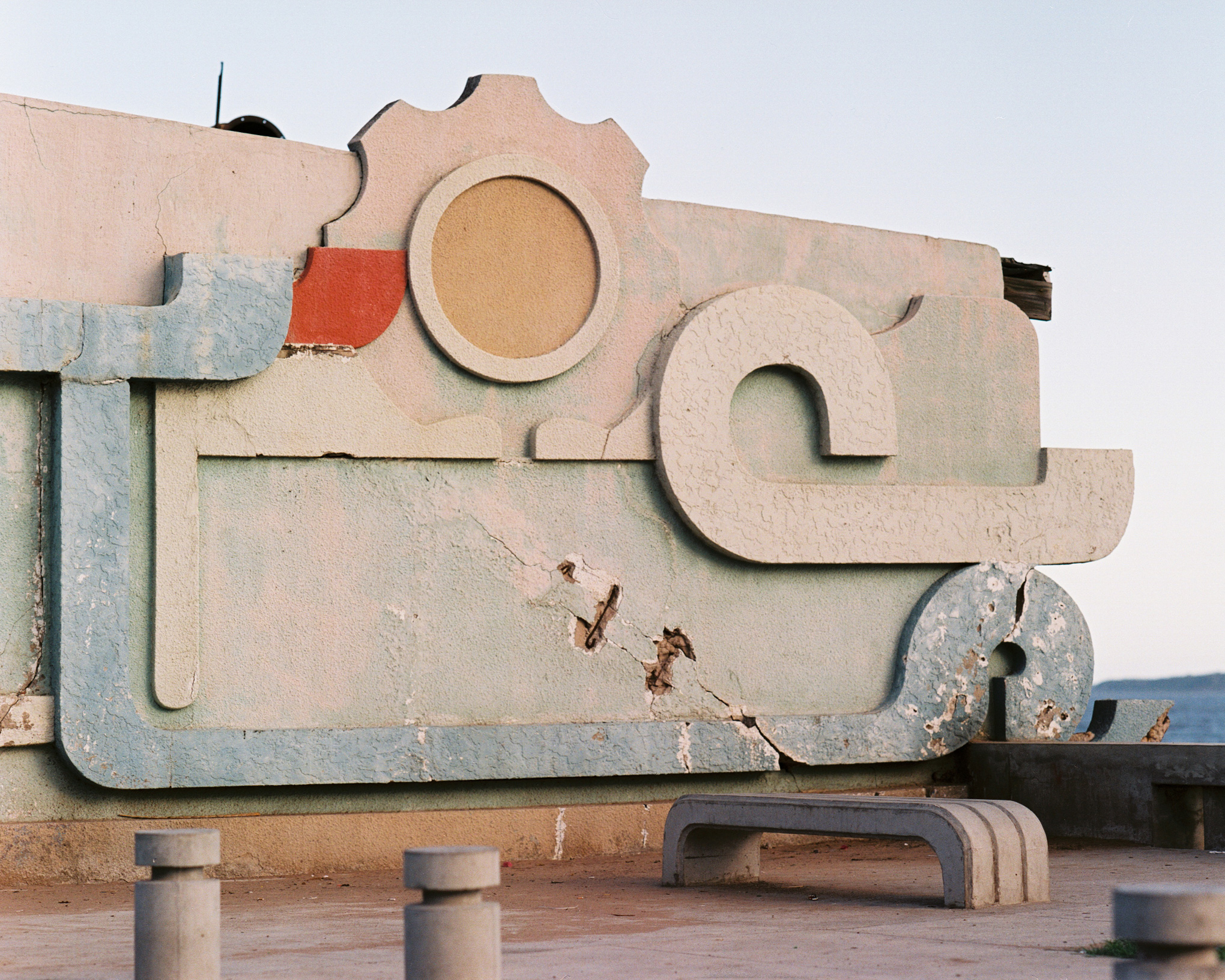 DJL I didn’t totally anticipate this being the way it is, but I am very fortunate in that I have sort of carved out a niche for myself in doing this type of project. I say project because it is more than research. Of course data can be gleaned from it, but really at the end of the day, I am taking a small group of people who are facing extreme challenges and giving them a tool for advocacy. By giving them cameras, and by discussing the photographs they’ve taken with those cameras, they begin to see that their stores have agency. Their stories can help inspire others or can help make a social change. So I am helping them foster a platform. That said, I’m not fooling myself. I am not leaving and thinking “problem solved!” But at least I leave with the knowledge that these people now have that platform for progress. And that part I feel good about. 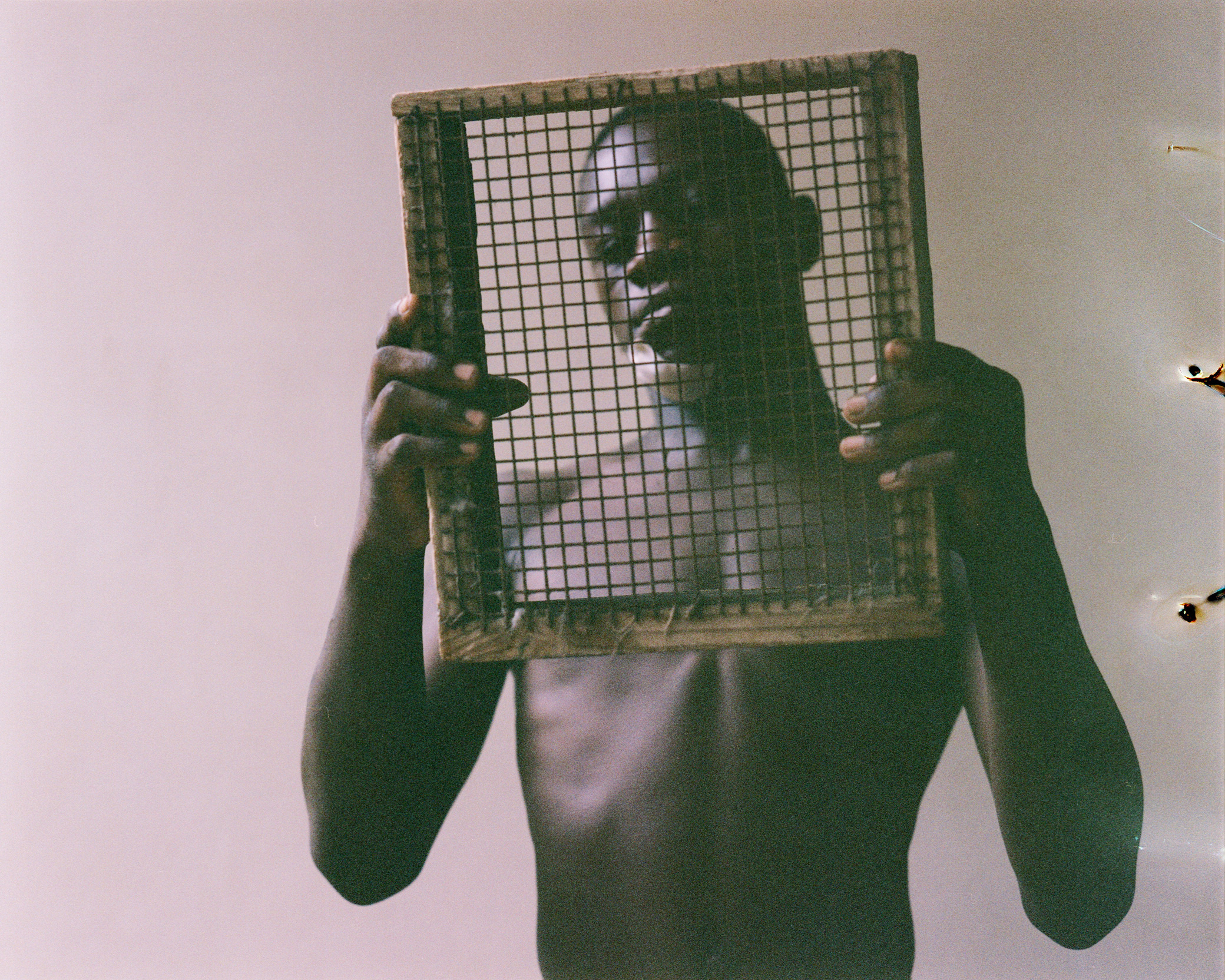 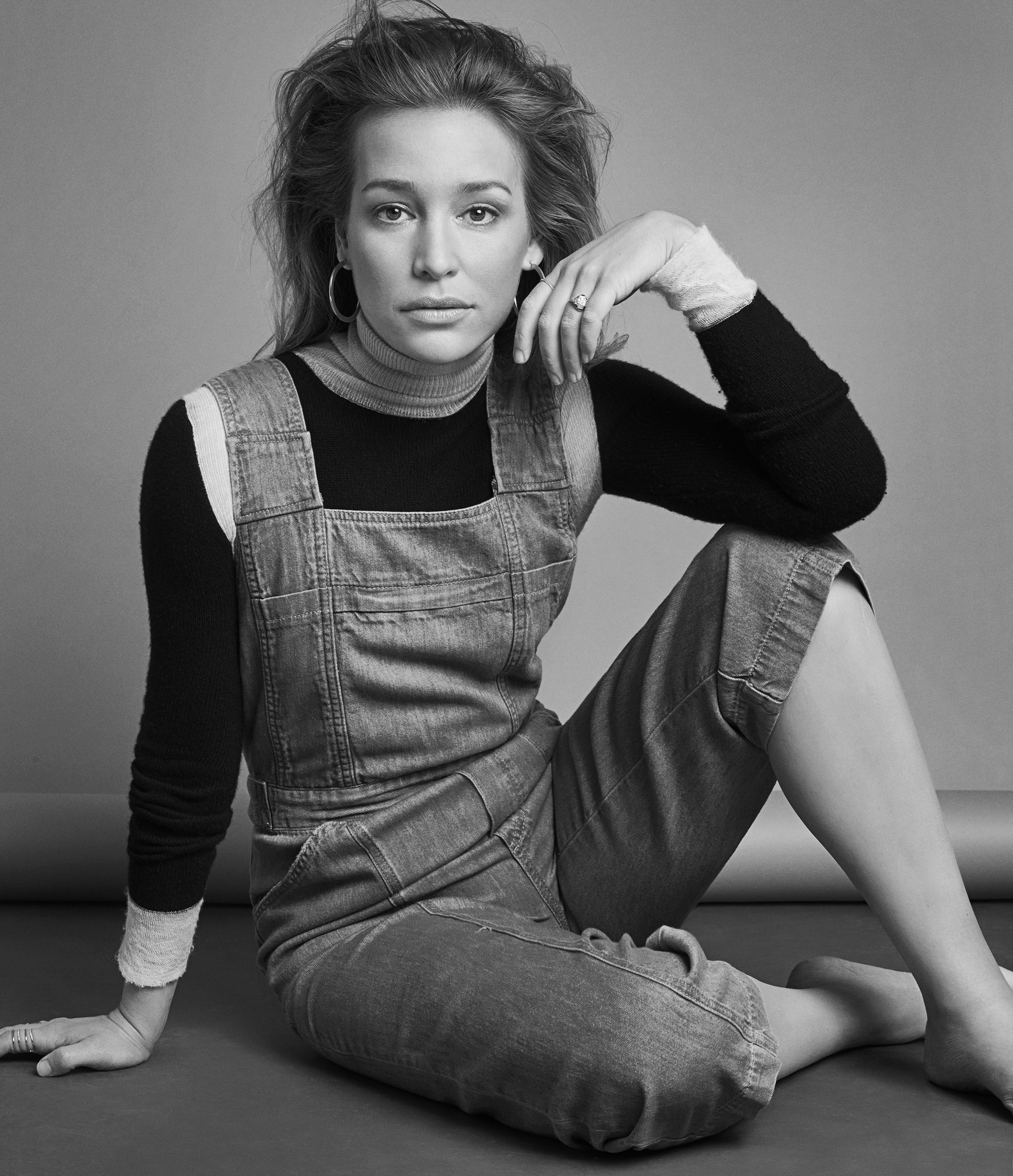 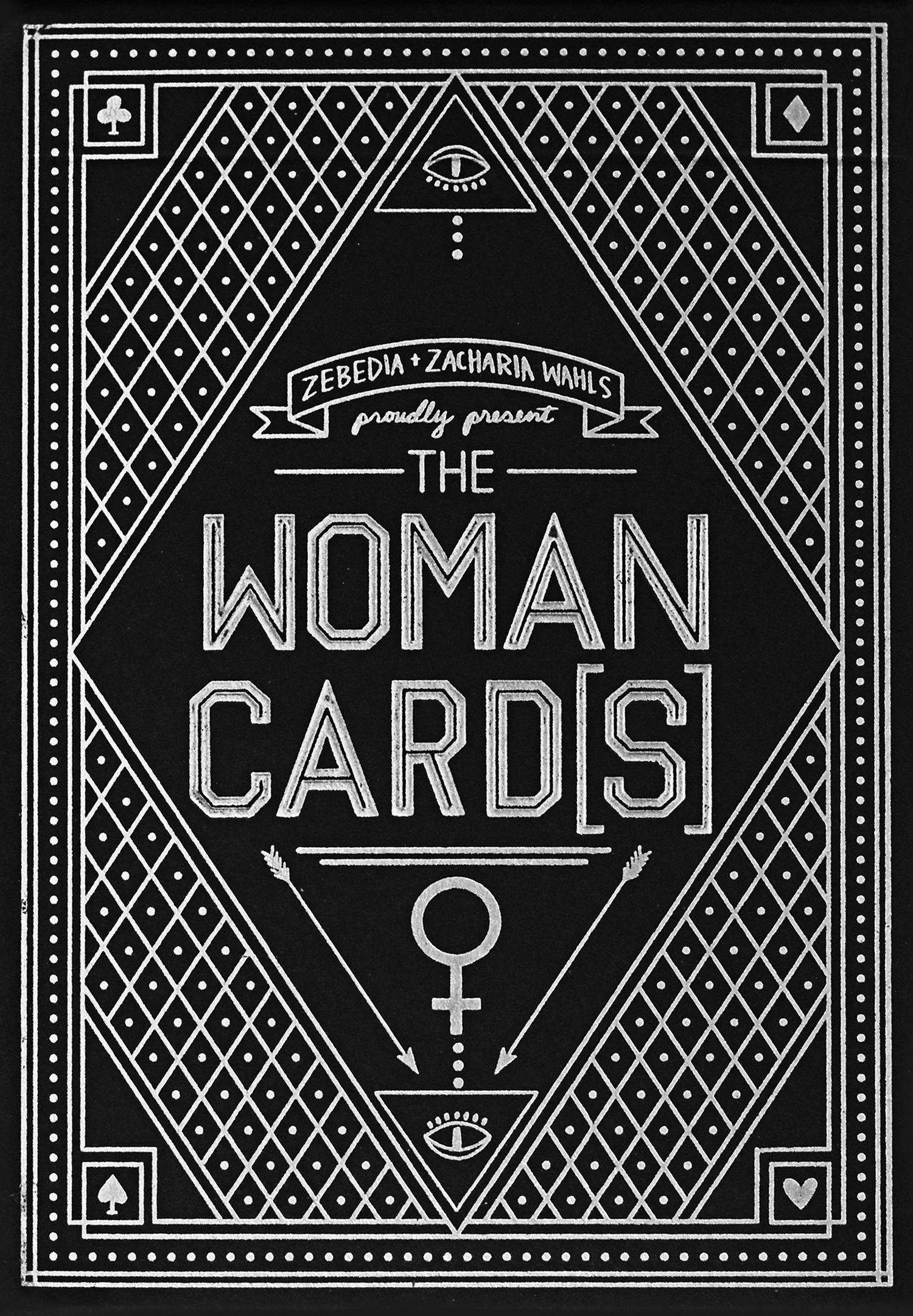