Upon the release of his latest film, Patti Cake$, our latest subject, actor Mamoudou Athie sat down with the man behind the camera lens, photographer David Schulze. Photographer and subject discussed everything from Yale to Baz Luhrmann to Sidney Poitier. Read their conversation here. 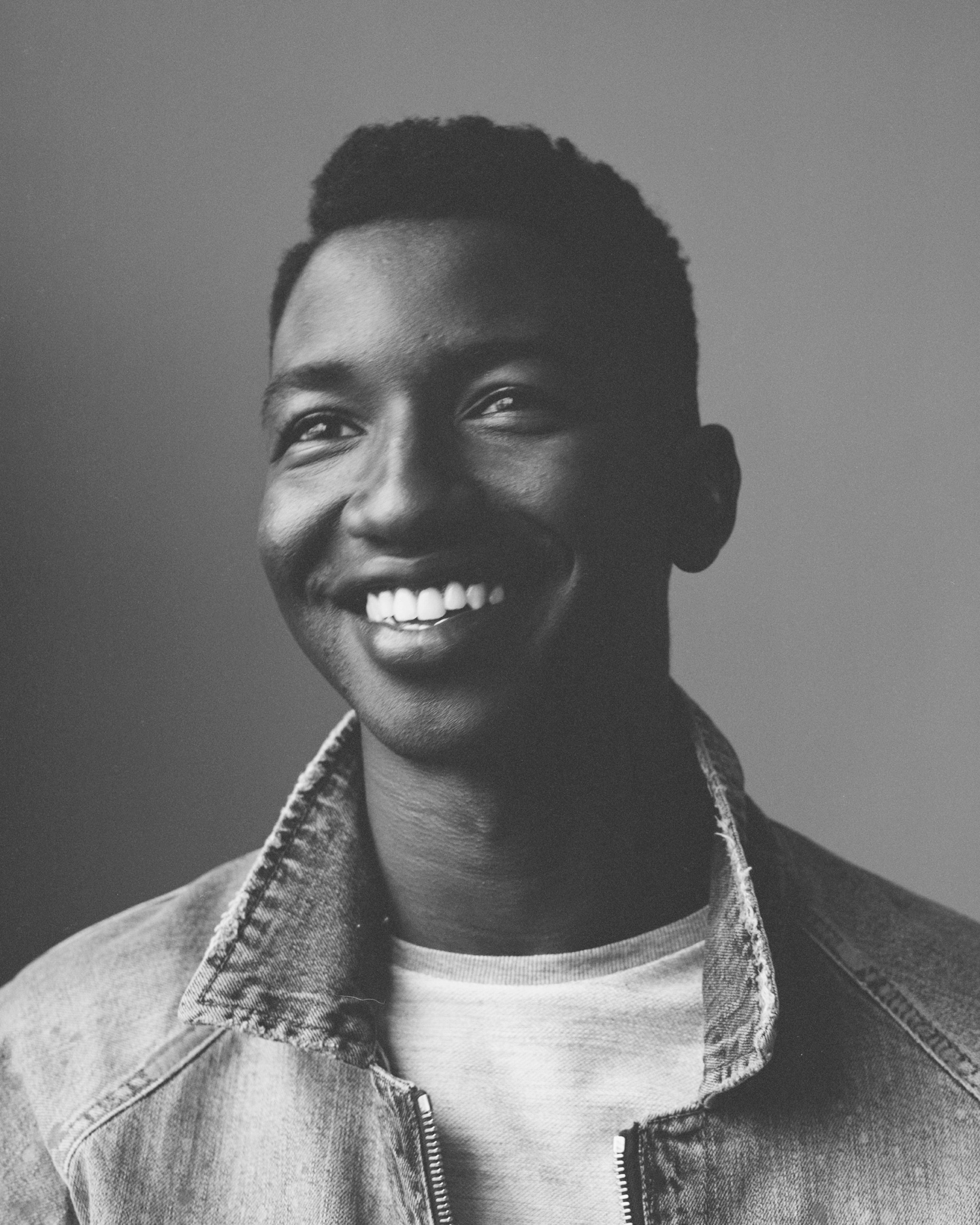 You’re originally from Mauritania. How did you get into acting?

That’s 2 hours right there! No, let’s see. I came to DC from Mauritania when I was 6-months old. Things had gotten dangerous for the black Mauritanians in Mauritania. My dad is a diplomat for the Mauritanian government. So, we got political asylum here. Long story short, since we arrived in the US, my parents have always been super supportive of my decision to pursue acting. Neither of them are particularly artistic, not in the traditional sense, anyway. But they always made me feel that I could do it, and supported me financially. I think that’s a big reason I’m working as an actor today.

So you ended up in NYC. How did you differentiate yourself from all the talented actors trying to find work in NYC?

Well, I was just kind of everywhere. I went to a million readings, did a lot of shows and spent a lot of time in the NY Public Library, educating myself. I became a bit of a hermit, super focused on studying my craft, obsessed with what I knew was the thing I wanted to spend my life doing. That was an incredible time in my life. And then, The Public Theatre was a huge encouragement. From there, I went to Shakespeare in the Park. Another year goes by, and I’m like alright, it’s time to take the next step – grad school. So I started going to Juilliard and NYU shows. I auditioned for Juilliard, NYU, Yale and then got into Yale. That was it – I made the deicison to go.

Was there a driving force behind your decision to explore grad school as an option?

You know, nobody told me to go to grad school. The impetus was my own. But of course there were people along the way – my buddy Winston Duke who I ran into at a Yale showcase had just gotten in, and he was a year ahead of me. I said “Oh man, I’m thinking about auditioning, but I don’t know if I’ll be able to get in.” And he said something that really, really helped me: “Somebody’s gotta get in, why not you? Why wouldn’t YOU get in? The odds are insane, sure, but if you think you won’t get it, you definitely won’t.” And I noticed later that a lot of the people who got into the school really felt they should be there. Those were the people who made it. They had conviction. They were like yeah, I should be here.

What did you take away from your time at Yale?

Ron Van Lieu was the head of the program while I was there. He would say school is just who you invite to teach, and who you invite to learn. And the rest is just real estate. I thought that was pretty great. I learend so much from watching my peers work. Classmates like Gabe Levy and Mickey Theis were continuously teaching me – it was a community. And my greatest lesson learned? Probably to do it the fun way. If you’re going to do it anyway – choose the fun way.

Are there any rising stars we should be watching from your class?

It’s a tough question because like I said, anyone will eventually make it happen if they have that grit. Jabari Brisport was my 1st roommate. He was always very political and taught me a lot about environmental issues. He’s a vegan. He might be a fast rising politician. He’s running for city council in Brooklyn. He’s young, and really inspiring because he’s actually doing the real thing. He’s always been really civically minded.

What films had the greatest impact on you growing up?

There were probably three different instances in my life that shaped my desire to be an actor. As a kid, I thought, that looks like fun – I can make a lot of money and do cool things. I didn’t really think beyond that. But then I watched films like The Godfather – I can’t even tell you how many times I watched that – maybe hundreds! And Life is Beautiful was another one I watched over and over. I had never seen a movie like that – it was my first foreign film and I thought it was so beautiful. The Gladiator got me. Holy shit, that movie got me. What else, what else? There’s something I’m missing here. I remember Midnight Cowboy really got me, as well. And then there is Denzel Washington in Malcolm X. That performance is like no other.

At this point in your career, do you feel yourself leaning more towards theatre or film?

Well, I certainly love making movies. Most of the content that I’m interested in right now happens to be in television and film. That said, I am still drawn to the theatre and would love to continue working with some of the greats. I think there is such a diverse array of projects today, in part because of all of the different outlets. There’s so much more television now. I’m saying this as an actor. The more I work, the easier it is to get work, so then it just becomes up to me.

Tell us about filming The Get Down was with Baz Luhrmann – did he teach you anything that stuck with you?

There was this one scene we were shooting, a big party scene, early on. We were all tired, we’d been shooting this one scene for days. Baz stopped everybody and said: “Guys, what we’re making right now is going to be in print, in film, forever, in a sense this is history that we’re making, so do you want to put something out there that you know is not your best? Is that what you want, how you want yourself represented?” He said it a lot more eloquently! And with passion. 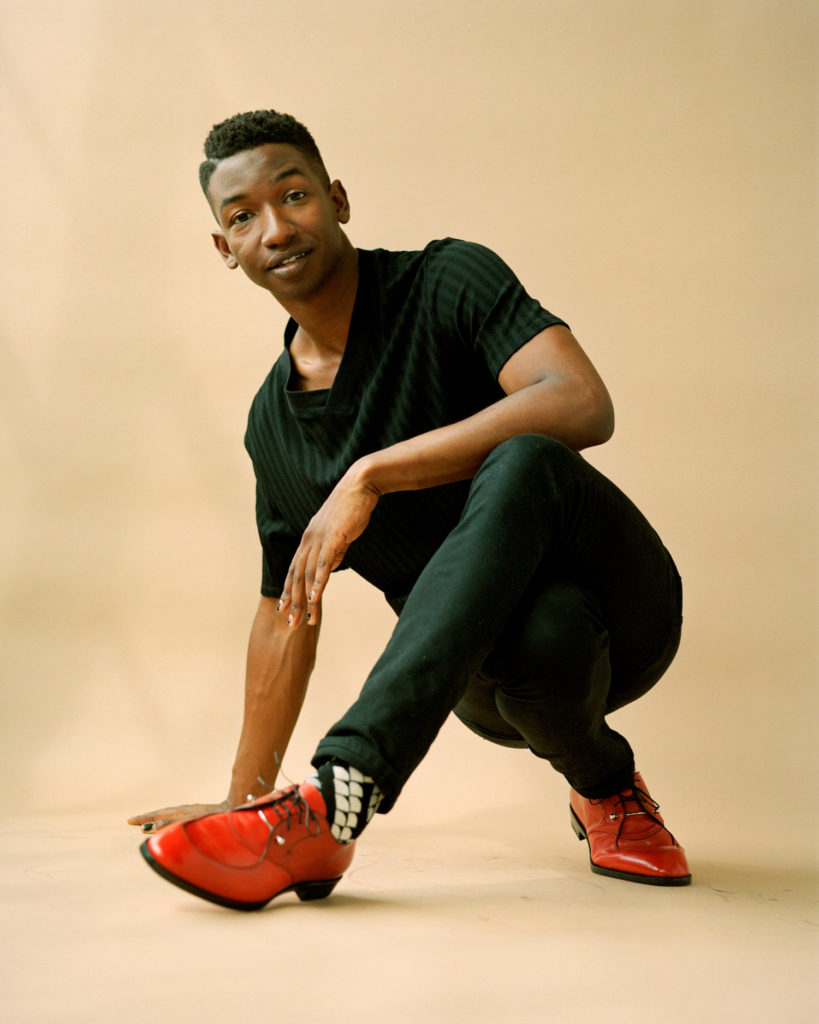 If you could play opposite any actor, living or dead, who would it be?

Sidney Poitier — he opened a lot of doors. You know what I mean, just out of respect. And Tilda Swinton, because she’s fucking sweet. 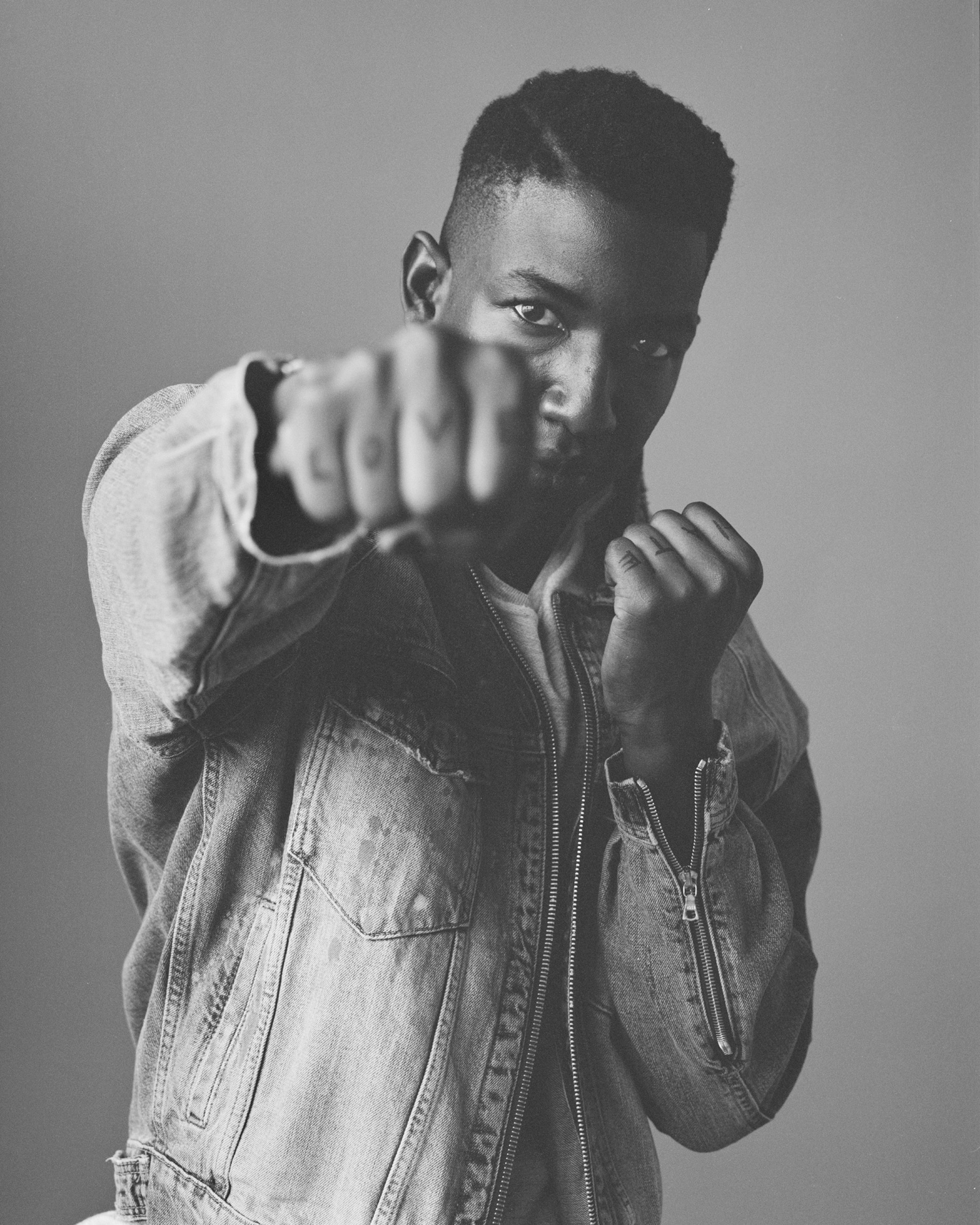 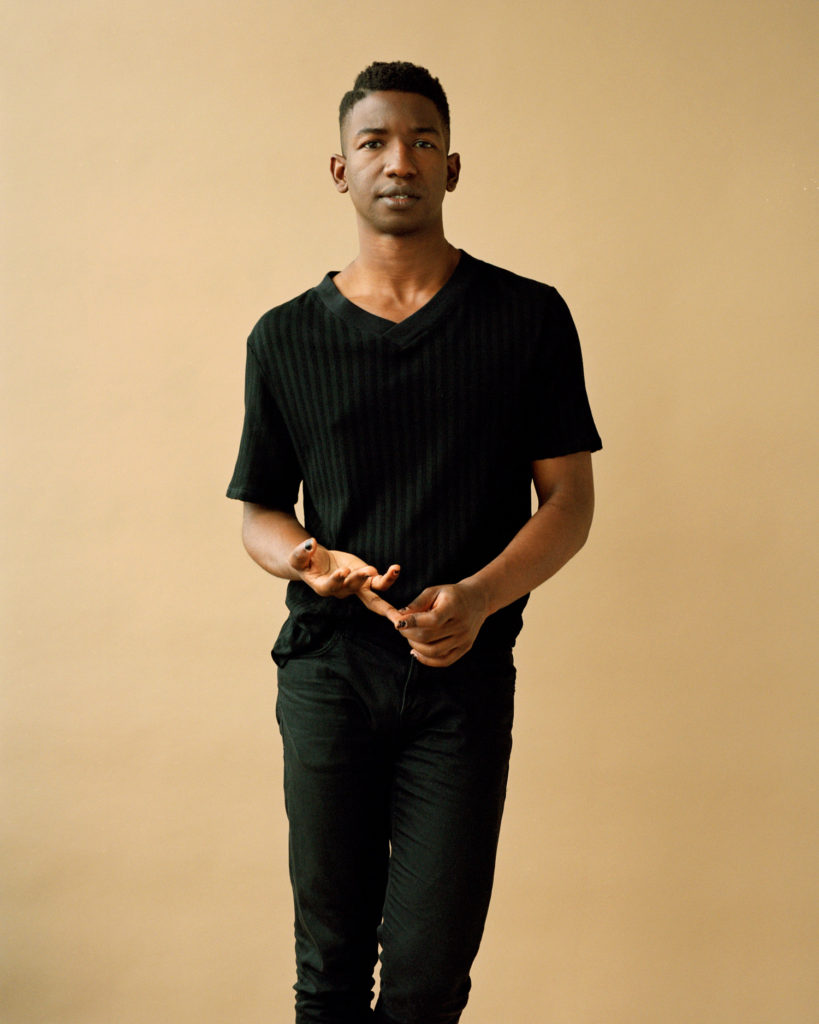 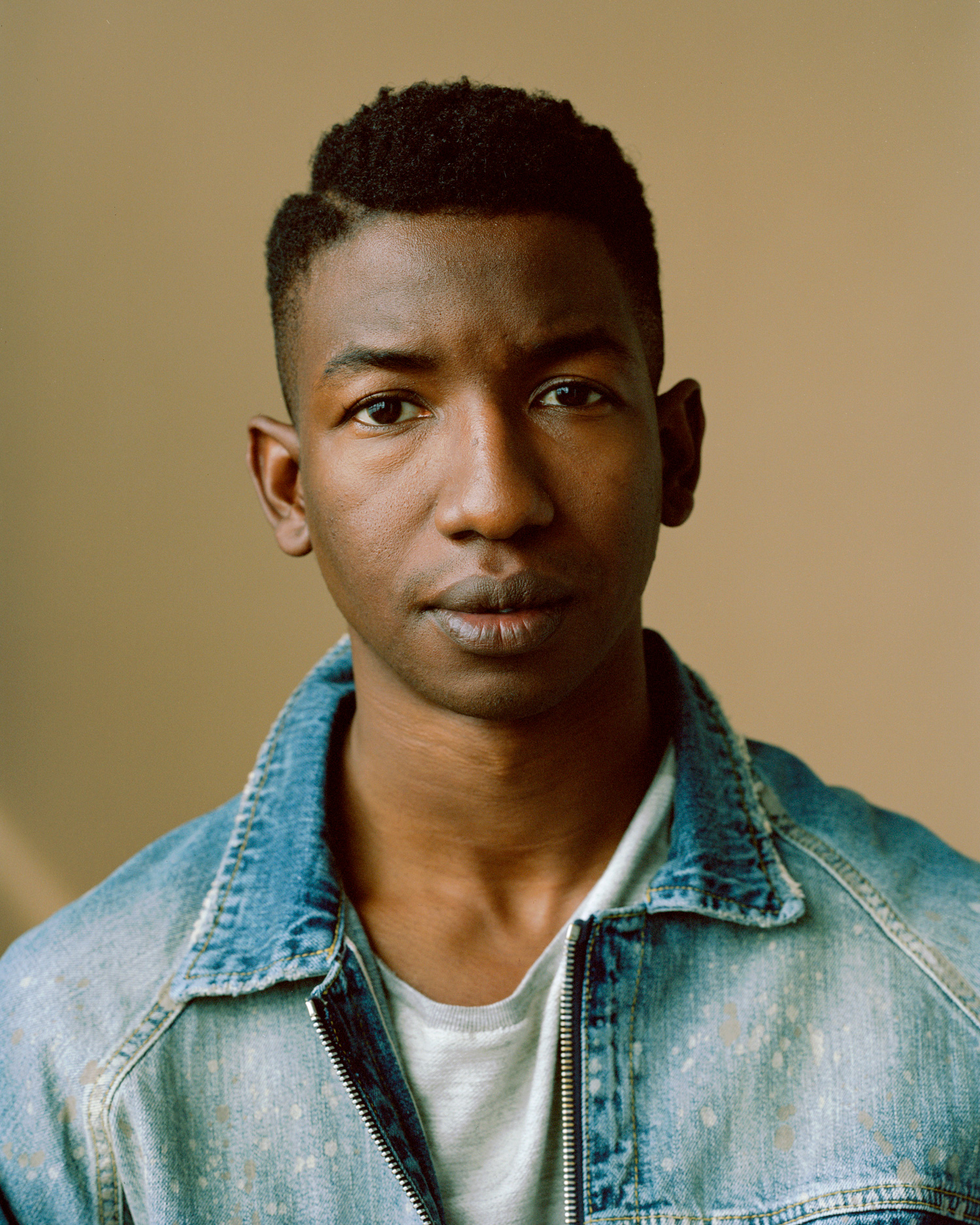 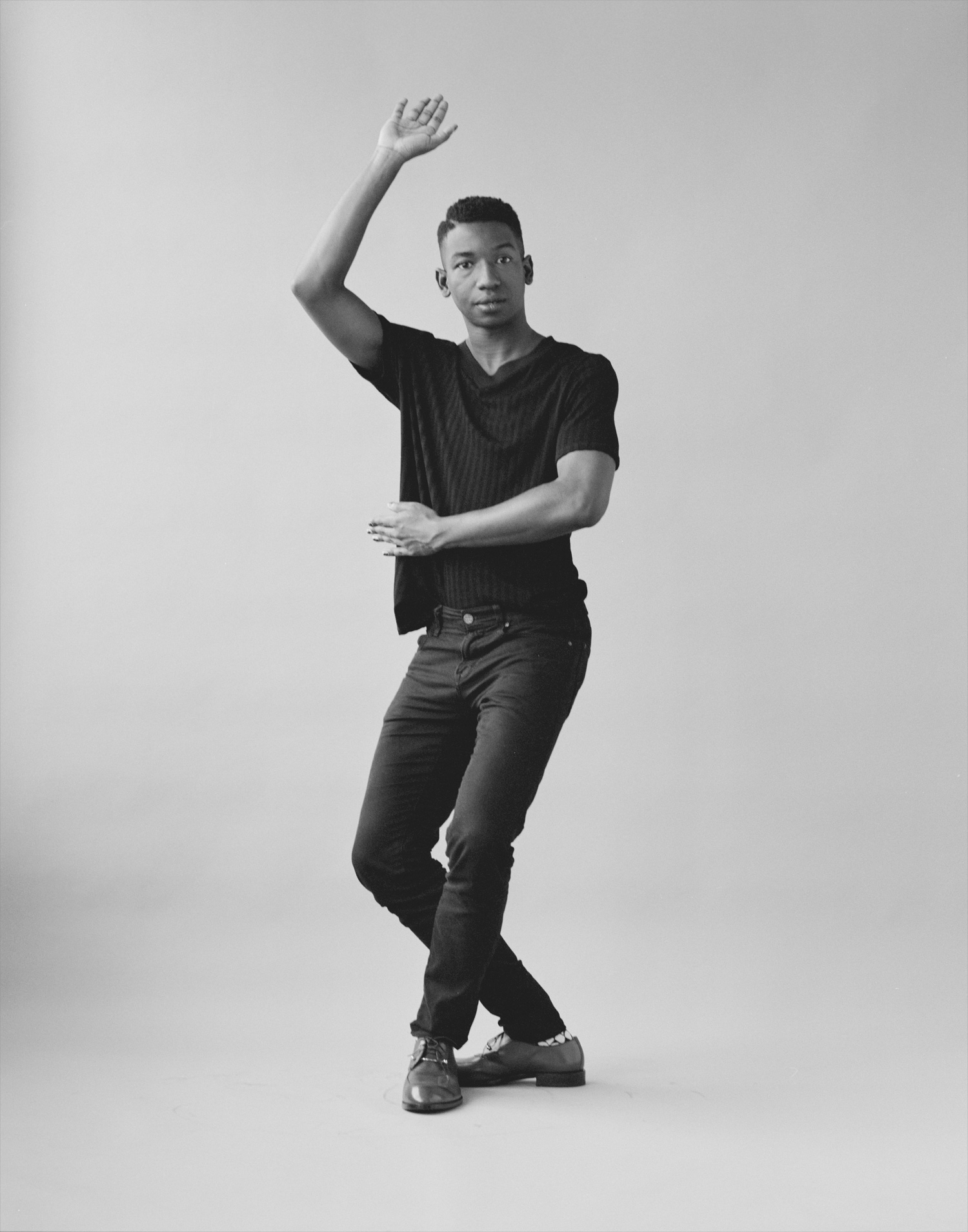 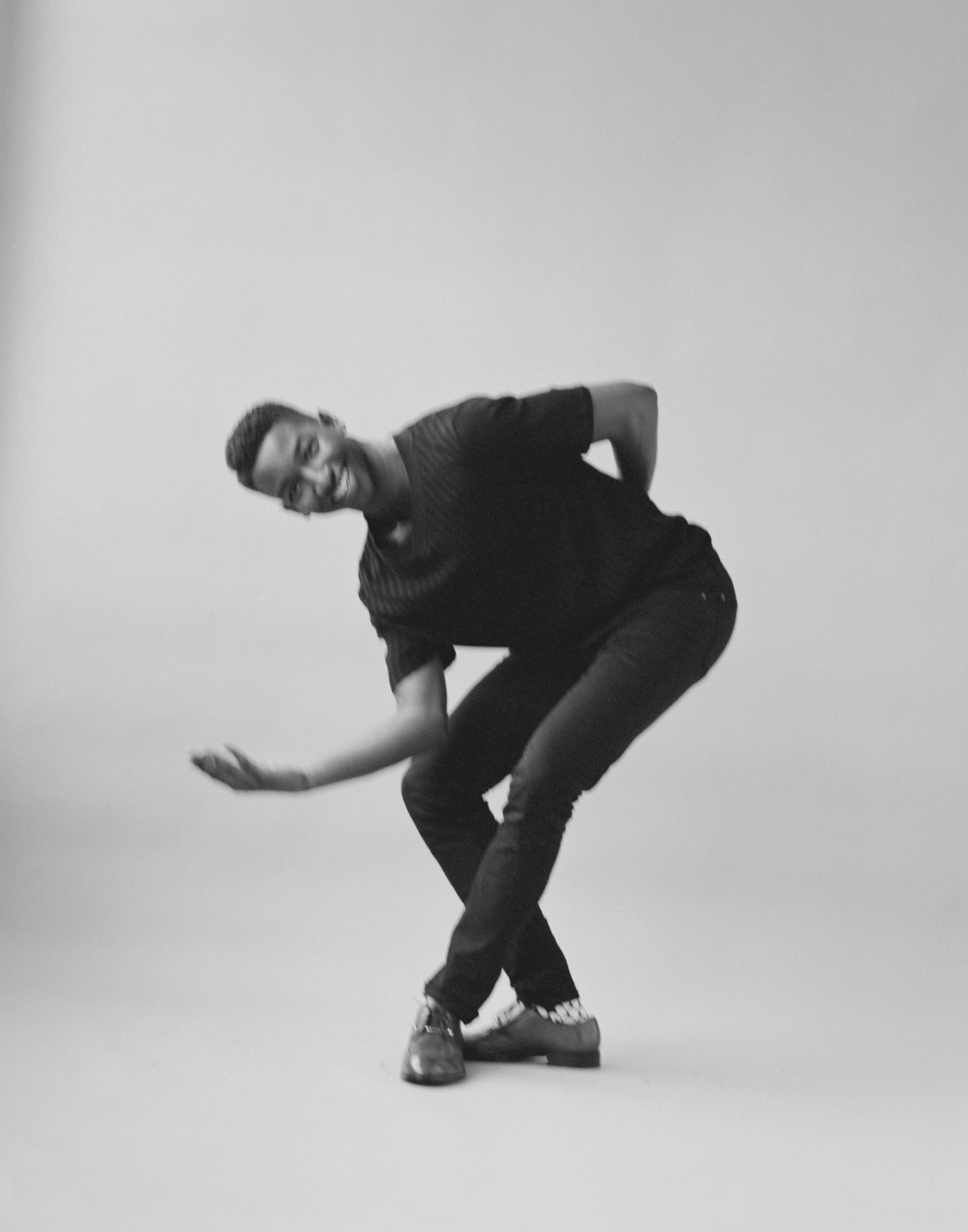 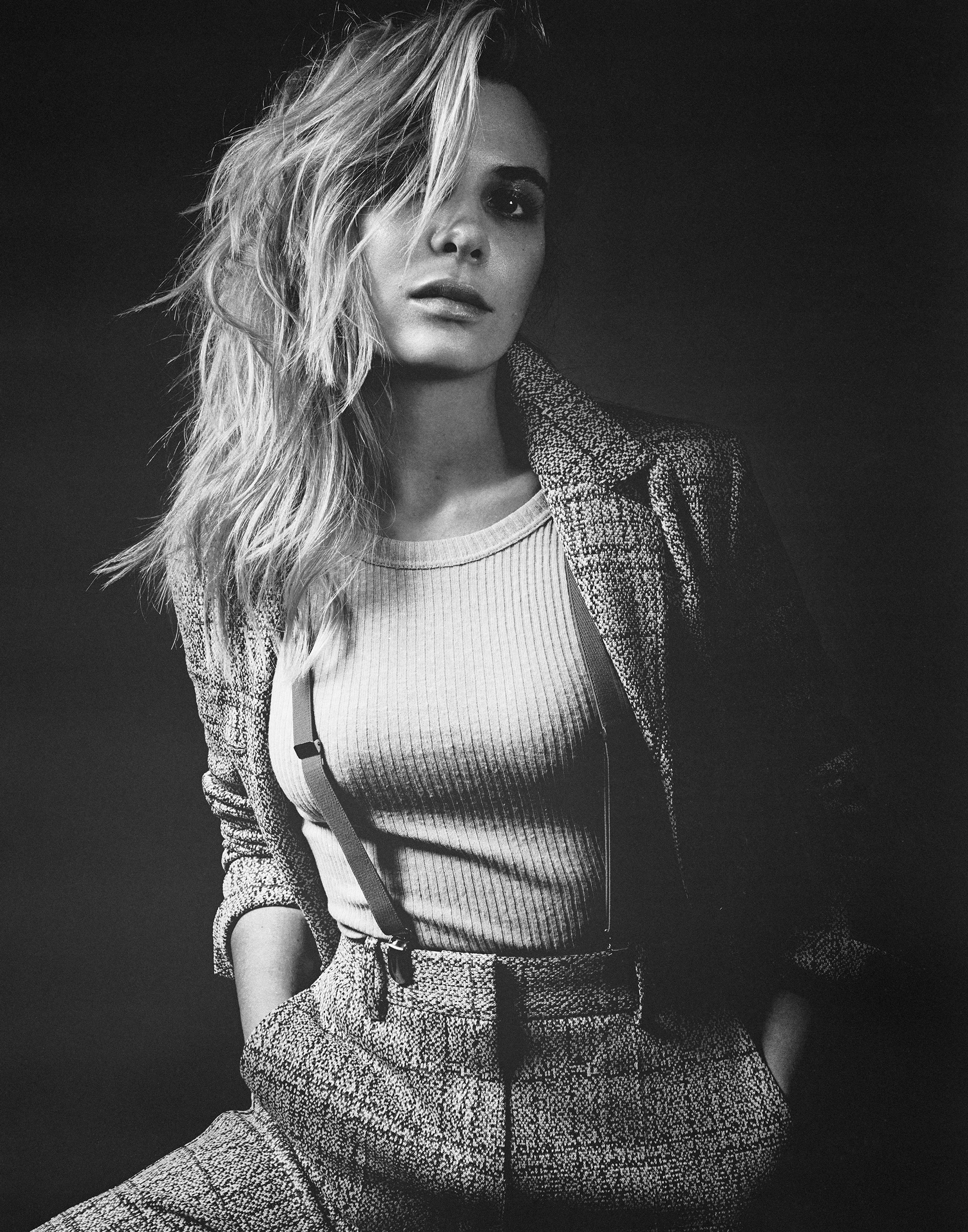 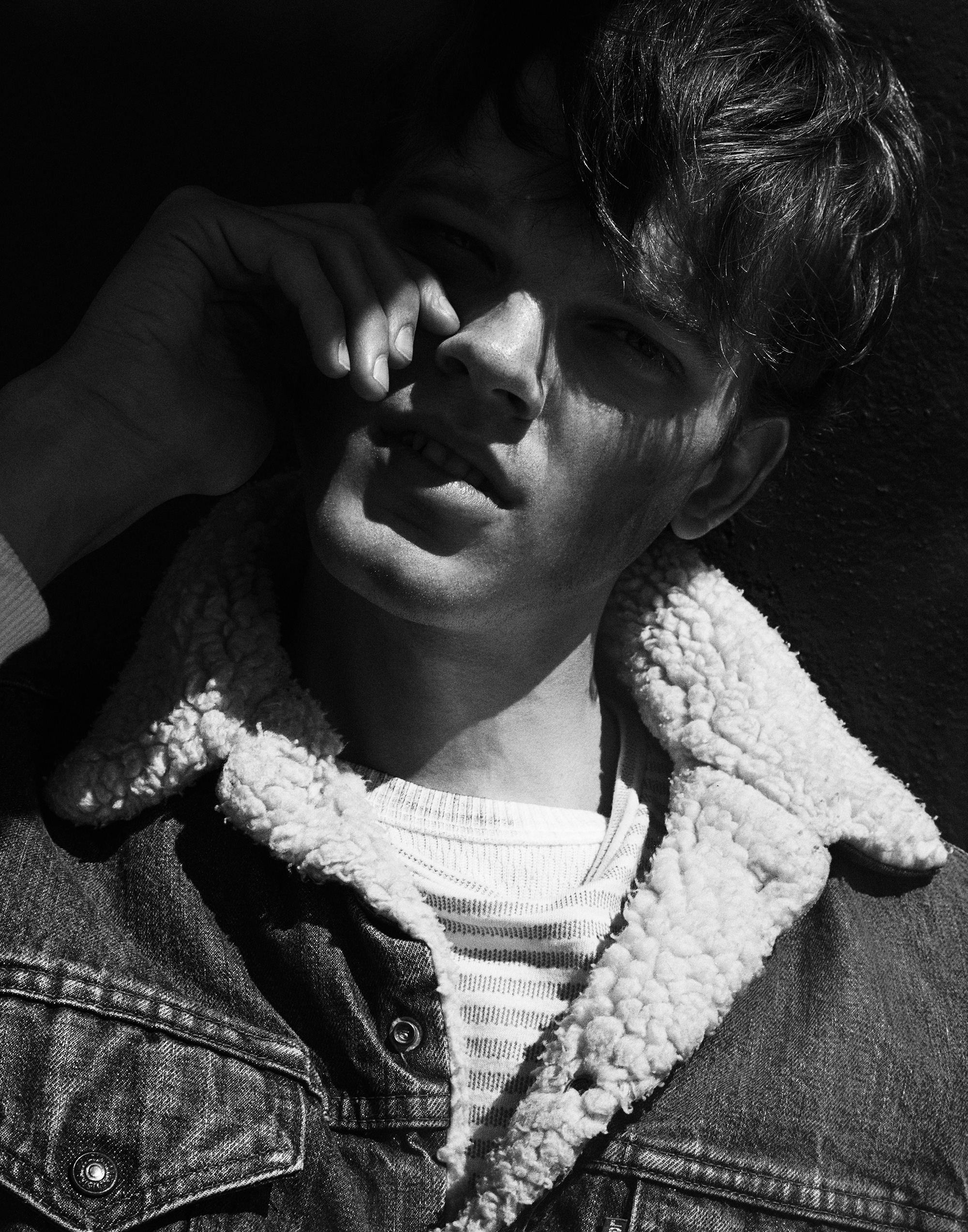