MEET Brec Bassinger. The star of STARGIRL, which premiered on CW recently, is also our first remote feature! We shot in LA with the help of her man and FACETIME, and plenty of gorgeous Ulla Johnson pieces on hand. We spoke with her about putting art out there in these times, becoming a superhero, and why we need own our own superpowers now more than ever. Read on below… 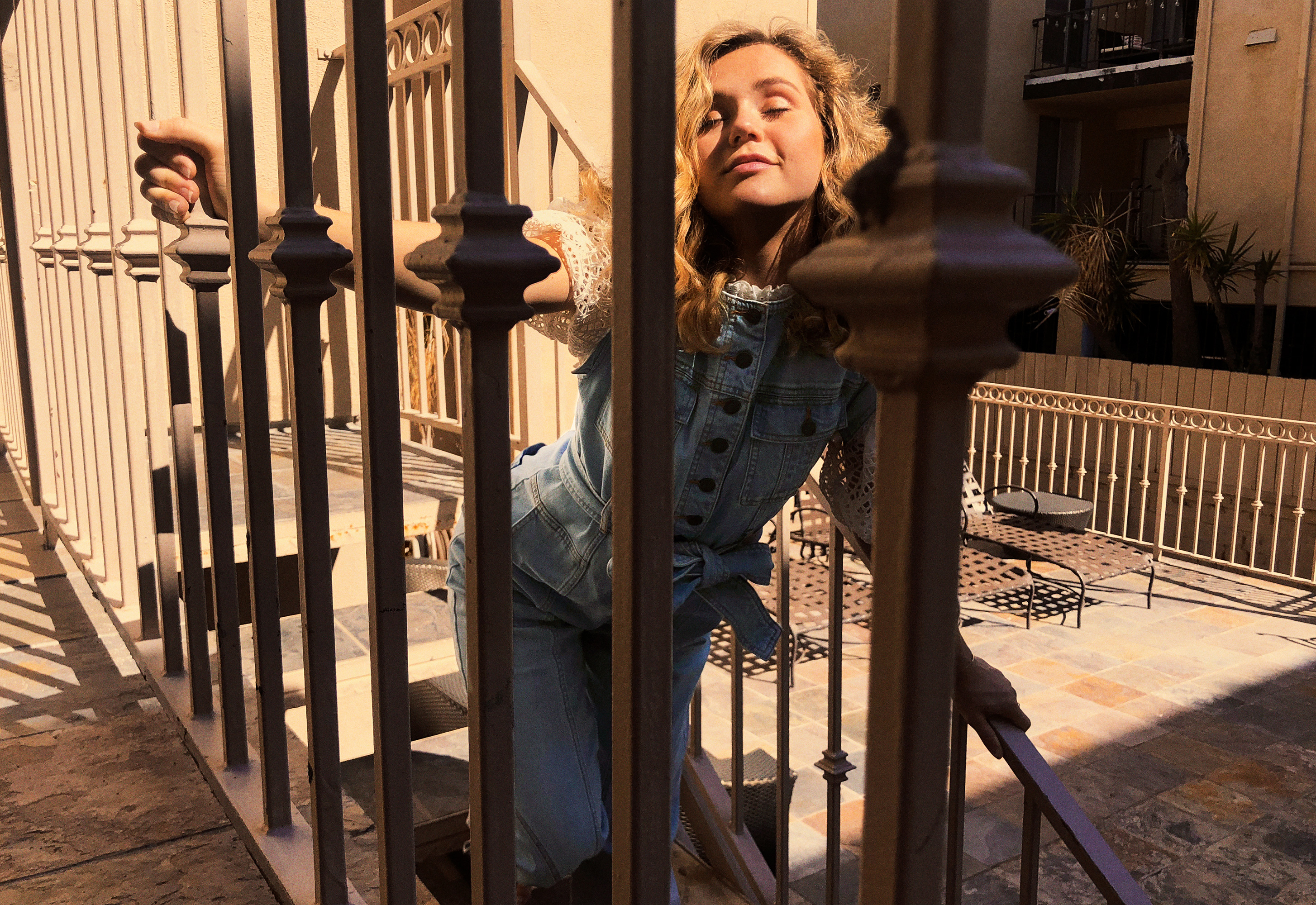 ALL CLOTHING THROUGHOUT FEATURE Ulla Johnson

Erin Walsh Hi there Brec!!! WELCOME to our SBJCT Journal Collective. How does it feel to be the first person we have shot remotely during quarantine? Our readers should know that you brought an amazing sense of fashion and real DP vision to us in the shooting of you on Face Time. So thank you for that! I imagine you will bring it to the directing table one day.

Brec Bassinger It was SUCH an experience. I love getting creative, so thank you for the opportunity to do that. It was a blast.

EW Let’s start at the beginning. Tell us where you grew up and how you got involved in the BIZ.

BB I grew up in a small town in Texas. I did natural beauty pageants starting when I was 3 and found my love for performing. I began taking acting classes when I was 10. After three years of training, I signed with an LA agent. I came out to Los Angeles for my first “pilot season” when I was 13 and booked my first TV role, which continued to bring me back to LA.

EW Your latest project STARGIRL has you cast as an actual superhero. How did this role come about?

BB The audition process for Stargirl was a lot simpler than most for me. It was basically just four auditions and then Geoff Johns, our showrunner, called me to let me know I was their Stargirl. After that, I got to do chemistry reads with the other JSA members. It was so fun getting to be on the other side and see how the process works.

EW What was preparation like for the role? Any crazy training?

BB I trained for a week intensively with our stunt coordinator, Walter Garcia. We split the days between gymnastics, combat, and bo staff training. I then went down to Atlanta, where we filmed Stargirl, two weeks early to continue training with my stunt double Kristina Baskett. The most fun was the wire work, although the harness would leave some gnarly bruises… WORTH IT! 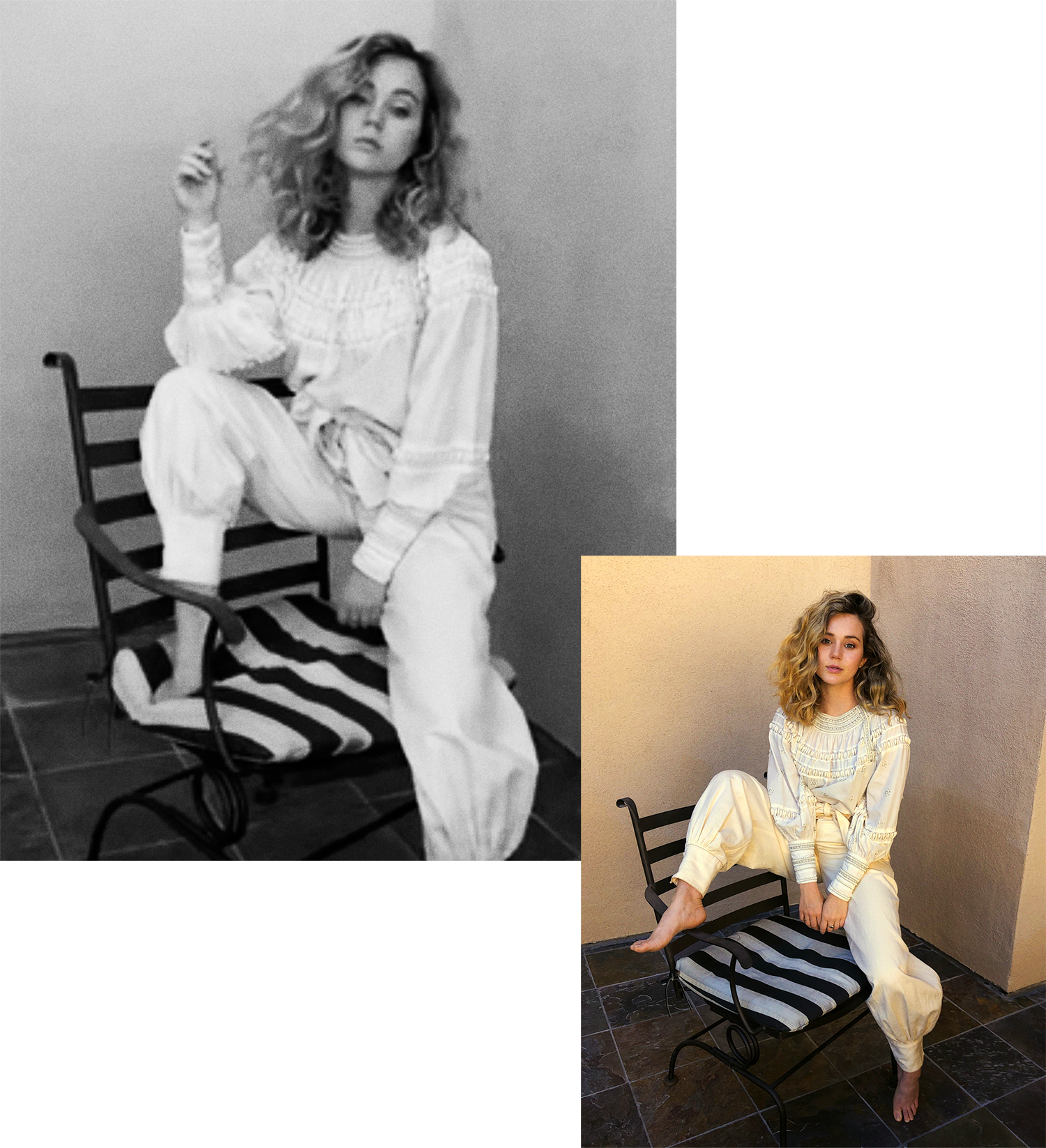 EW In terms of moving into this kind of comic book/ action figure territory, I want to talk a bit about legacy and stepping into a role of this significance. Was it scary to step into such beloved, iconic shoes?

BB Not so much scary, as it was an honor. When you join the DC Universe, you forever become a part of something. These comics have been around for decades. My name will forever be attached to Stargirl and the Justice Society of America. As an artist, I couldn’t dream of anything more special.

EW What about FEMALE superheroes? I love the girl power implications of this, that young girls can see that it’s not just for the boys. It matters so much when you are young that you see possible versions of who you COULD be. Did you have any iconic female influences growing up, especially in the acting arena?

BB Growing up I always loved Sandra Bullock. She is such a powerhouse and inspiration.

I am so grateful that I am here during this important time and get to advocate for our space in this industry.

EW This show is coming at a time of women claiming more SPACE in the industry, a post- #MeToo shift that is changing the landscape. In terms of your career and getting started, how has this played out for you?

BB This is SUCH an interesting question for me personally. A few years ago, I got the honor to play a female quarterback on Nickelodeon. While the show did get two seasons, I personally feel it wasn’t as well received as it would be NOW. So now getting to play a female superhero, and seeing such a positive reaction to it, I feel the change that has happened even in these past four years. The landscape has changed and continues to change. I am so grateful that I am here during this important time and get to advocate for our space in this industry.

EW Any crazy set stories you would like to share? It’s a pretty amazing cast they put together. I am curious about the dynamics…

BB Our set was crazy!!! From the hours we worked, to the diversity of content we were shooting, our days were insane. We also had so much fun. Towards the end of the season, the new JSA has been formed and that allowed for a fun “team” aspect on set. I remember one time that Yvette, who plays Yolanda/wildcat, was going into this huge fight sequence and she was like, “Should I run in like a cat would? On all fours?” In our heads, this made PERFECT sense. We were all like “YES! GO FOR IT!”  The thing is… humans are not made to run like cats without the help of wires or visual effects, so instead she looked like a baby crawling. The director thought she had FALLEN in the middle of the scene! We laughed so hard. I feel like this story perfectly captures what our set was like: the artistic freedom to take chances, the love to pick each other back up when we fall, and JUST THE CRAZY COOL PREMISE OF OUR SHOW!

EW I want to talk a bit about the current pandemic we are living with and in… For one, this show is launching at a time when people are being quarantined and advised to stay at home- so the typical press rounds you would do to promote this aren’t really happening. I am curious what the post-COVID landscape will look like in terms of travel requirements for actors, and all the “surrounding” press elements that have been in place so long to support projects. What are you being advised about the current state of the industry? From a publicity perspective?

BB I have had conversations with my agents, managers, as well as Stargirl’s showrunner. This is such unique circumstances that no one has experienced before. I think everyone is playing it day by day and to pretend to have an answer would be naive of me. I know right now I am doing everything I can to promote the show from my home and I am trying to not have any expectations for the future so I can be open and ready for our new industry “normal”. 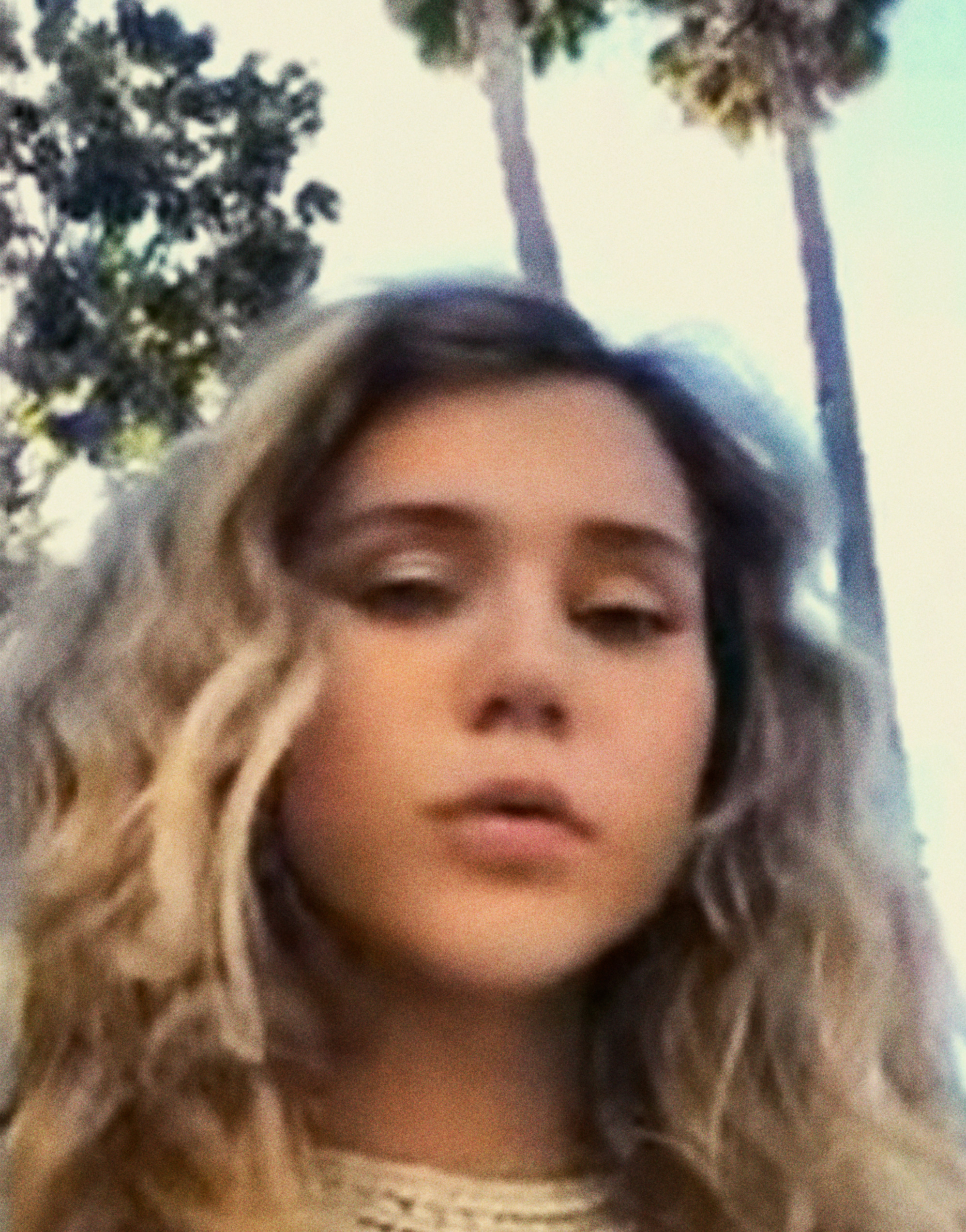 EW In a strange way, it is a GREAT way to launch a show- people are dying for content. It could potentially find different kinds of audiences this way too. Can you tell us the concept of the show to our readers in one sentence? And what do you think some of its “show peers” would be, in terms of similar vibe and tone?

BB Stargirl follows a sophomore in high school, Courtney Whitmore, who is trying to balance the difficulties of high school, a new family, and becoming a super hero!

Our show is greatly inspired by 80s hits like “Back to the Future” and “E.T.” as well as the comedy and coming-of-age tones of “Spiderman: Homecoming.”

EW How do you stay busy when you are asked to stay at home?

BB I love to bake, paint, and I do my fair share of home-workouts. I am also taking a couple online college courses.

EW How do you stay sane?

BB By listening to my body. I really try to give my body what it needs, whether that is rest, sunshine, a piece of cake, or an hour facetime call with my best friend. Mindfulness is key. 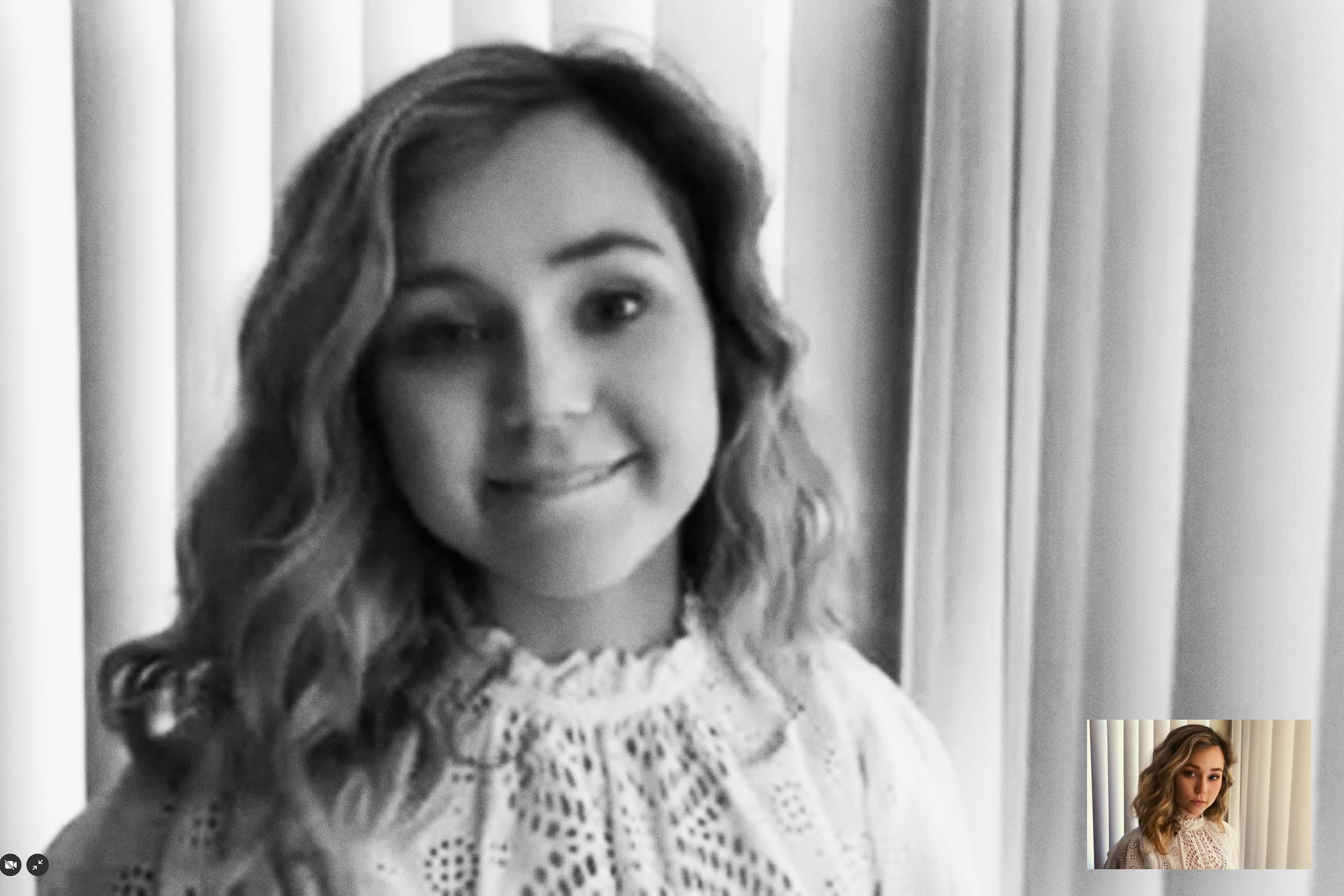 EW Is there anything you are grateful for during this pause from the universe?

BB I do not think I have ever been more grateful for the industry I am a part of. I have watched so many movies and binged so many TV shows. The escapism and stimulation it has provided me during this stay-at-home order has been crucial for me personally.

EW What do you find most frustrating about it?

BB Not being able to hug my friends. I am so grateful for facetime and calling, but it is not the same.

EW What would Stargirl do to alleviate this situation? The pandemic?

BB One of Stargirl’s most heroic traits is her optimism. So I imagine her riding around on her staff and leaving a handwritten positive note on everyone’s front door.

EW Any idea when you would start filming again, or is it up in the air?

BB Completely up in the air. 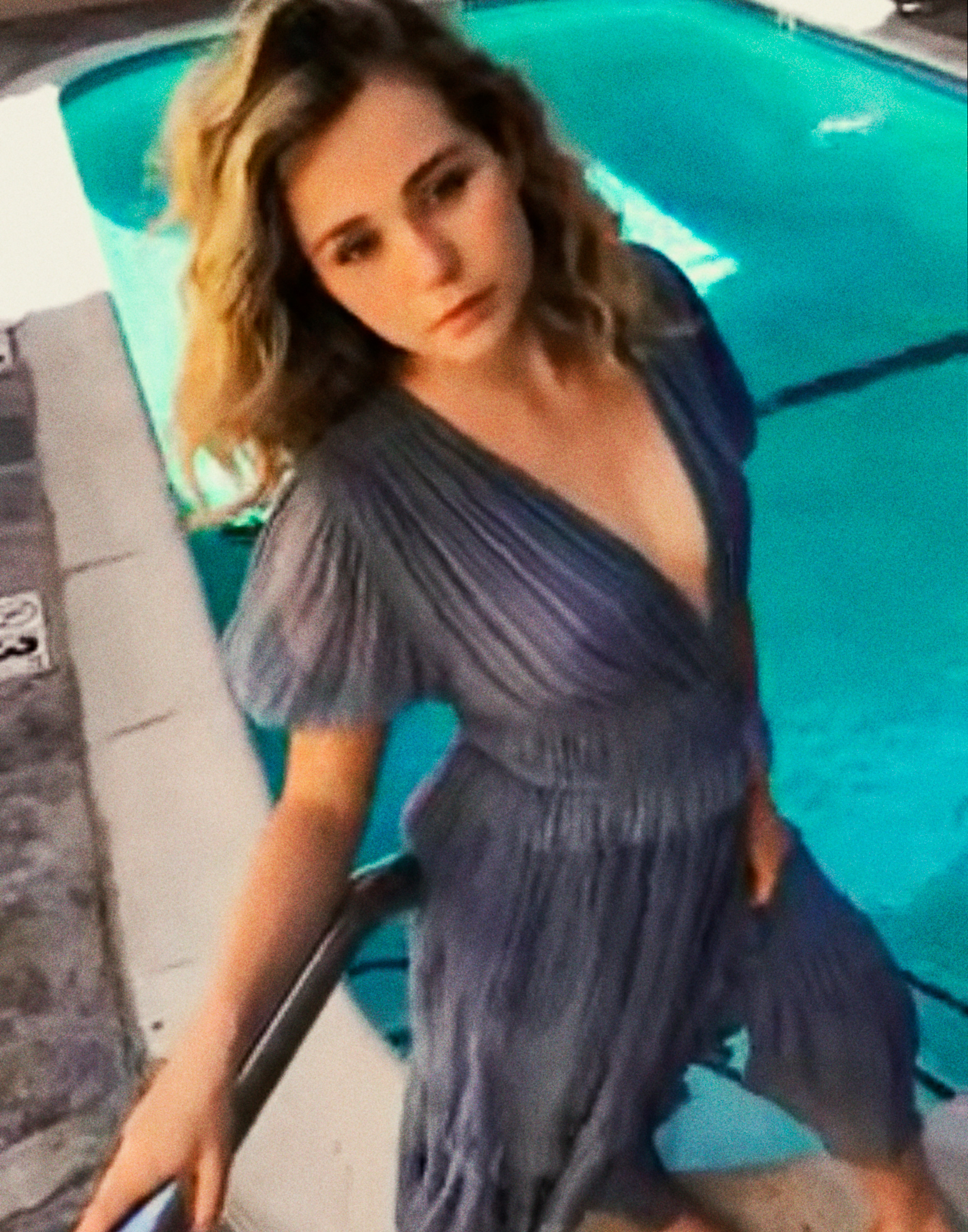 EW What do you hope this project will give to viewers? And what do you think is its most inspirational value at this moment in time?

BB I hope the show’s optimism and positivity can bring people together. I feel like Stargirl is a show that the whole family can sit down and enjoy.

BB Courtney is 15, so I wanted to make sure she seemed younger than me. As a character, she has a childlike optimism that gives her an innocence and naïve quality. Brec is an over-thinker (Yes, I am talking about myself in the third person). Courtney does a lot of things without thinking at all. I think that is the main difference between us. On the other hand, I do think I gave her my sense of humor- A little sarcasm here and there.

EW Are there any causes or charities that you find yourself drawn to, that you would like our readers to become more aware of?

BB JDRF or Juvenile Diabetes Research Foundation. They are the leading charity for type 1 diabetes research, and as a diabetic, their cause is extremely personal to me.

EW Do you have any plans for legacy, any 5 or 10 year plans?

BB I am a very goal-orientated person. As of now, I have hopes to buy a house within the next 5 years, and get my college degree in the next 10 years. In the next couple of years, I hope to take my first swing at directing and producing. 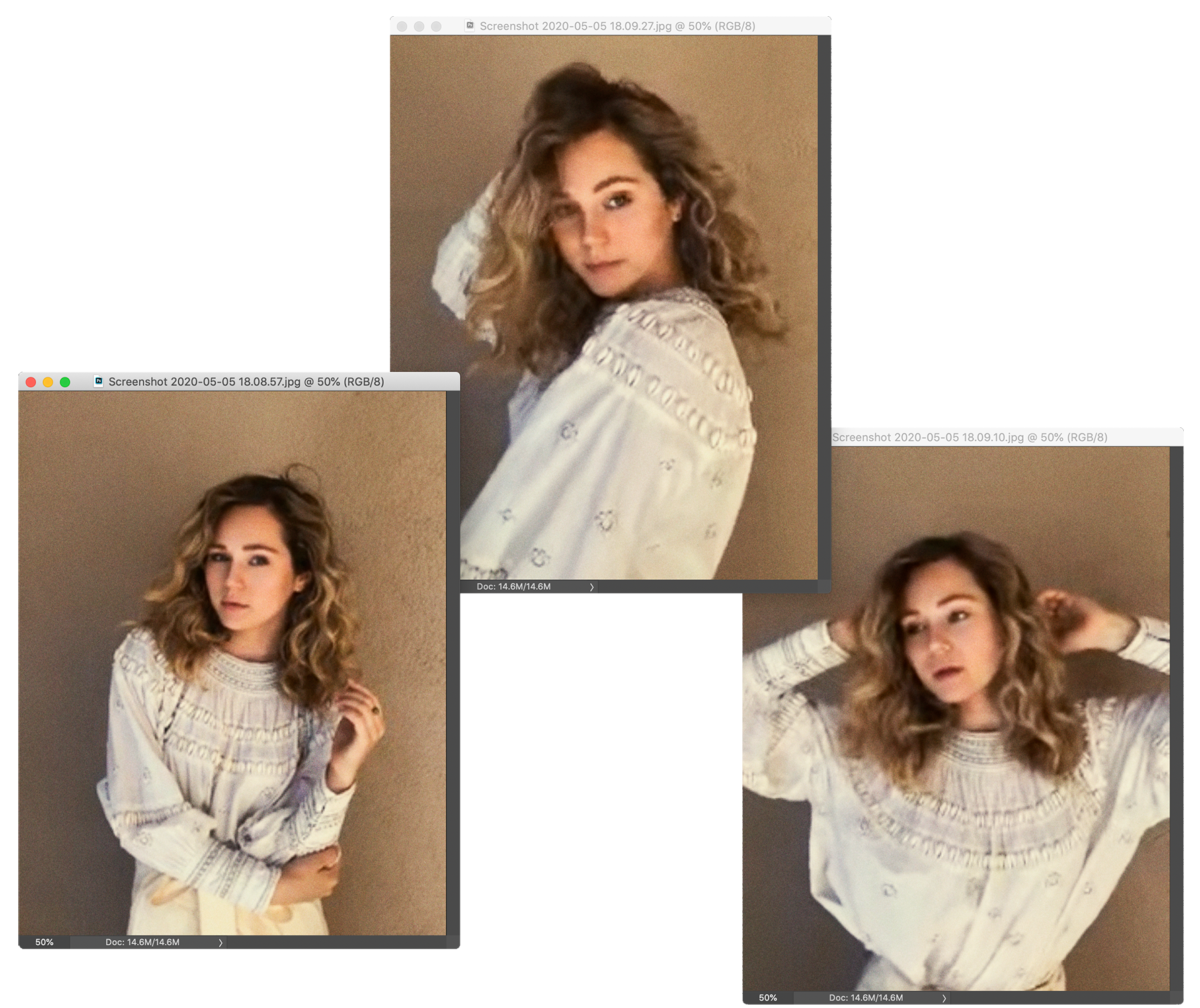 EW Artistic content, now more than ever, has the opportunity to move people because we are all listening a bit closer than we were for so long. How do you intend to use your voice? What do you hope your exposure and your platform will bring to the world?

BB Togetherness. Sometimes I get on Twitter and I see someone getting “cancelled” and it breaks my heart. Hating, on any degree, is not the way to move our world forward. I believe the way of the world should be compassion and empathy. I also believe that those things are contagious, so I hope I can use my voice and platform to spread that love. 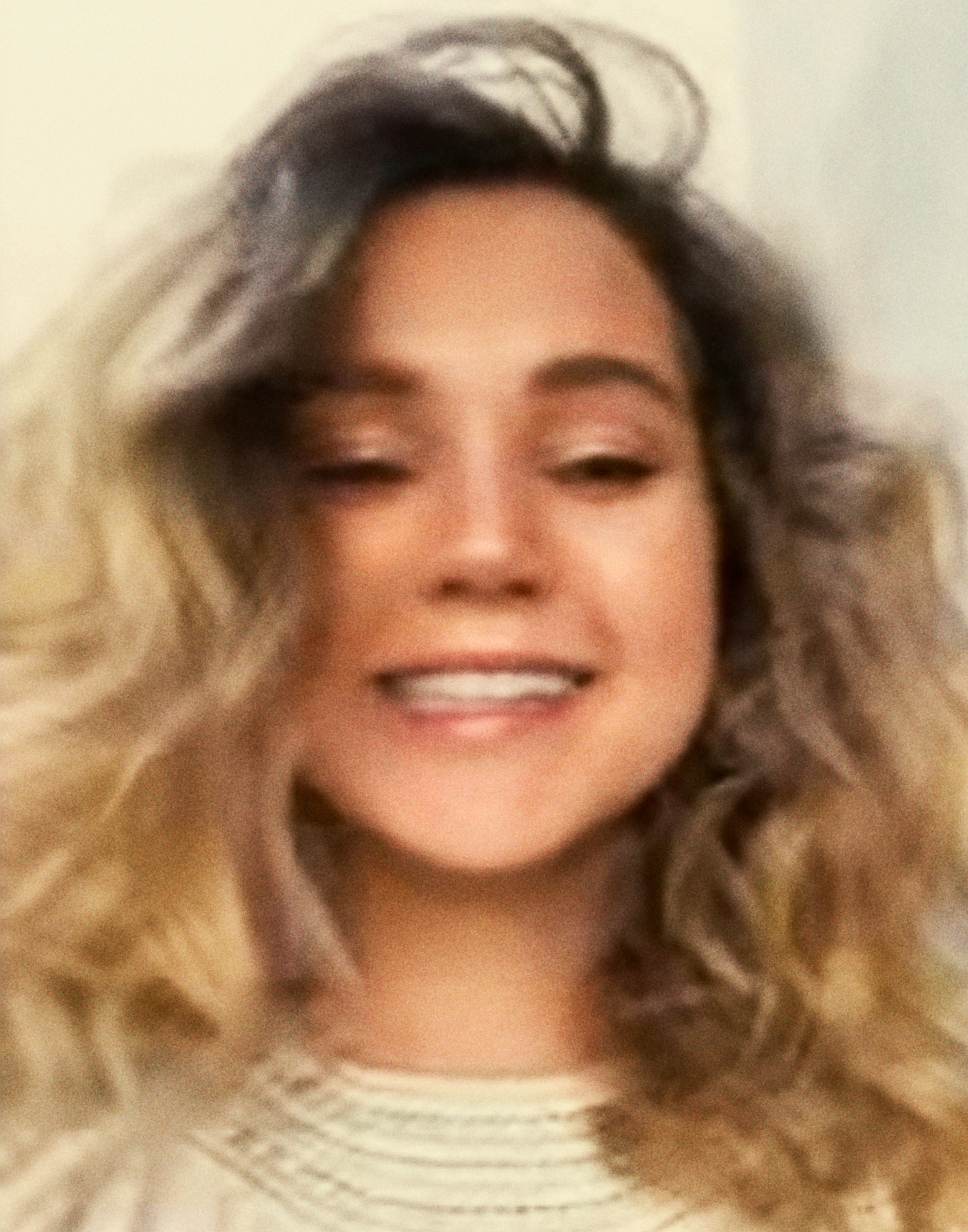 EW What’s Your SBJCT, Brec? What really moves you and underlines everything you do?

BB God. I stand strong by my faith and I truly believe I wouldn’t be where I am or who I am without it. 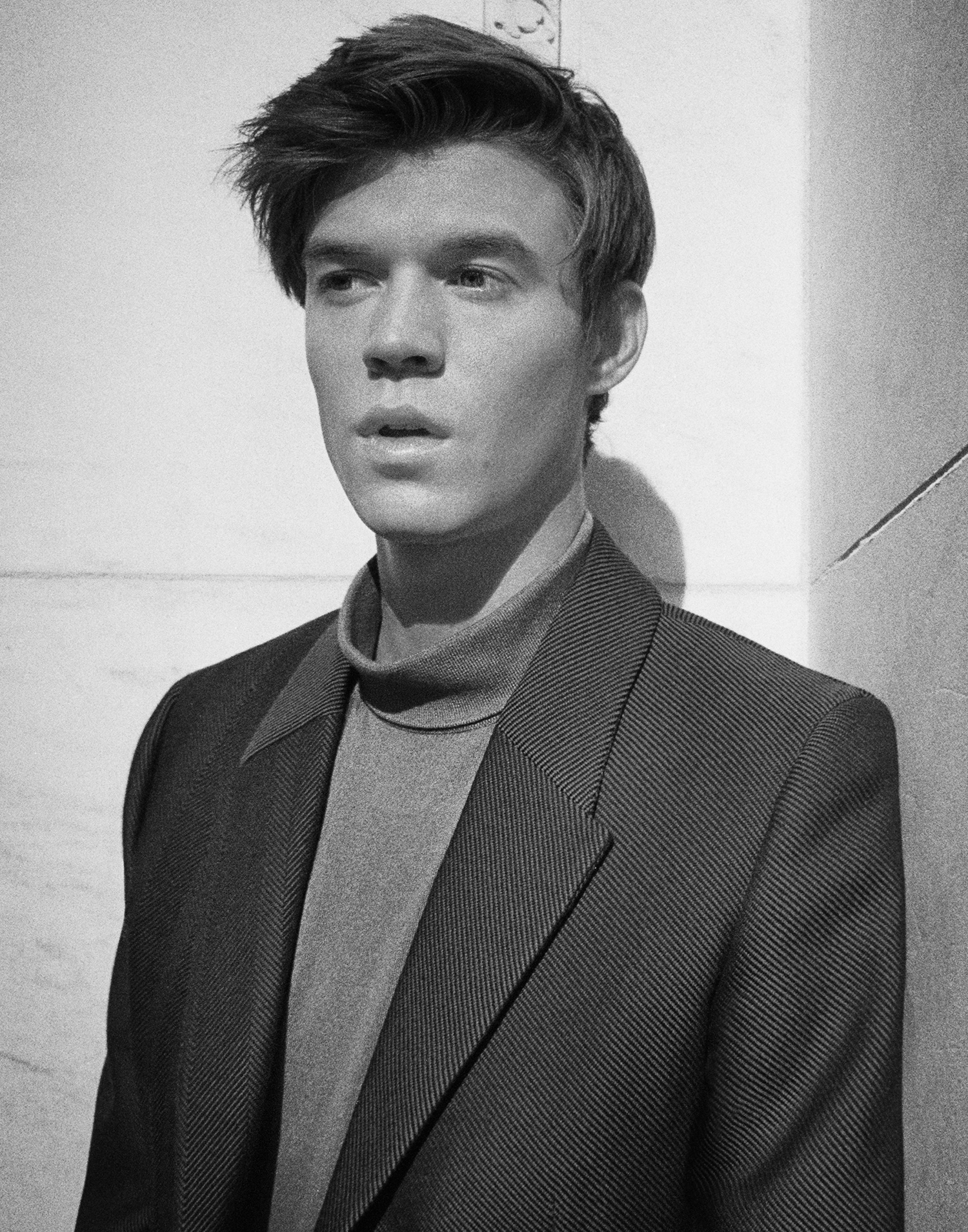 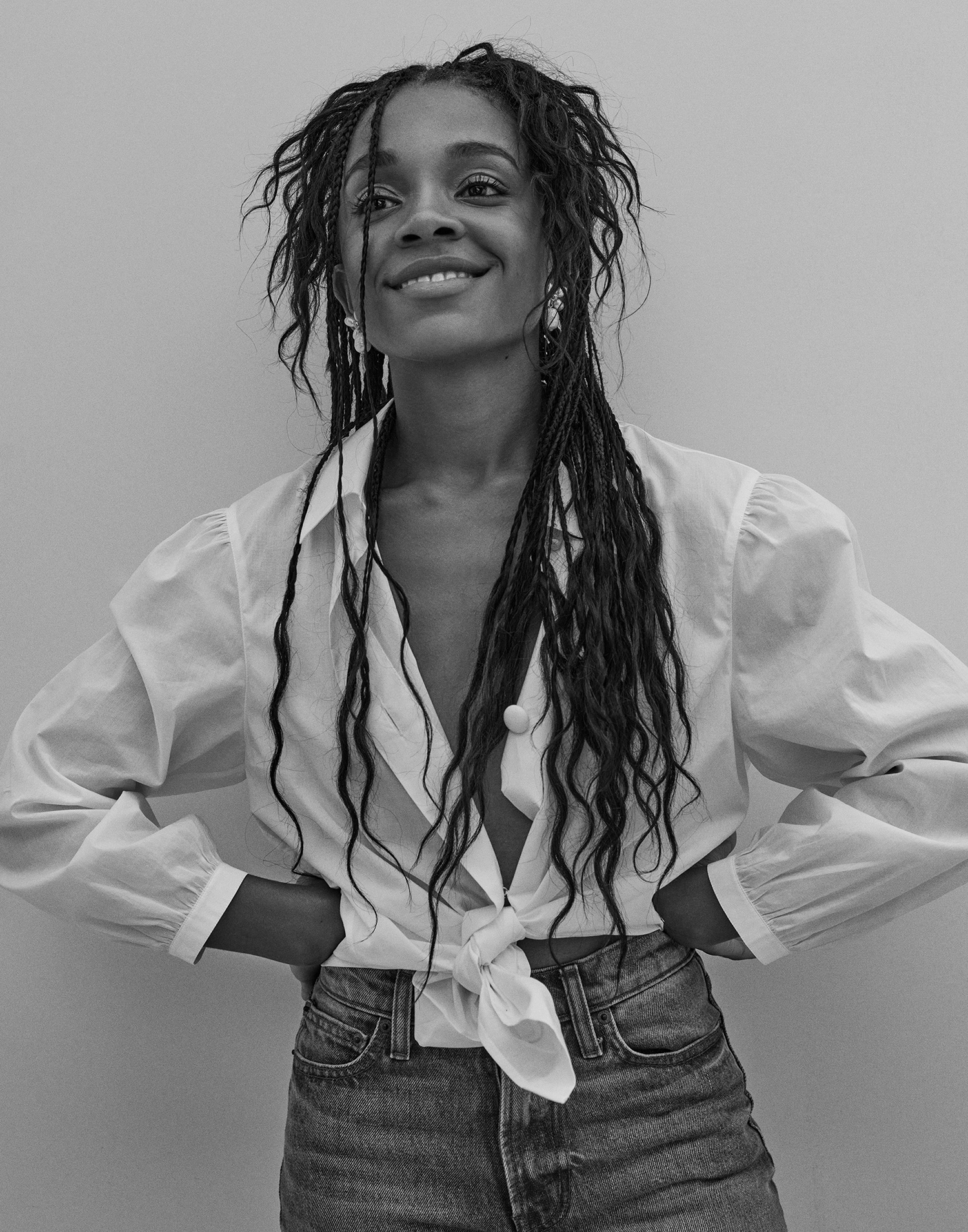 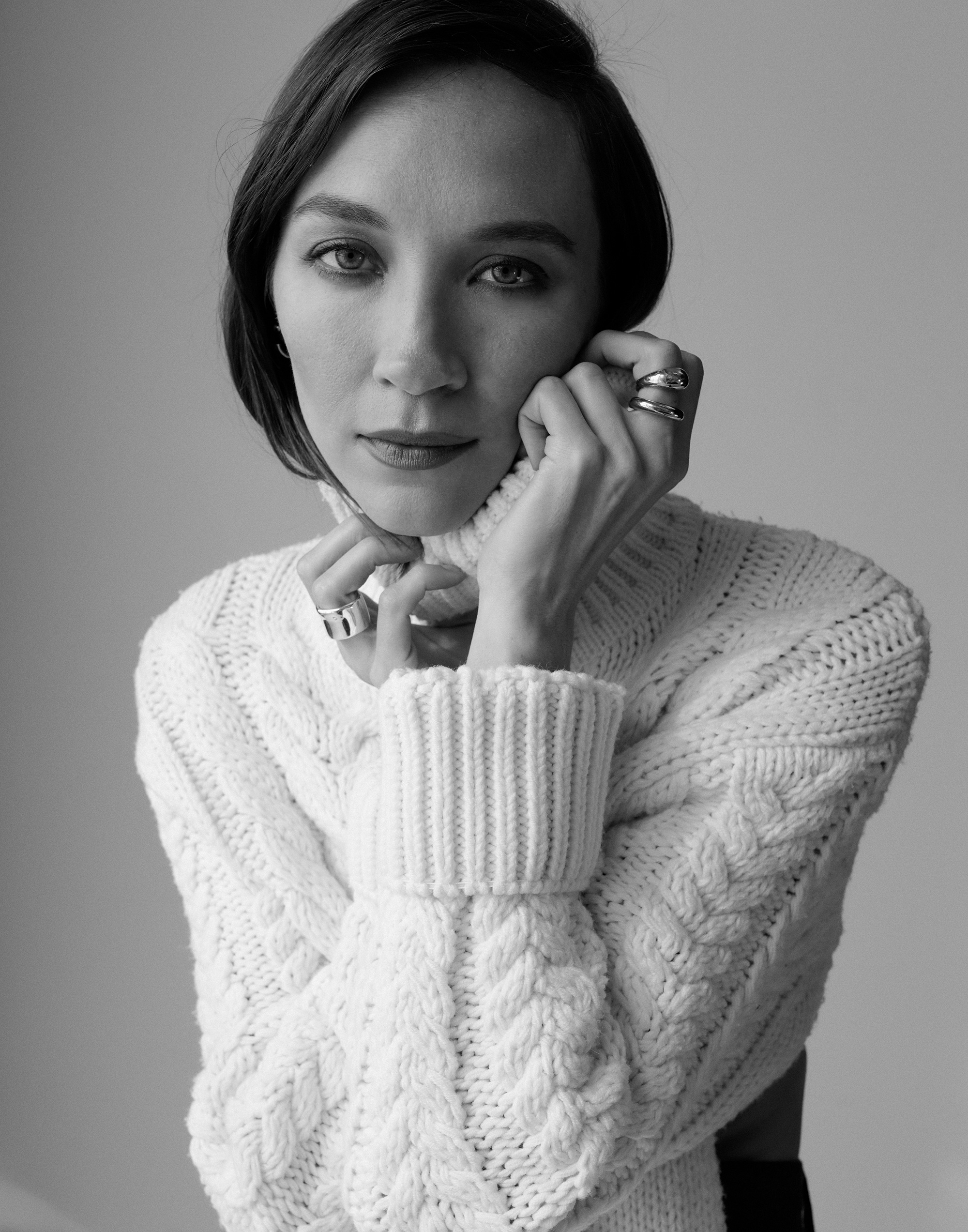