Meet Colin Ford, who speaks with SBJCT about using your platform, connecting with the world, and choosing to seek balance while growing up in front of a camera.  And some pretty major influences that have come along the way, from Cameron Crowe to Matt Damon.  Also, why rejection is a most important tool in eventually getting what you want… Read on, here: 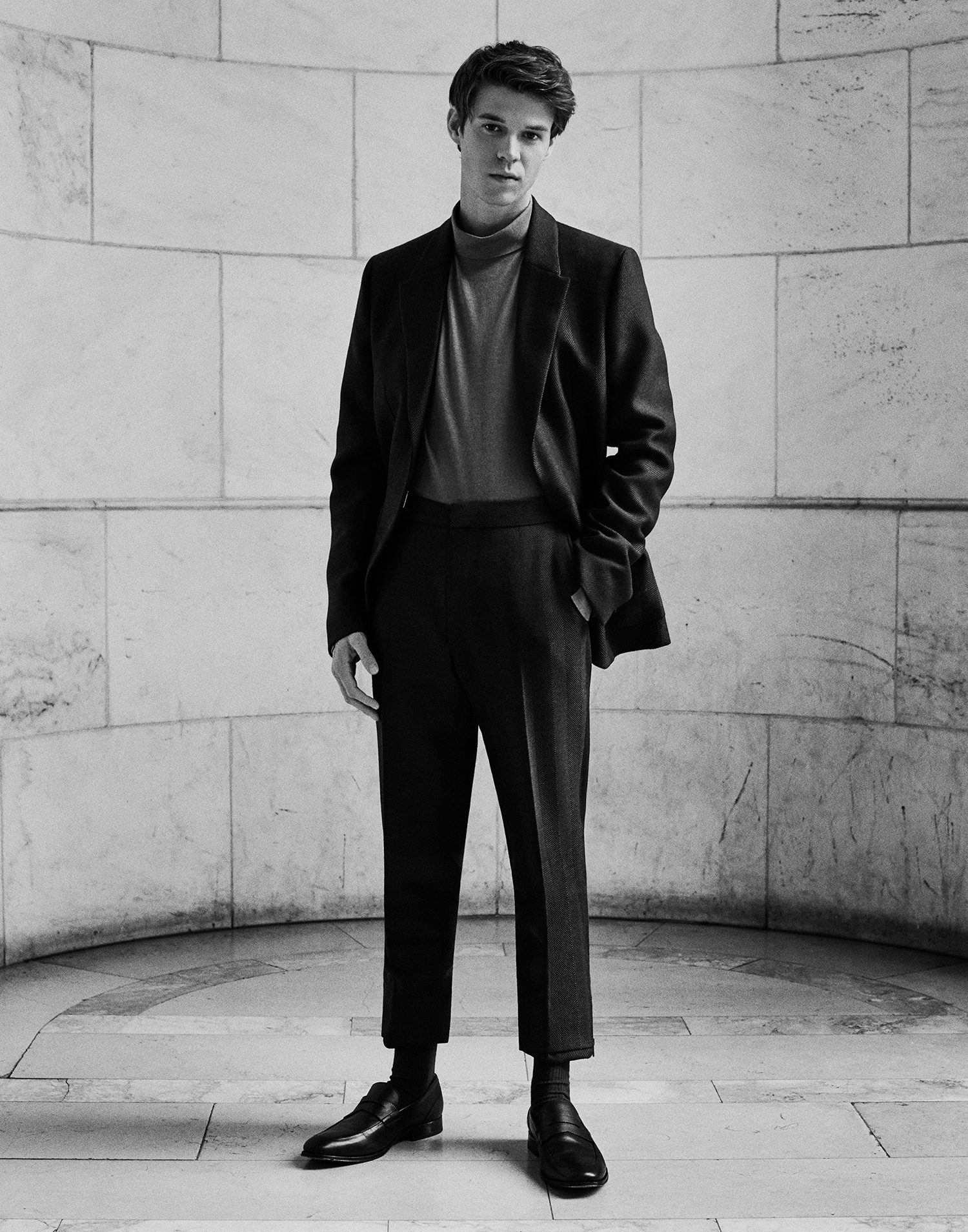 Erin Walsh Hello Colin! Thank you for taking some time from your ever-busy schedule to do a little shoot with us. I want to talk a bit about your lifetime spent in front of the screen thus far. To my knowledge, you are only 23 (!) and have quite the roster under your belt. You made your film debut at age 5 in Sweet Home Alabama. Why and how did you start so early? And tell us what that was like?

Colin Ford I remember always wanting to be an actor, constantly pointing at the television saying “I want to be on the TV!” I was at my mom’s office one day and her secretary’s daughter, Kelly, was working as Candice Bergen’s stand-in on the film Sweet Home Alabama. Kelly asked me if I would like to go to an open casting call, so I did. I was lucky to get the role of Clinton Jr., and the rest is history. I honestly don’t remember a lot about that day, I just remembered going around talking to a lot of people and at the end of the day they said I had the role. 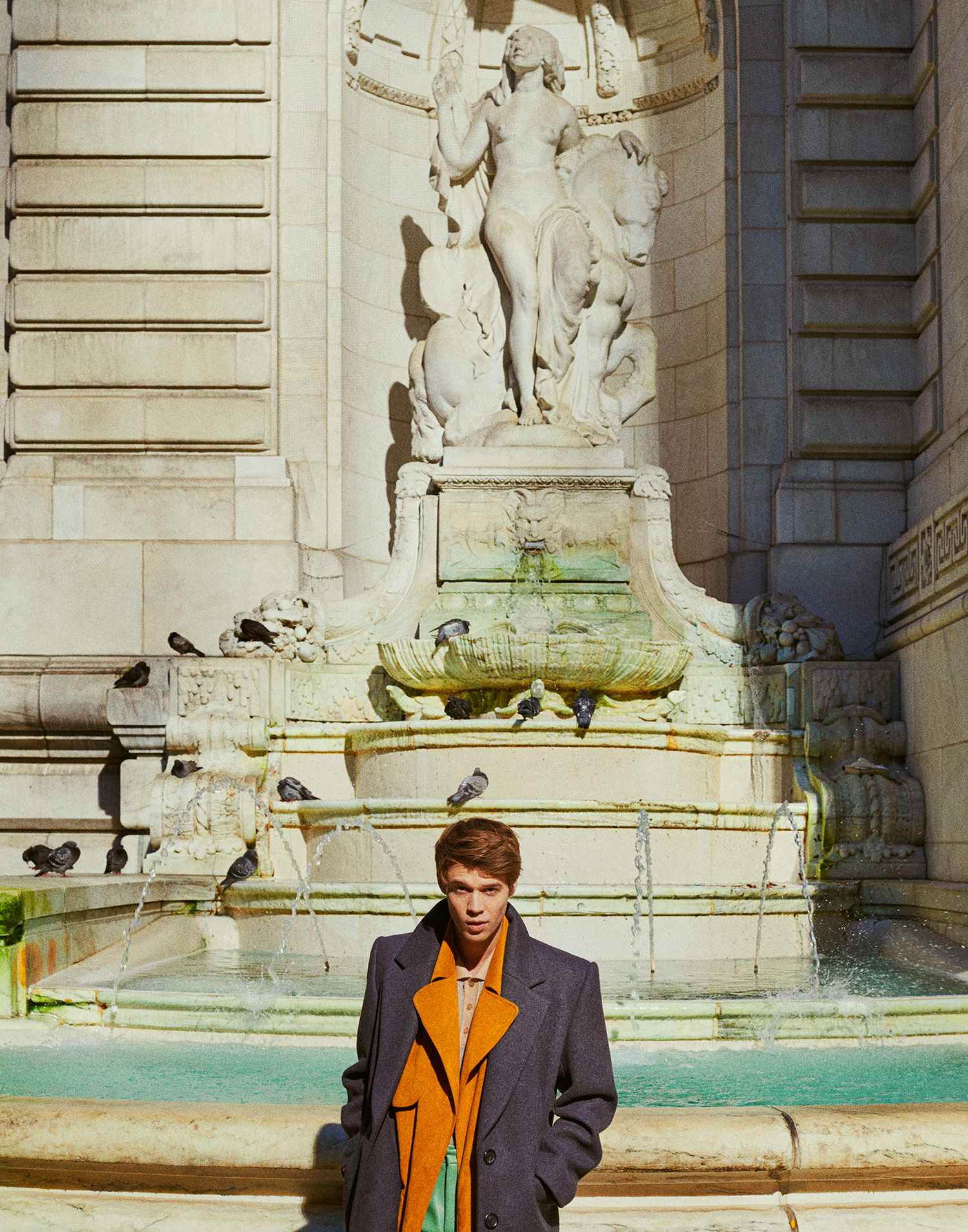 Being an actor meant I could be a superhero, or an astronaut, a pilot, even a skater in the apocalypse.

EW Do you have the feeling that you grew up on sets? What was that like? How did that work with school?

CF I definitely feel like I grew up partially on set, but my education was the number one priority for my parents. In fact, it was made very clear to me at a young age that if I did not do well in school, I would not be allowed to act. Although I was blessed to work a fair amount as a child, I attended private school from kindergarten through senior year. While working on set, I always had a tutor that administered the curriculum of the school I was attending. As a child actor you are required to have 3 hours of education each day. My school curriculum was rather demanding, especially in middle school and high school, so in addition to working and the required 3 hours, I often did quite a bit more schoolwork after I got home from set and on the weekends.

EW Did you have a normal schooling experience to any degree?

CF Absolutely. I even participated in many sports like basketball, football and golf up until high school. Sometimes I’d have to miss practice to go to auditions, and sometimes I would miss auditions for games. It was a balance, but my parents always gave me a choice. As I approached high school, it became clear I would have to choose acting or athletics, and I chose acting. I think I made the right choice! 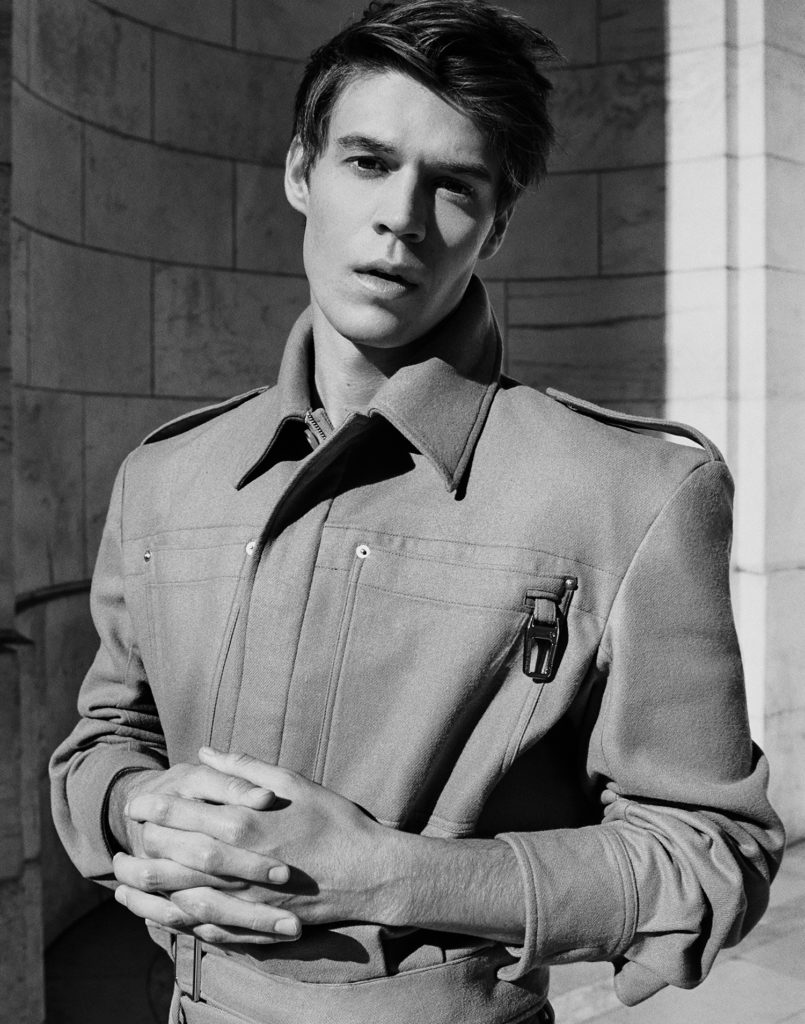 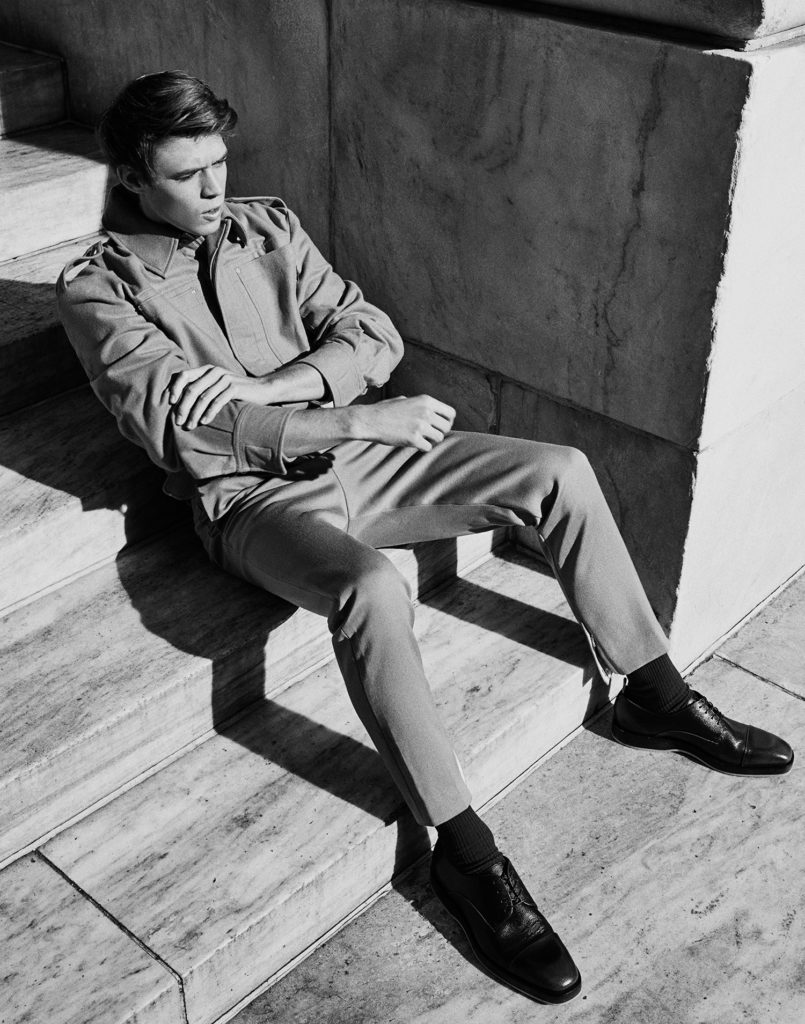 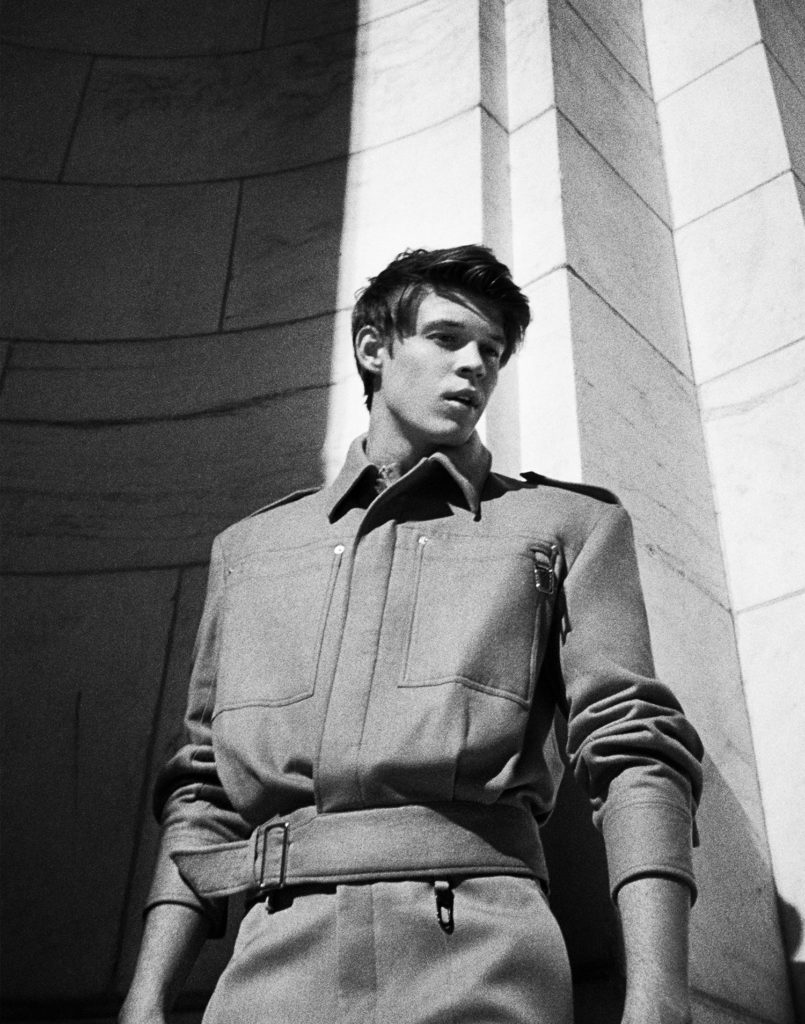 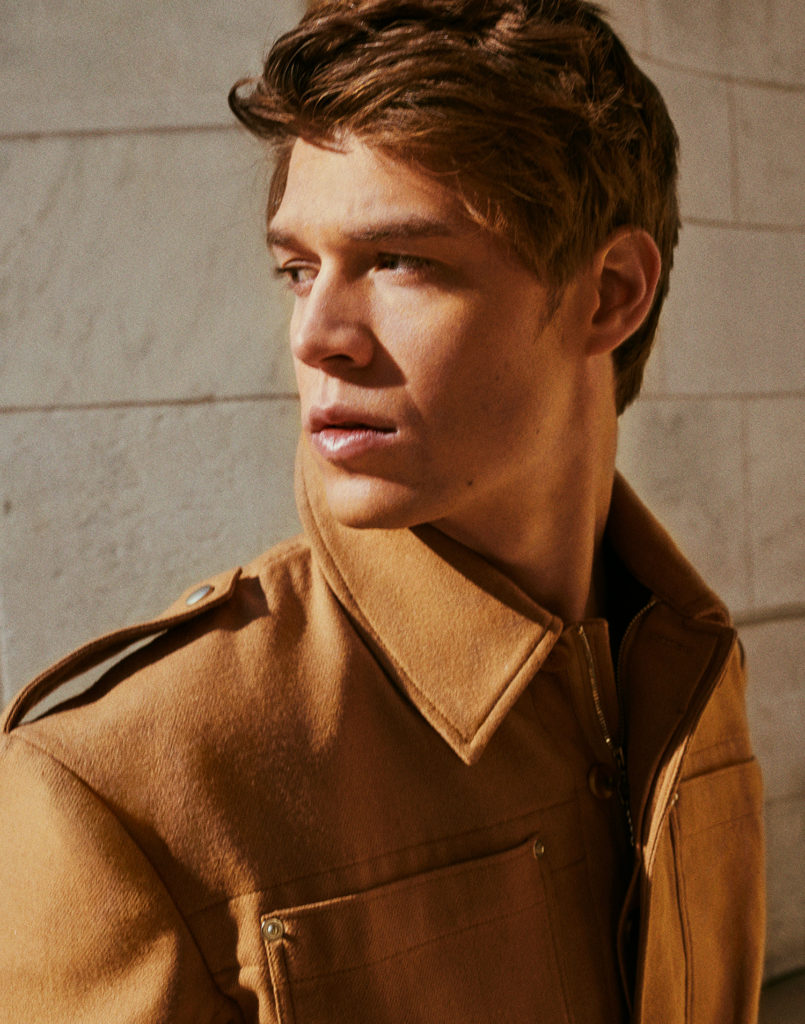 EW What is your advice for young actors (whatever age) starting out in the industry? Given how seasoned you are, you have watched the industry and its demands (particularly social media) change since you entered it…

CF My advice to young actors is to work hard and get used to hearing no, because facing rejection is just part of the job. You can’t let it get you down – you have to use it as fuel to accelerate you into getting the next job. Also, social media has taken some getting used to but, when used effectively, I believe it can be really beneficial. I enjoy being able to connect with people from all over the world. 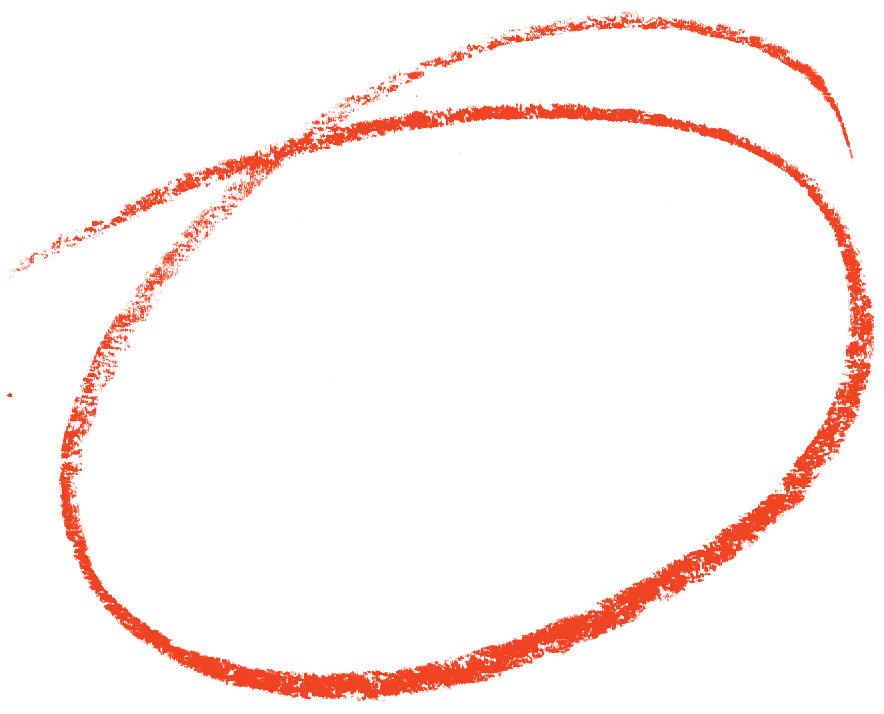 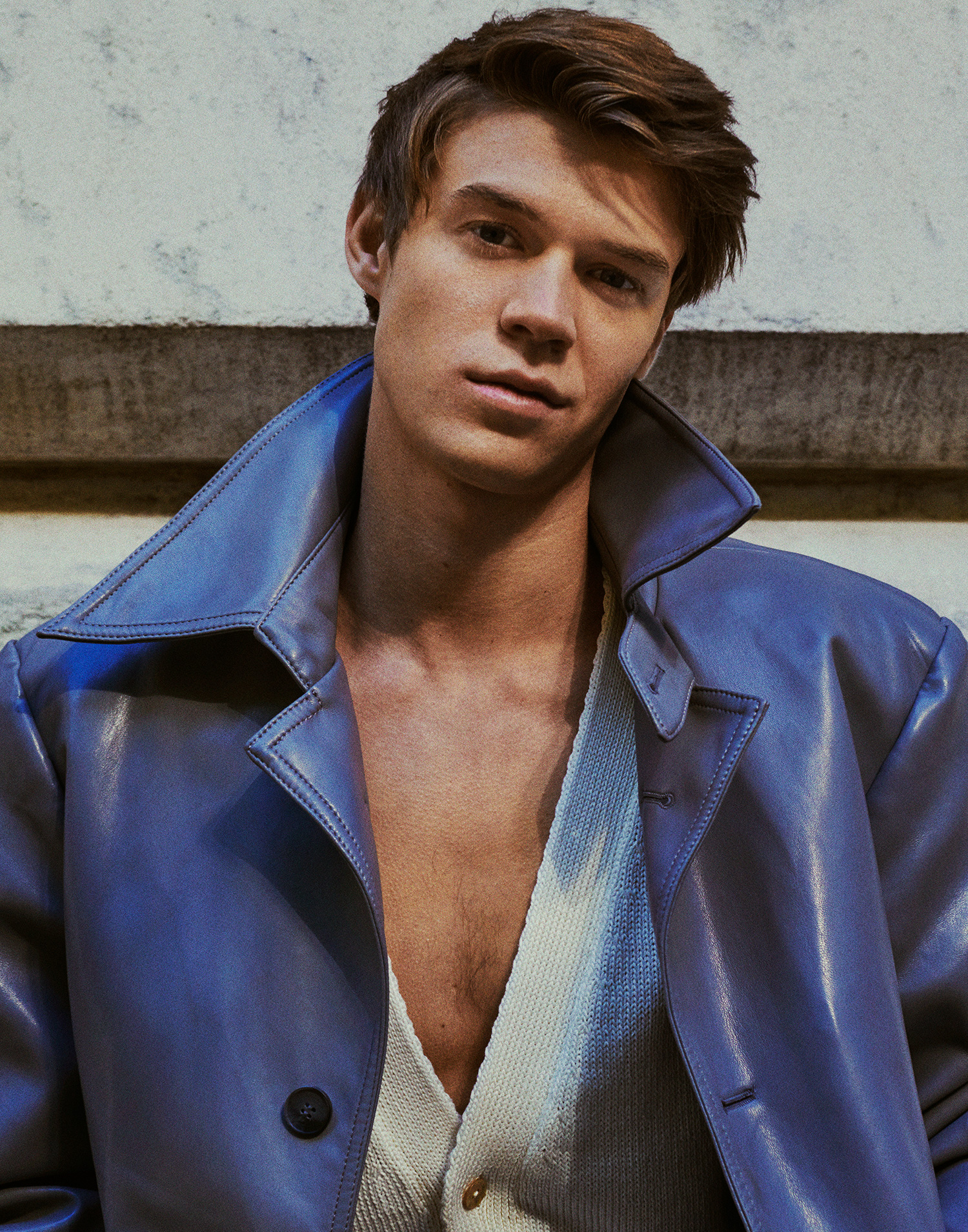 EW What advice would you give to your younger self?

CF Don’t stress about the small things, like not getting a role you wanted. Trust in God and yourself, and things will work out for you. There are enough roles for everyone.

EW What do you think about the business of being an actor? What part of it do you love the most and what (if anything) would you change?

CF Growing up, I dreamed of being a million different things. I could never make up my mind, but through watching different television shows I quickly realized I could always be anything I wanted, as long as I was an actor. Being an actor meant I could be a superhero, or an astronaut, a pilot, even a skater in the apocalypse. I love being an actor because it allows me to travel to exciting places, it allows me to entertain others and it allows me to experience other personalities in the characters that I portray. 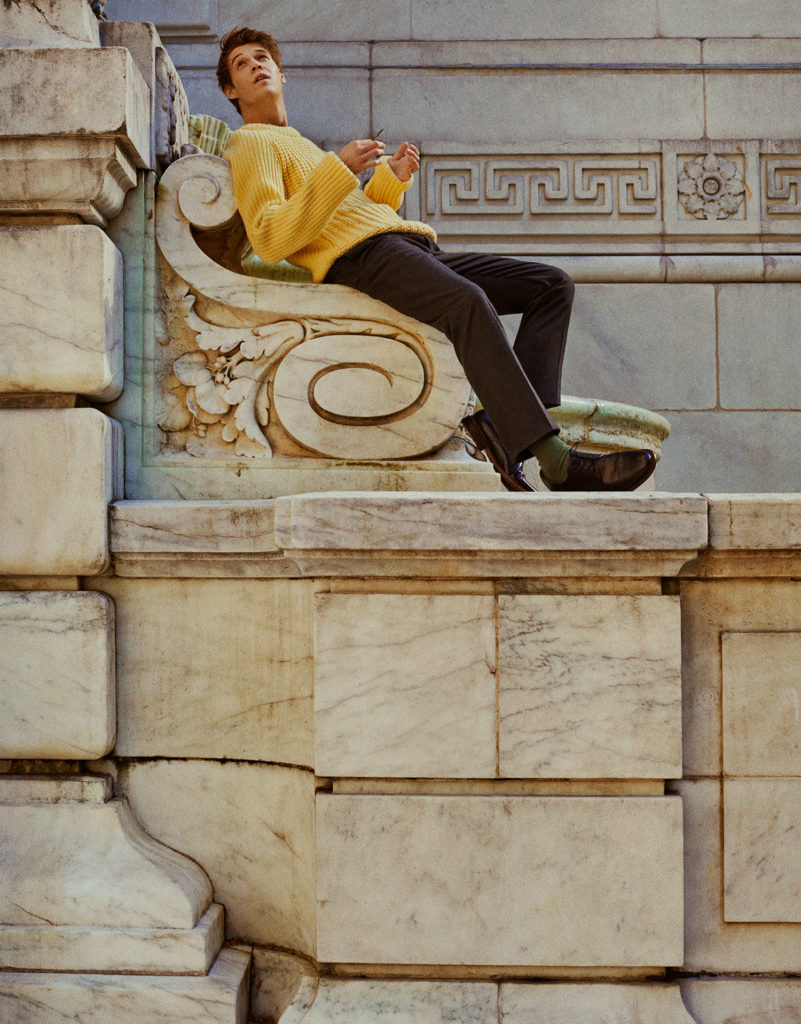 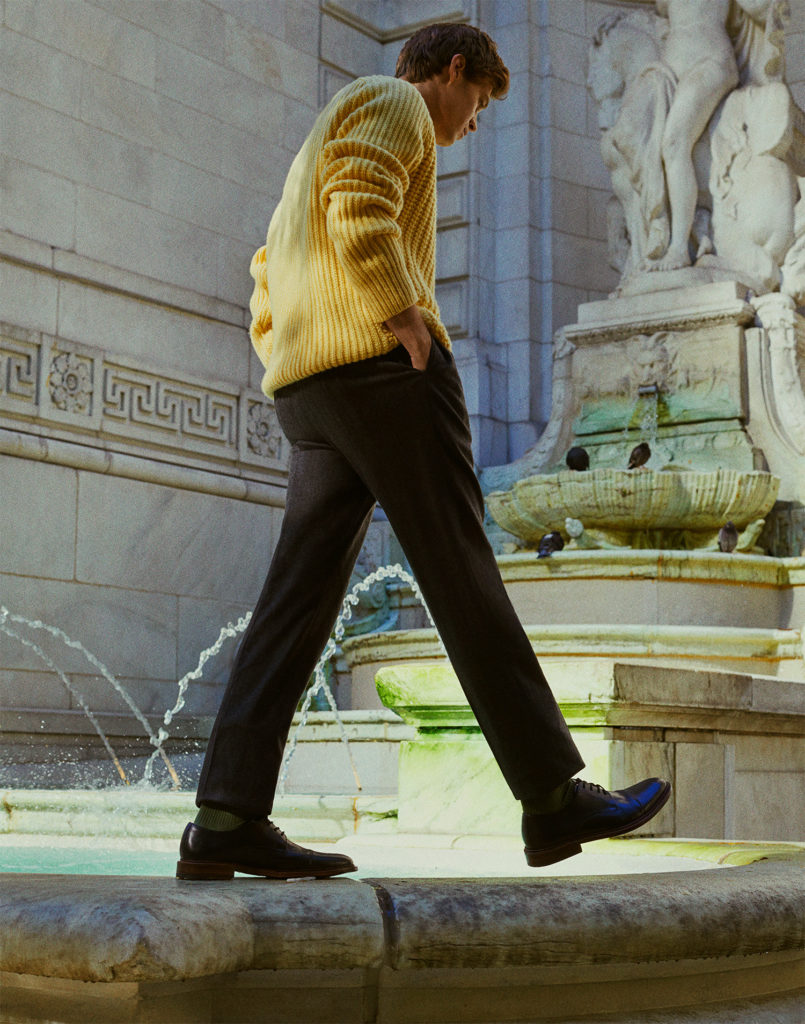 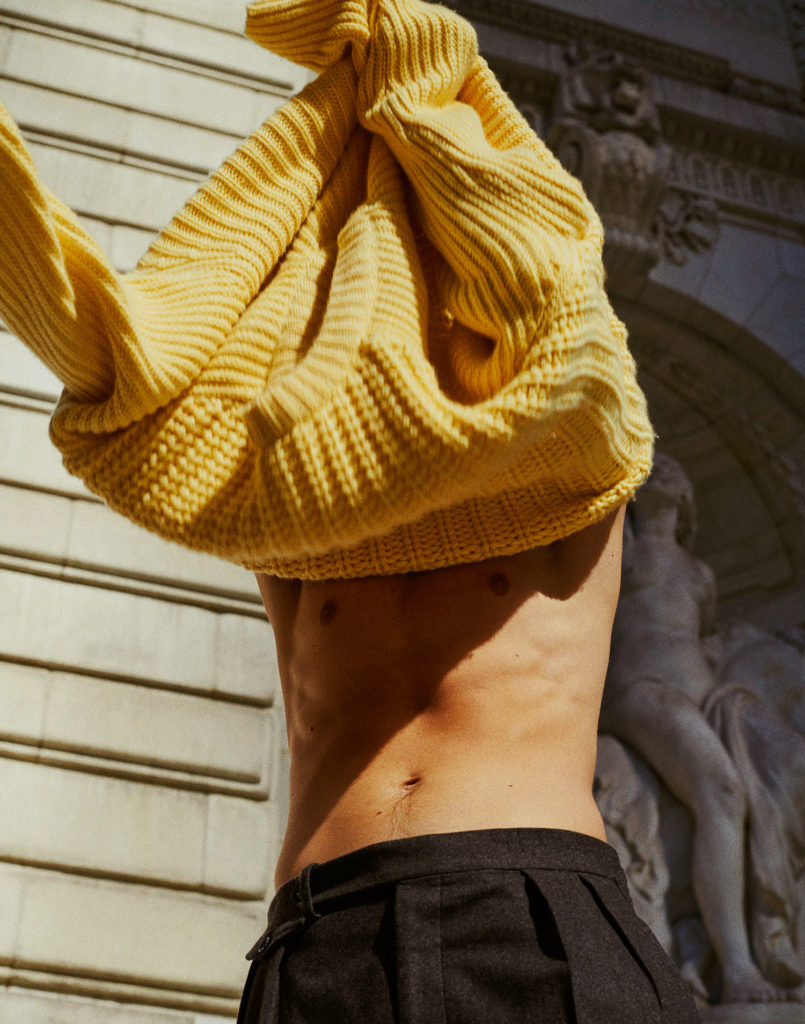 EW Do you find there is a higher calling or purpose to what you do?

CF I just love to entertain others through television and film. Daily life can get you down sometimes and I think it is important for people to turn on the TV or go watch a film and just have fun and enjoy watching. It is important to find time to take a break from the stresses of life.

EW What do you consider to be your social responsibility given the nature of the public forum, the public platform, you have been given?

CF I want to be a positive role model for others. Josh, the character I play in Daybreak, is a good guy. Sure, he makes mistakes, but overall he is striving to make the world a better place. I want to live my life in a way that inspires others. My faith, my family, help guide me daily and I hope I can help guide others.

CF Professionally, I would have to say that Matt Damon has always been a real inspiration to me.  After working with him on We Bought a Zoo, it confirmed everything I had always thought about him. He has an amazing work ethic, he’s extremely kind to everyone around him, and I admire his family values. I’ve looked up to him ever since and would love to work with him again given the opportunity. I would have to say that if I am ever blessed with directing a film, I would use a lot of music to help actors get into the scene. This was a technique I learned from Cameron Crowe. Lastly, I have to credit my longtime friend and acting coach, Gary Hudson. Gary is always there for me, whether it’s to work a scene or to chat about my day. 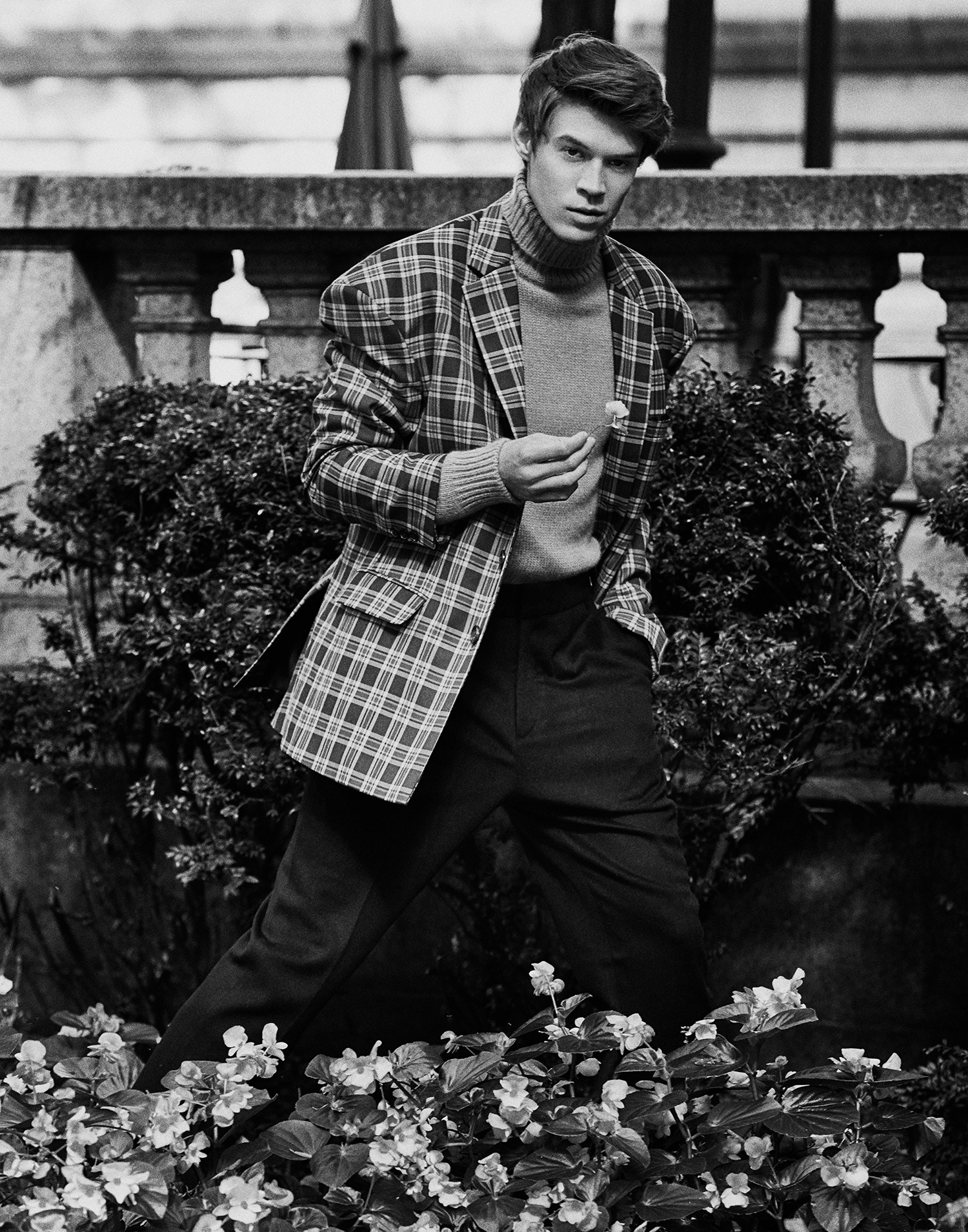 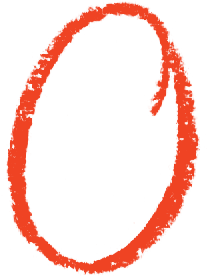 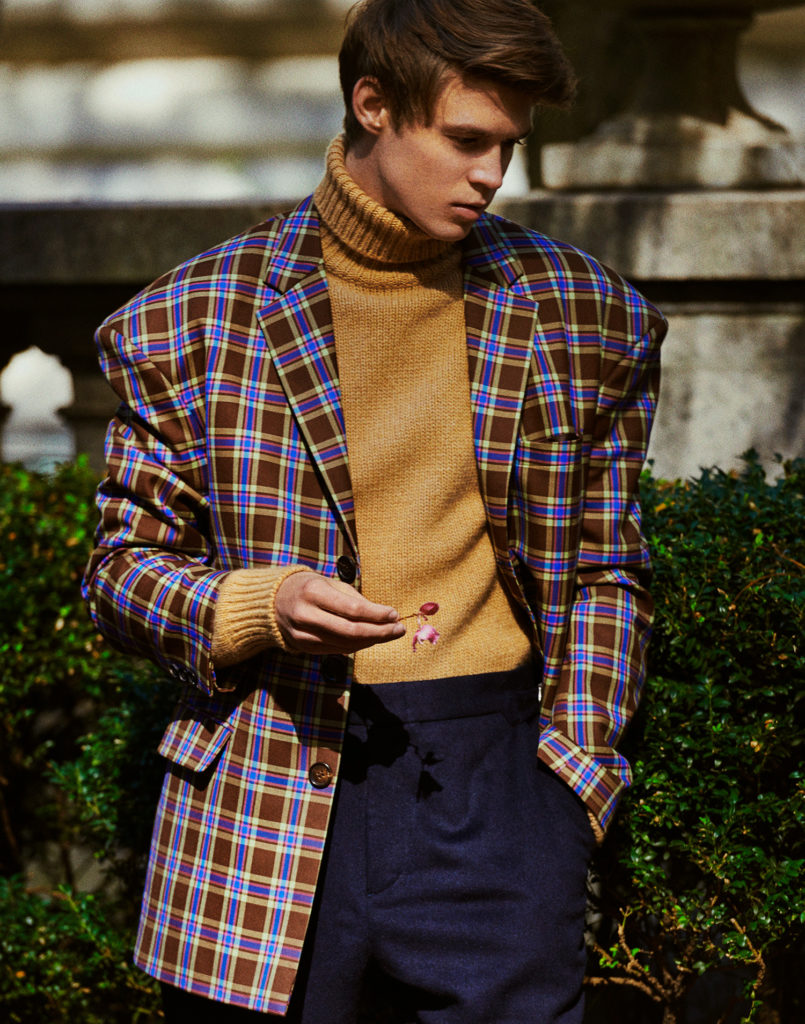 CF I watch A LOT of films, but often I go back to films that really inspired me as a young kid. For example, Good Will Hunting, A River Runs Through It, Dead Poets Society, Taps, Saving Private Ryan, Stand by Me. These films all told great stories. In addition, I loved the Bourne and James Bond series’. I would love to be the new James Bond or Jason Bourne one day. Maybe, since I’m not British, Jason Bourne might be the more realistic goal!

EW Favorite role you have undertaken thus far and why?

CF Daybreak is probably my favorite role thus far. I fought hard to play this character! I love the fact that Josh has two contrasting personalities. In the pre-apocalypse world, Josh is an average kid struggling with his own insecurities. As a new student to Glendale High, he doesn’t particularly fit in or have any friends. But then in the post apocalypse world, things change. He is confident, strong, and even athletic. It was such a fun challenge getting to represent both ‘versions’ of Josh. That was the challenge that made me excited about this role. It is very cool as an actor to have the opportunity to play two opposite personalities within the same project.

EW Tell us a bit about what you are into these days in your free time.

CF When I finish a job, I usually take some downtime in a tropical place. Recently, I have been working on my golf game. I also enjoy going to concerts and music festivals throughout the year. I am thinking about learning guitar. While on Daybreak, I learned a little bit of ASL. I would like to become more proficient in signing. Also, if you know me, you know that I am really into sneaker culture and fashion. I hope to collaborate with different brands and designers in the future!

EW What’s the most vital thing you do to stay in touch with your authentic self? If anything?  This could range from meditating to simply eating breakfast. I am curious about if you are into any kind of wellness ideas…

CF Over the years, I have had a hard time putting on weight. A big part of my days now is attempting to eat healthy and finding time to go to the gym or to work out with my trainer. Working with a personal trainer has allowed me to achieve some of my fitness goals, like adding 20 pounds of muscle in the last year. Working out also decreases stress, so I am firm believer in it being a part of my regimen. 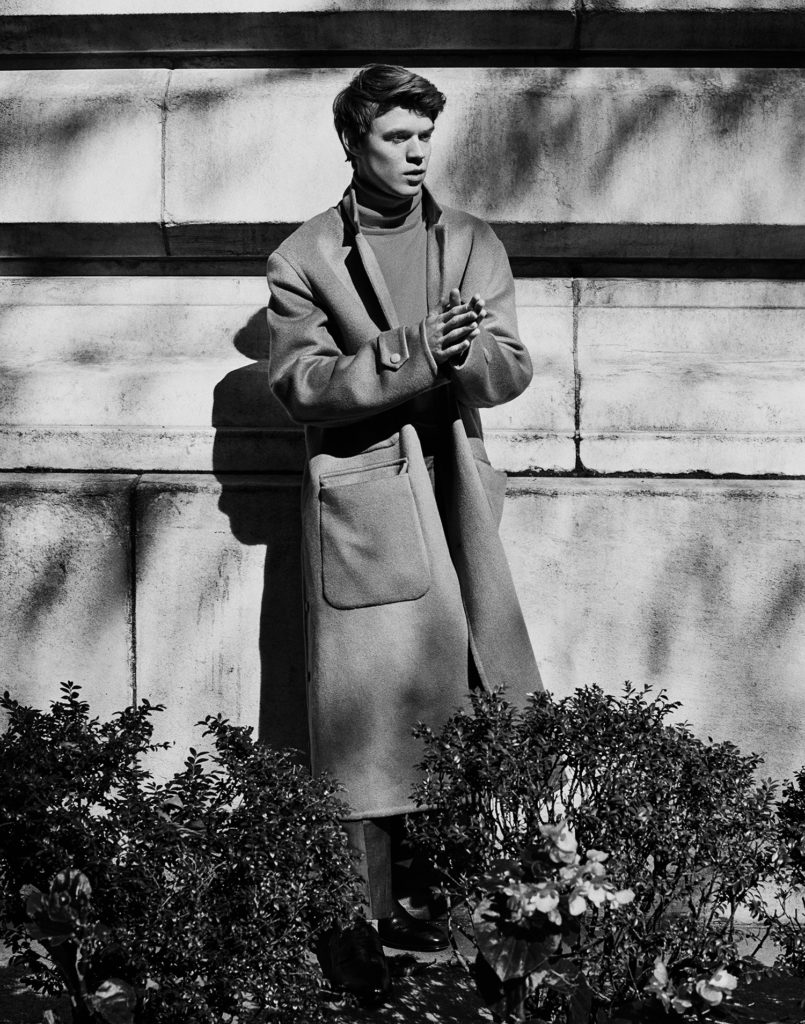 Sure, he makes mistakes, but overall he is striving to make the world a better place. 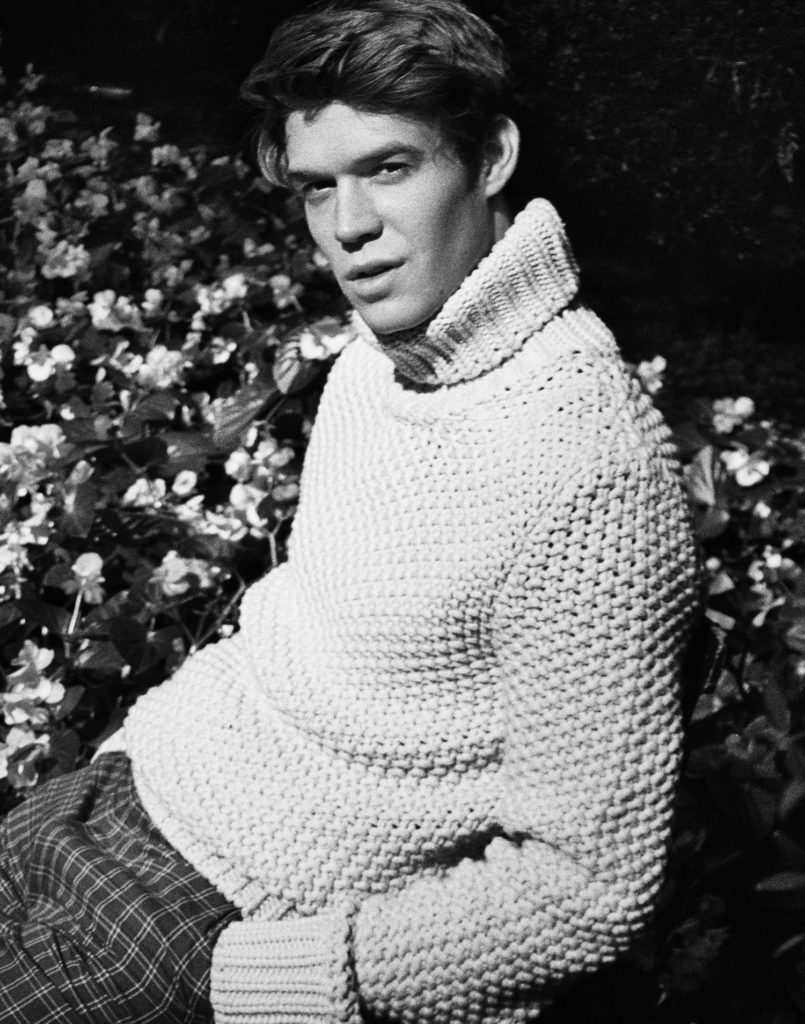 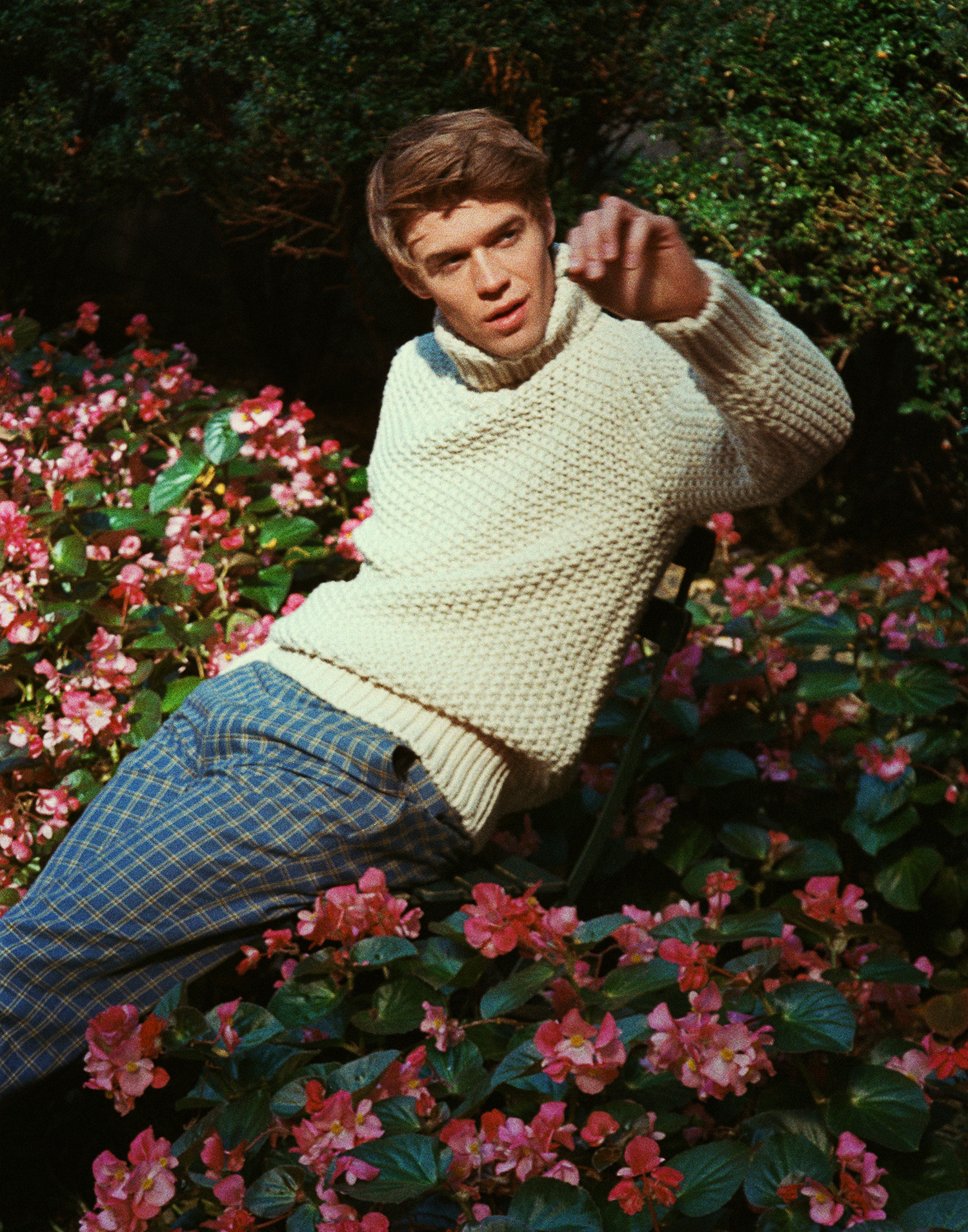 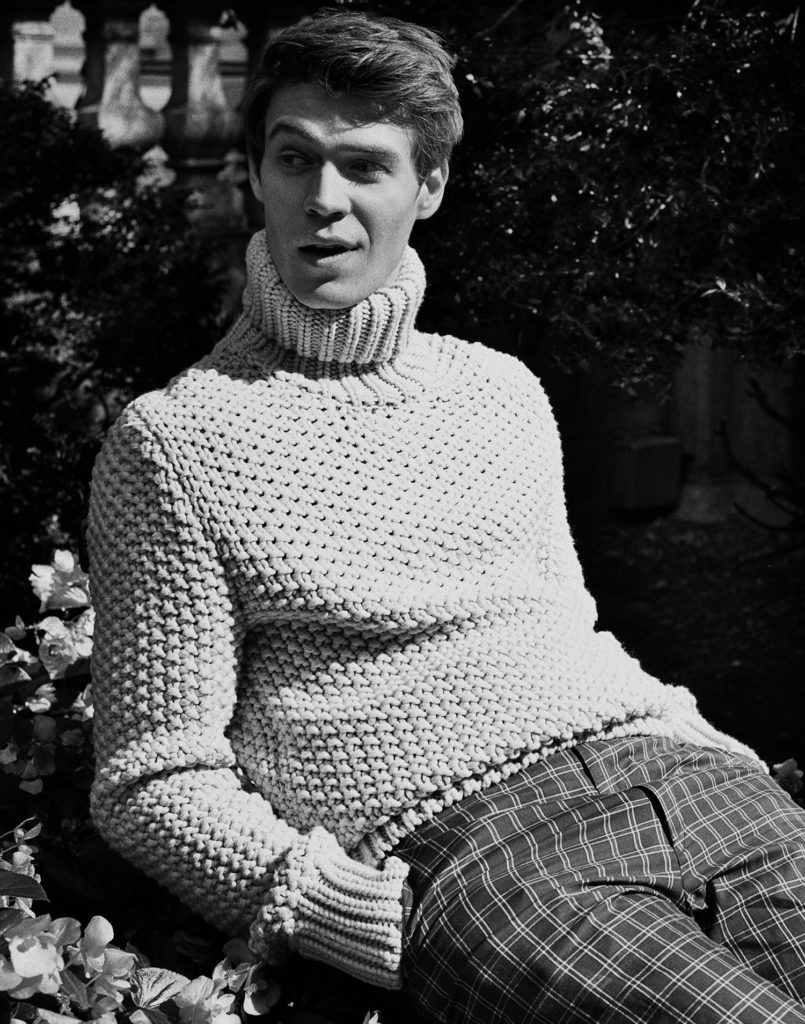 EW Colin – tell us – what really moves you? What’s your SBJCT?

CF My great grandfather (I called him papa). He passed away a week after his 100th birthday. He fought in WWII; he was a medic and an ambulance driver. My papa would never talk about the war. He couldn’t watch movies about it either, and it bothered him quite a bit. I luckily got to celebrate his 100th birthday with him. He was cracking jokes all day long. Towards the end of the day, he grew reminiscent of his time in the war. He began to weep as he told me a story about when he tried to save a pedestrian woman from the opposing side who had been injured from battle. He was chastised for bringing her back to camp for aid, but he didn’t care. He fought for her and she was eventually treated after much deliberation by his superiors. He wept because she didn’t make it – he said it was because it took too long to care for her wounds. My papa cared for anyone and everyone. I strive to be half the man he was. He was truly loved and respected by anyone who met him. 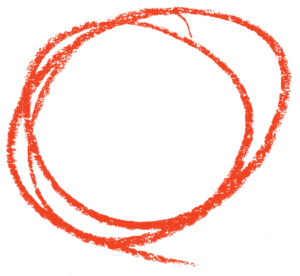 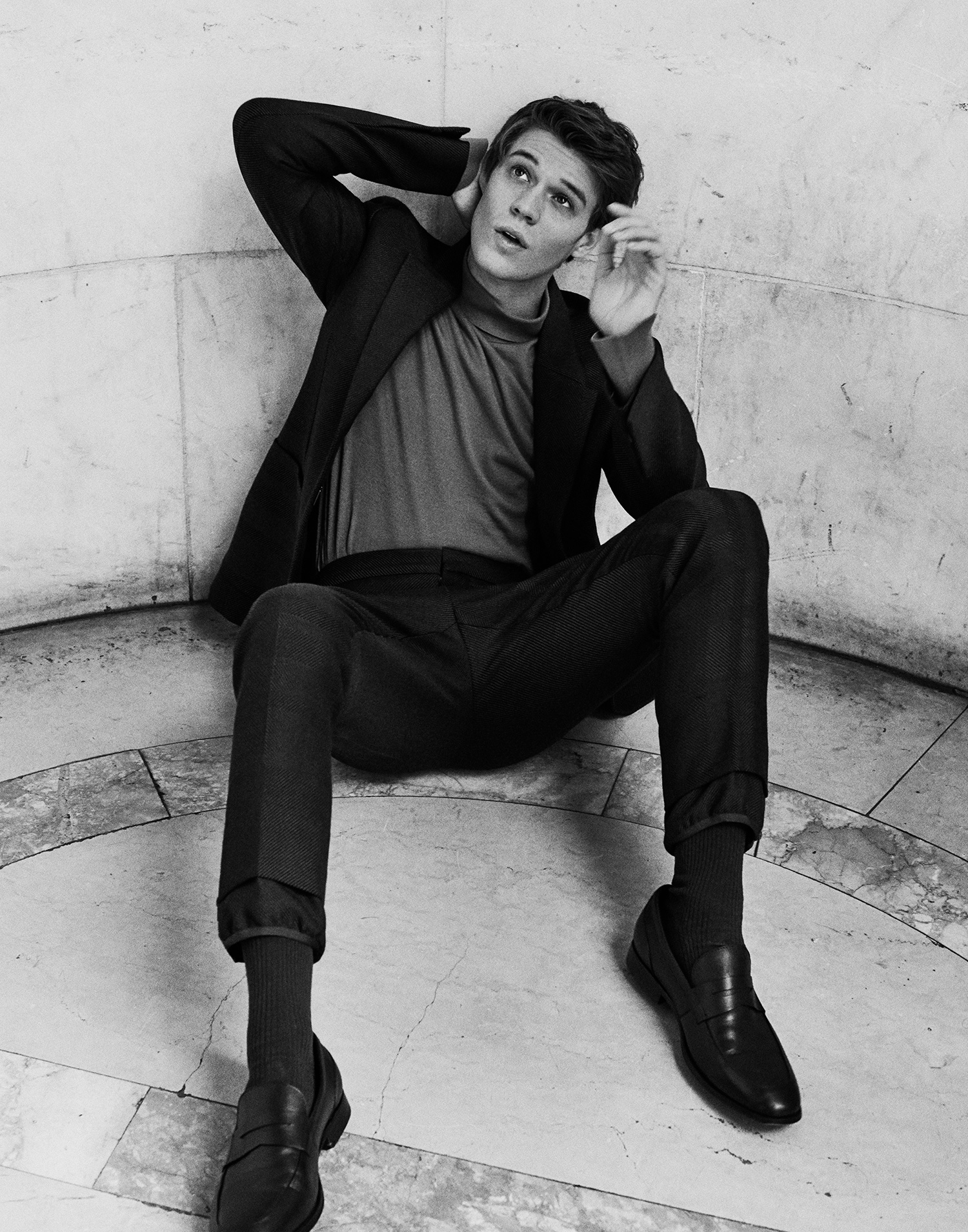 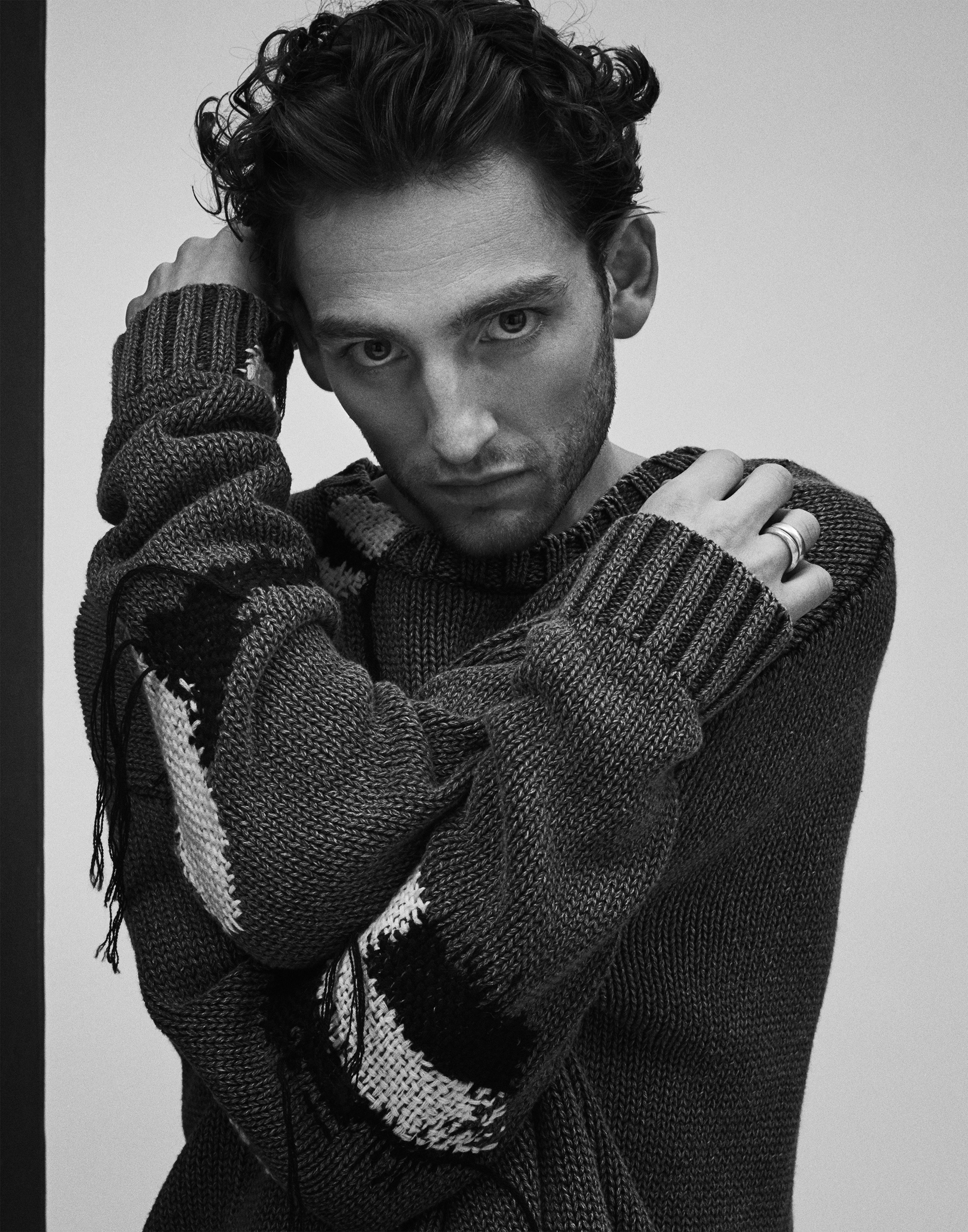 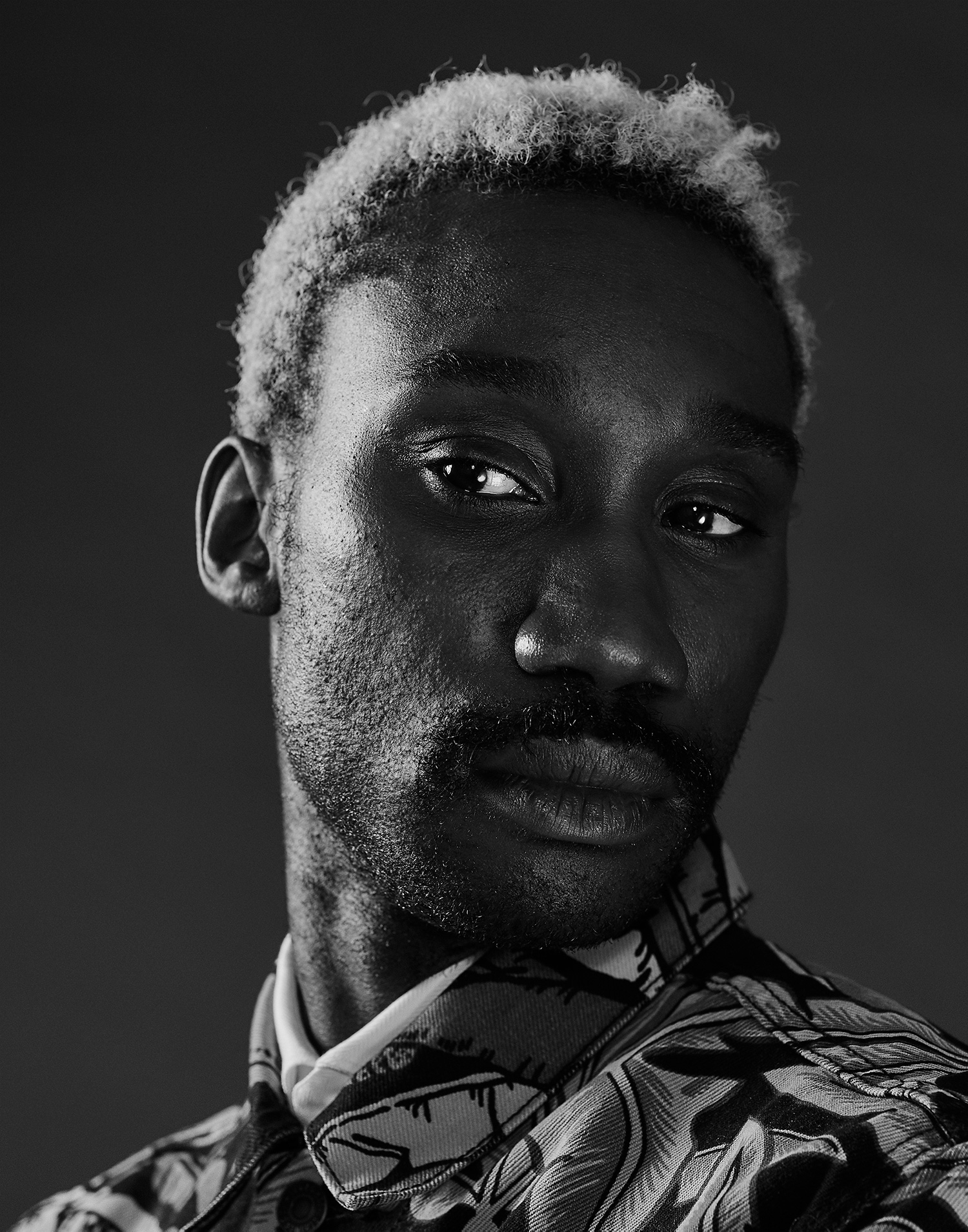 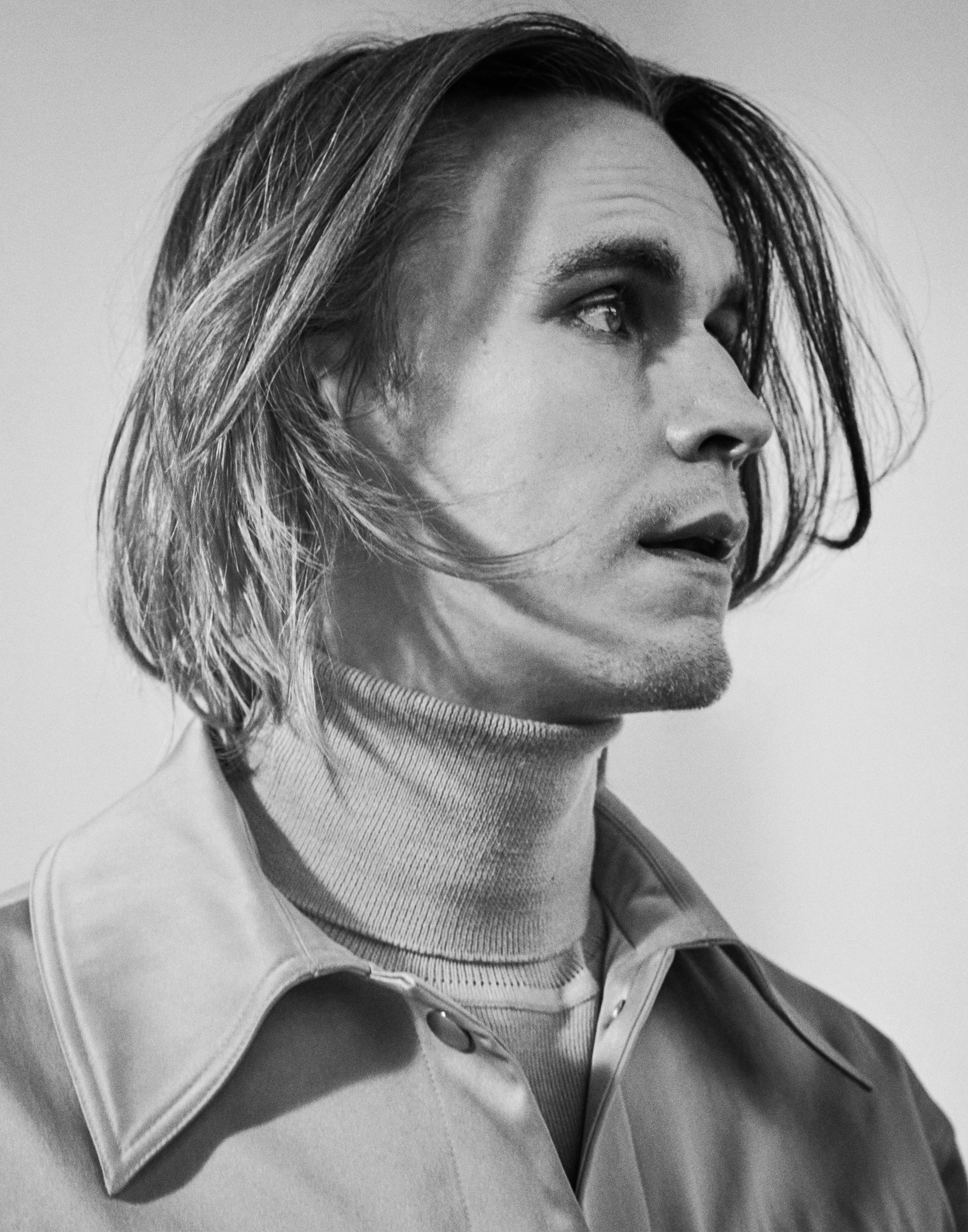