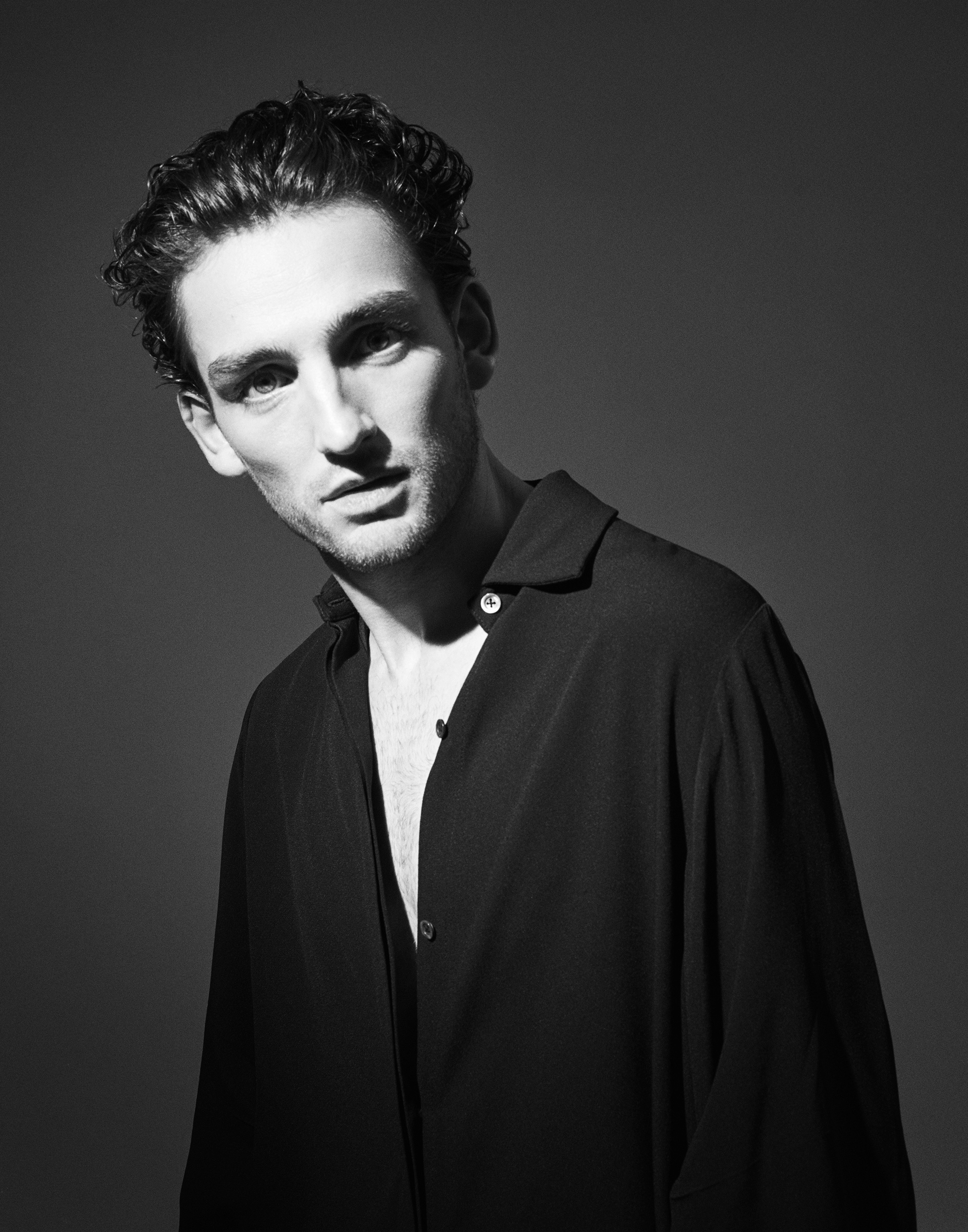 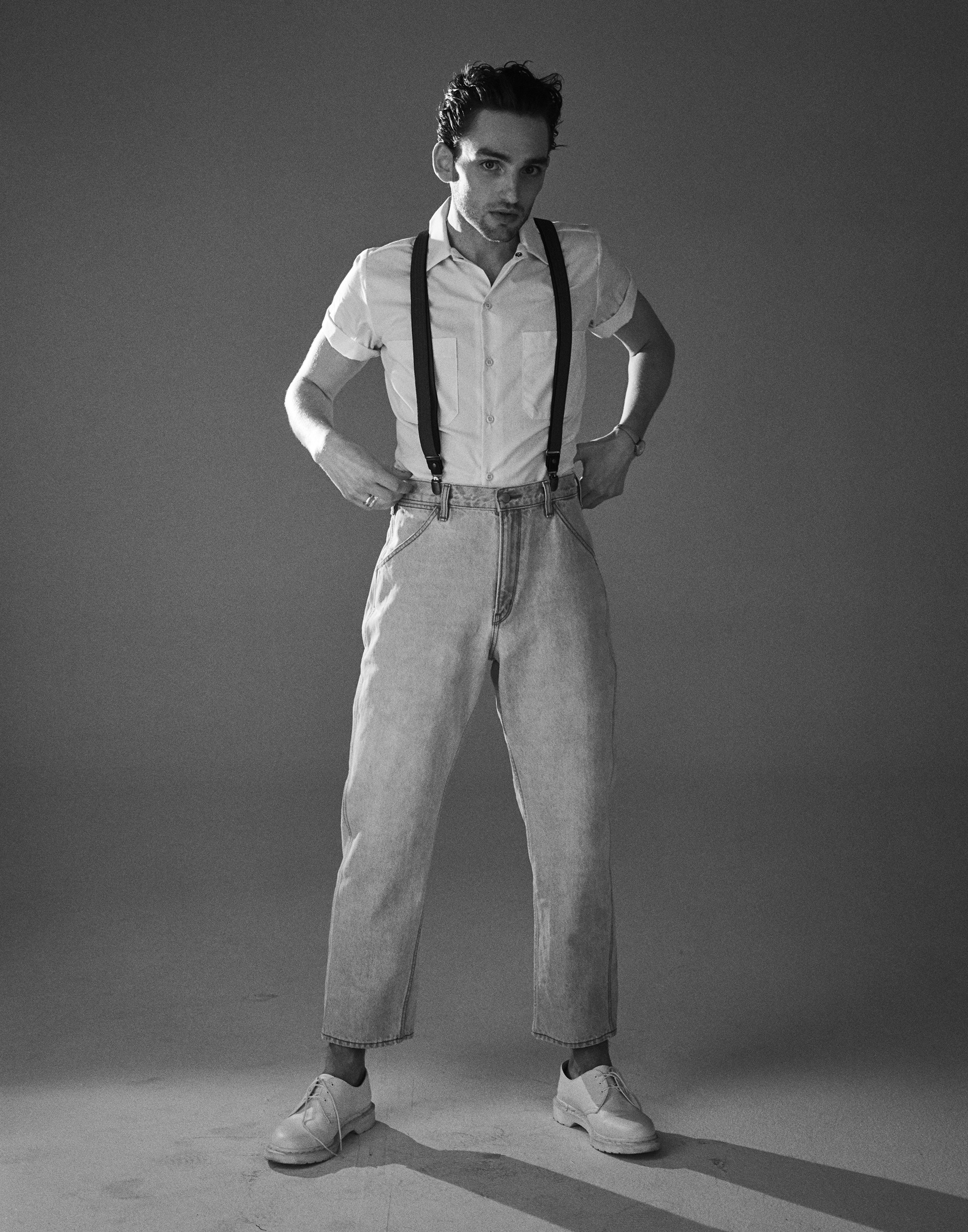 ERIN WALSH Hello Laurie! So excited to feature you on our SBJCT Journal! Would love to get a bit into your process, both as an actor and as an individual thriving in our pretty insane world landscape today.  Tell us a bit about your beginnings. How did you get involved in the acting world and what were your first breaks and inspirations?

LAURIE DAVIDSON I was fortunate enough to go to a school that had a great drama department, which became my home whilst at school – a refuge of sorts. One of my teachers at school ran a theatre company for young performers which took shows up to the Edinburgh Fringe. It was this experience of being part of a company, a group of people creating something together from nothing that really inspired me to want to do this for a living. I learnt that for me the people you are working with are as important as the work you are doing. Life is short, work with nice people!

EW Who did you look up to growing up that night have served as examples of what you might want to do or who you wanted to be?

LD My parents, although not creatives themselves are both creative people, especially my mum; they have always both been very open minded, which allowed me the freedom to go down this path. Growing up, I was lucky enough to see some wonderful actors perform on stage. One performance that really stuck with me was Mark Rylance in Jerusalem. He was electric on stage. Utterly truthful and compelling, whilst maintaining an air of mystery. It is also still one of the best pieces of writing I’ve seen on stage. Jez Butterworth is a genius and I was given the opportunity to step into The Ferryman -one of  his later plays some years later. 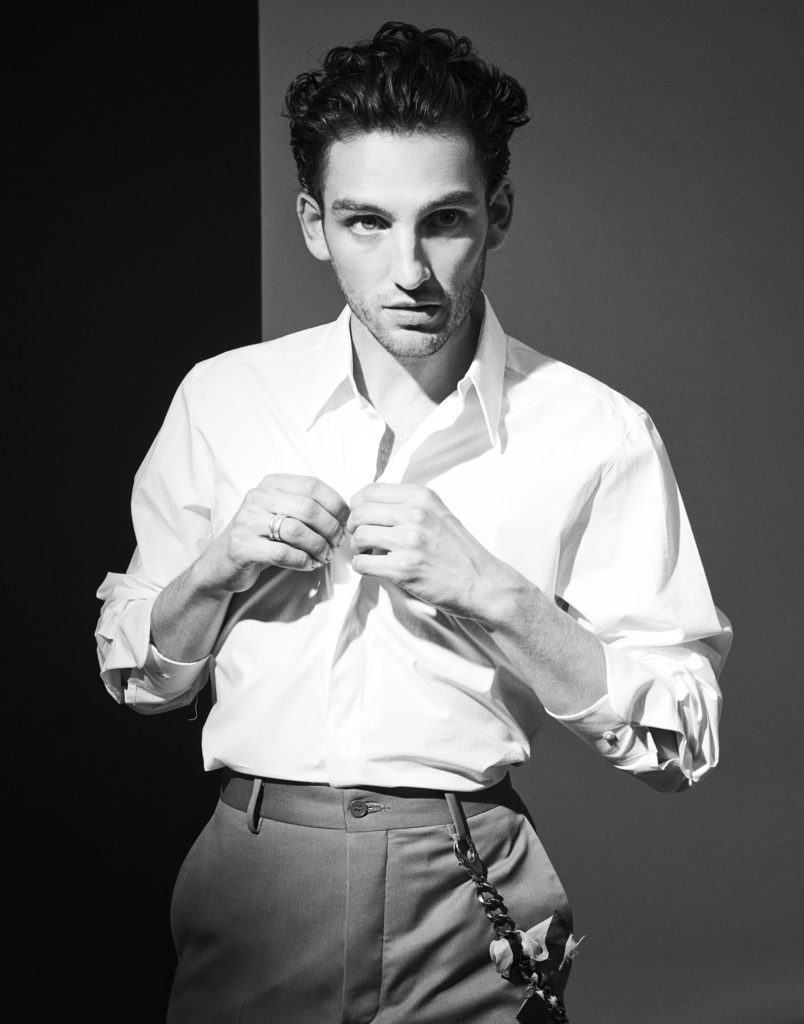 SHIRT Cos PANTS Cos CHAIN Monse

EW Tell me about your experience playing Will Shakespeare. That’s kind of like being asked to play Jesus or something, in terms of grasping at a figure long gone who has dramatically impacted almost everything about our world and our daily interactions with each other. Where did you start? What do you enjoy most about it? What’s most challenging in playing someone like this?

LD I was actually still in drama school when we shot the pilot, so it was a bit of a baptism of fire. I had never been on camera before, so it was a steep learning curve. Shakespeare’s work is so iconic, however very little is known about the man himself. Some people question whether he even wrote the plays.

So, in terms of building a character I had a lot of freedom. Good artists pour their hearts and souls into their work and so that was where I looked for him. I had a fantastic time making that series and although it never quite found its audience, it left me hungry to delve into his plays at some point in my career.

EW CATS. I am sure you have done your share of interviews on this lately. I personally loved it so much as a girl growing up in musical theater. What was the filming process like? And have you seen the final product? What’s your training process like for project? I am sure training for CATS is different than Will! Walk us through it.

LD It was a lot of fun to make the film. I’m not a dancer by trade, so being surrounded by a smorgasbord of fantastic dancers was such a treat. We spent 3 months in prep for the film where we experimented with lots of different dance styles. I had masterclasses in locking, ballet, Brazilian capoeira, lindy hop and many others. I’ve always loved to move but now I have so much more vocabulary in my movement to dip into. I have so much respect for dancers and the ones in CATS are amazing. Their work ethic and endurance are something I’d like to carry with me in my future work. 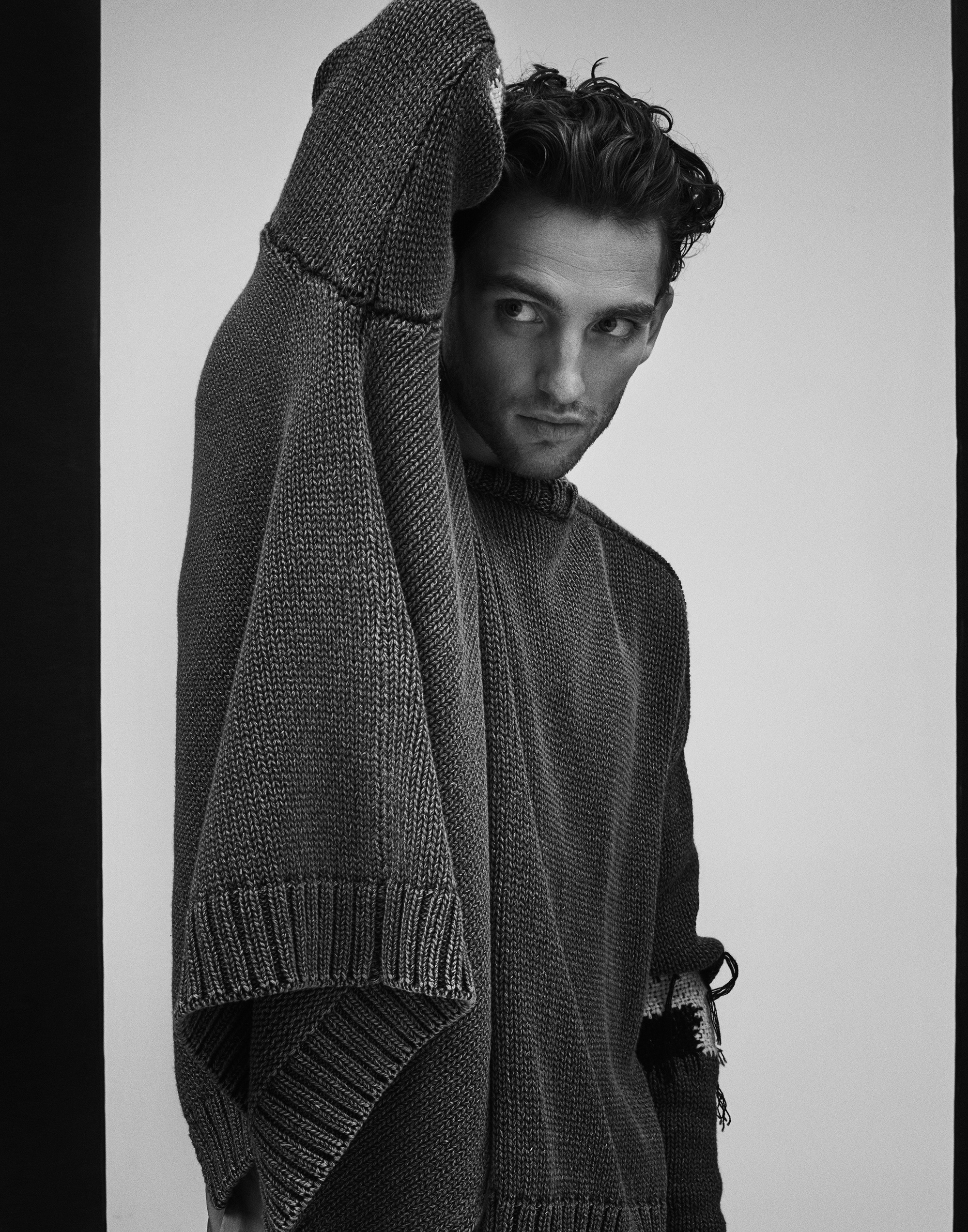 LD As an actor, each time you audition or get sent a script to read, you are putting yourself in that character. Even for a short while, it’s an escape. I think that’s one of its biggest appeals to me because it transports me somewhere.

There aren’t really typical days as an actor, but the thing that takes the most time is learning lines. So actually, a typical day would be learning lines! There are no shortcuts. I know some people who can learn lines really quick. To them I say F*** you!! They are lucky. For me the lines only go in with time and repetition. 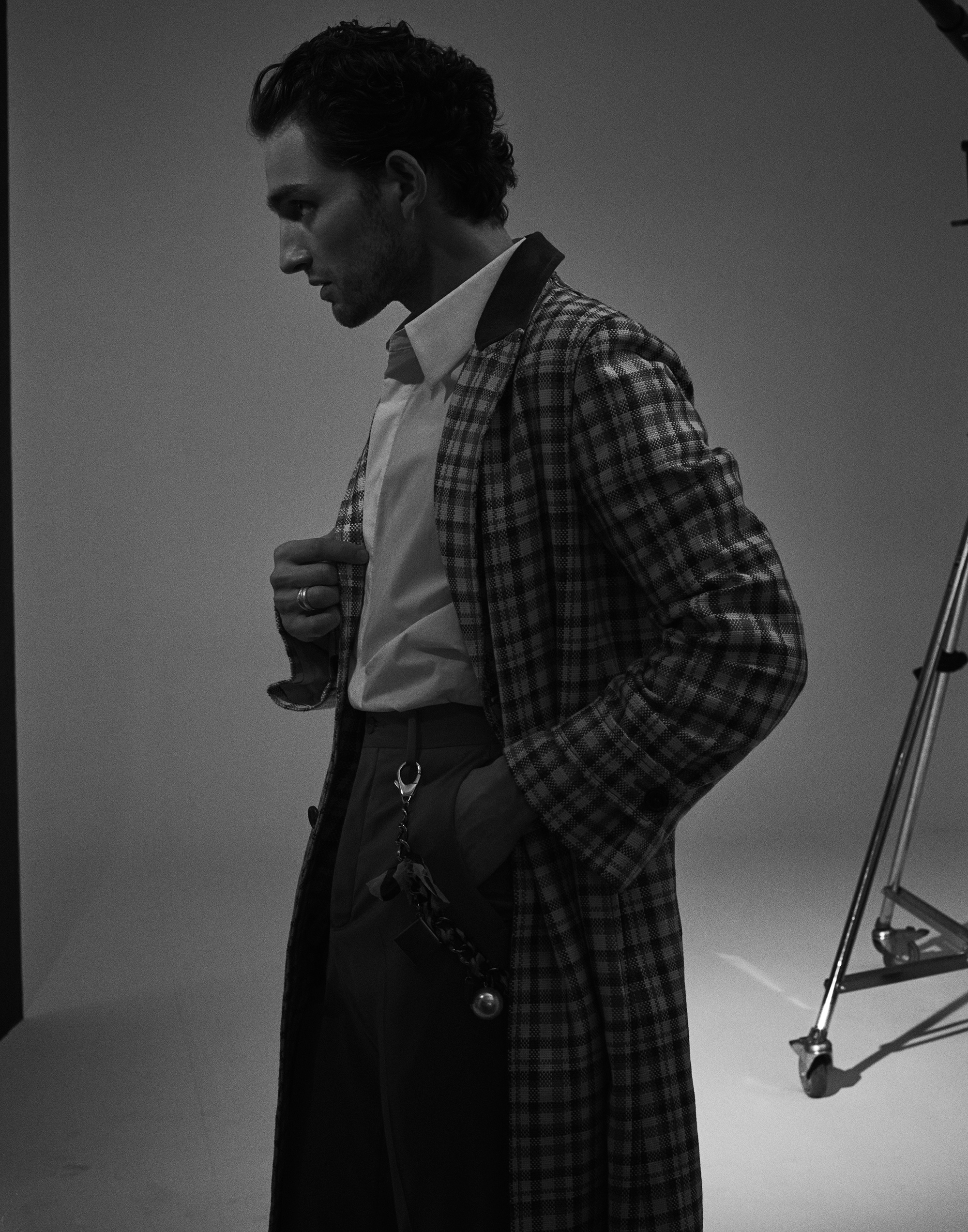 EW Are you thinking of any 5 or 10 year type plan? What would you like to manifest next? Or is it more about taking what comes?

LD It’s definitely about taking what comes. I have fantastic agents and they send me really interesting work. I’d love to be part of a creative team and to make a successful theatre company would be fantastic. But ultimately, I just want to make entertaining, interesting work, with nice, talented people. 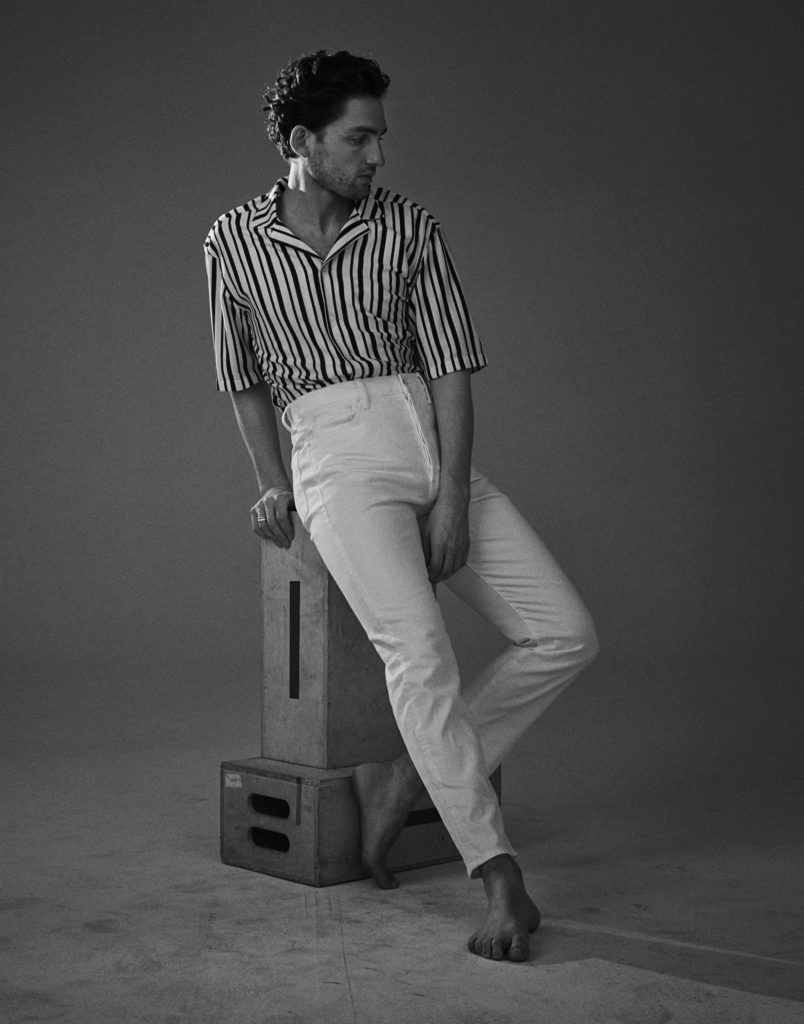 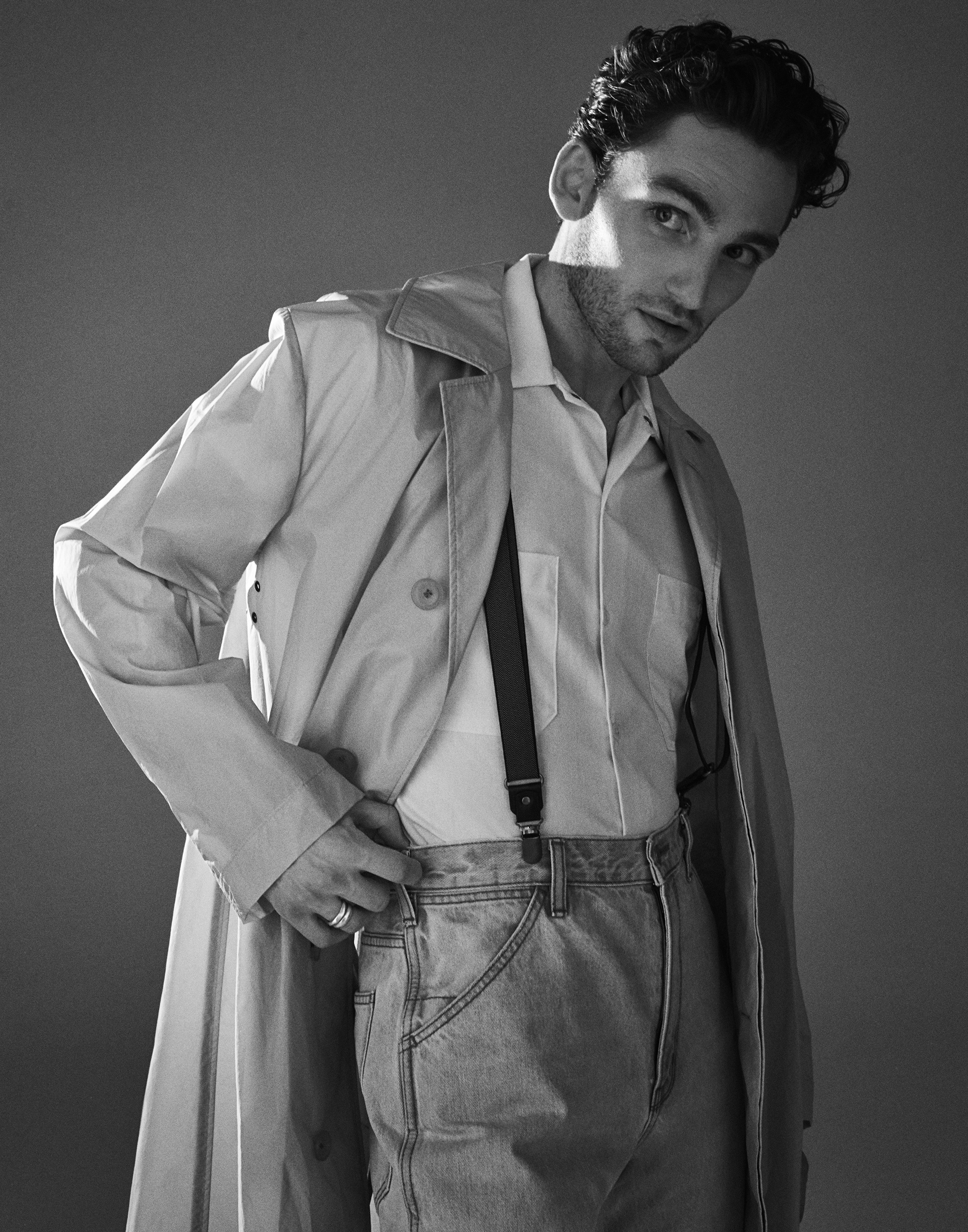 EW What do you consider your obligations to be as a performer?

LD There are many. Firstly, to entertain. Hopefully, to make them feel something, anything. I think as an actor my job is to allow access to the writing. We are storytellers and I want to allow an audience to be transported into the world we’ve created.

EW Do you consider working in the arts to be a vocation? Like, are you serving a higher calling? You did get discovered in The Seagull, and I know Chekhov’s thoughts in the subject. What are yours?

LD It’s a job in that it pays my bills, but it doesn’t feel like a job. I’m incredibly fortunate that I get to do what I love. Any artist that is able to live from their art is winning. Do I feel called to it? I don’t really know! Come back to me in 40 years and perhaps I’ll have more of a philosophy on it.

LD I just moved, but I still live in southeast London where I grew up. I’d love to live abroad one day to experience another culture as a local, but for now I have only managed to move about 2 miles from where I was born! I’m spreading my wings slowly.

LD Todrick Hall, Gregory Porter, Billy Eilish, and Goat Rodeo Sessions put together by Chris Thile. There’s a song on that album called Attaboy and it takes me to a place far, far away (further than southeast London).

EW Favorite causes or charities that you like to support or that you would like to bring attention to?

LD Like most people, I’m hugely worried about our planet. I’d love to see as much of the natural world as possible. I’ve always been mad keen on wildlife. 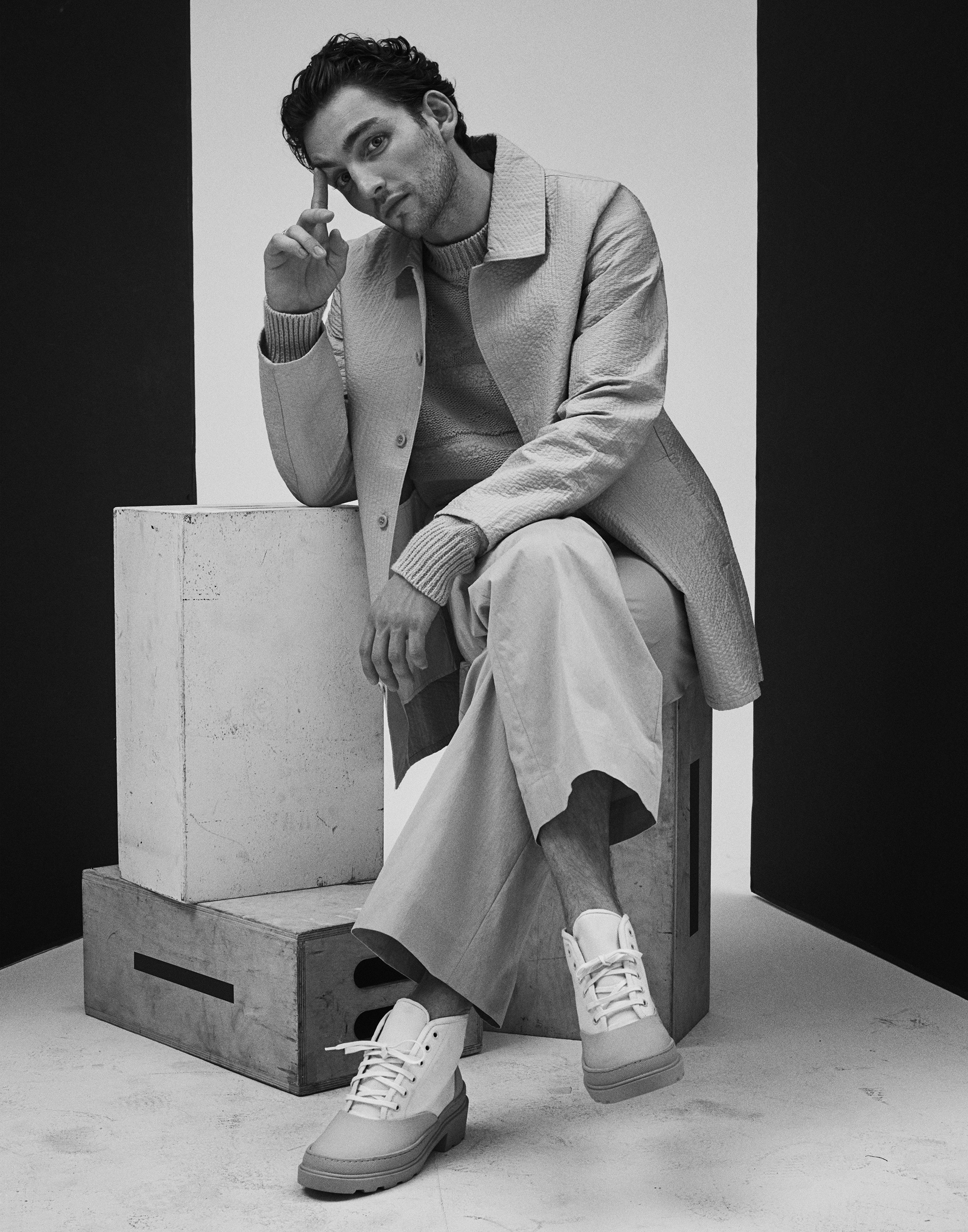 EW Who most inspires you these days? Including actors, movers and shakers, etc. can be anyone…

LD I am so impressed by Greta Thunberg and I am her eternally grateful for her and lots of other young campaigners for taking a stand where adults have failed, and for galvanising the minds of people all around the world.

LD I just saw Marriage Story, and I thought it was brilliant.

EW Do you intend to have a legacy and what do you hope it to be?

LD I think I want to make work that makes people feel connected to the people and world we live in. Rarely does it happen where I see something that allows me to have a deeper connection to either the world around me, or someone in my life. However, it does happen, and great films and theatre can do that. That’s special. 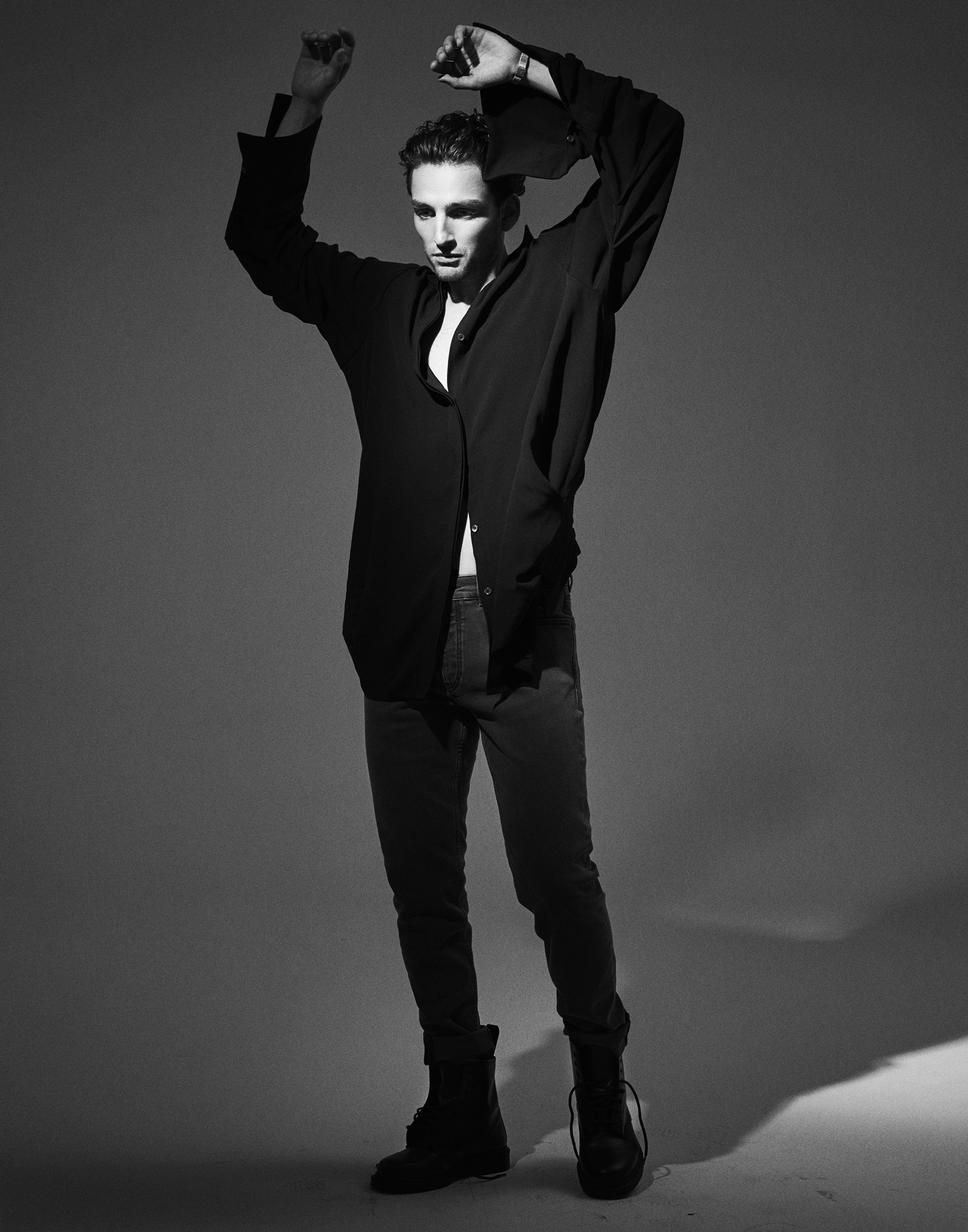 EW We ask all the people we feature to tell us- what’s your sbjct? In a word or a sentence, tell us what really is moving you or defining you- can be the first thing that comes to mind, or have a think and then tell me. Or what do you consider most extraordinary about yourself that you would like to share?

LD Curiosity. I want to discover as much as I can in this short little life we have. 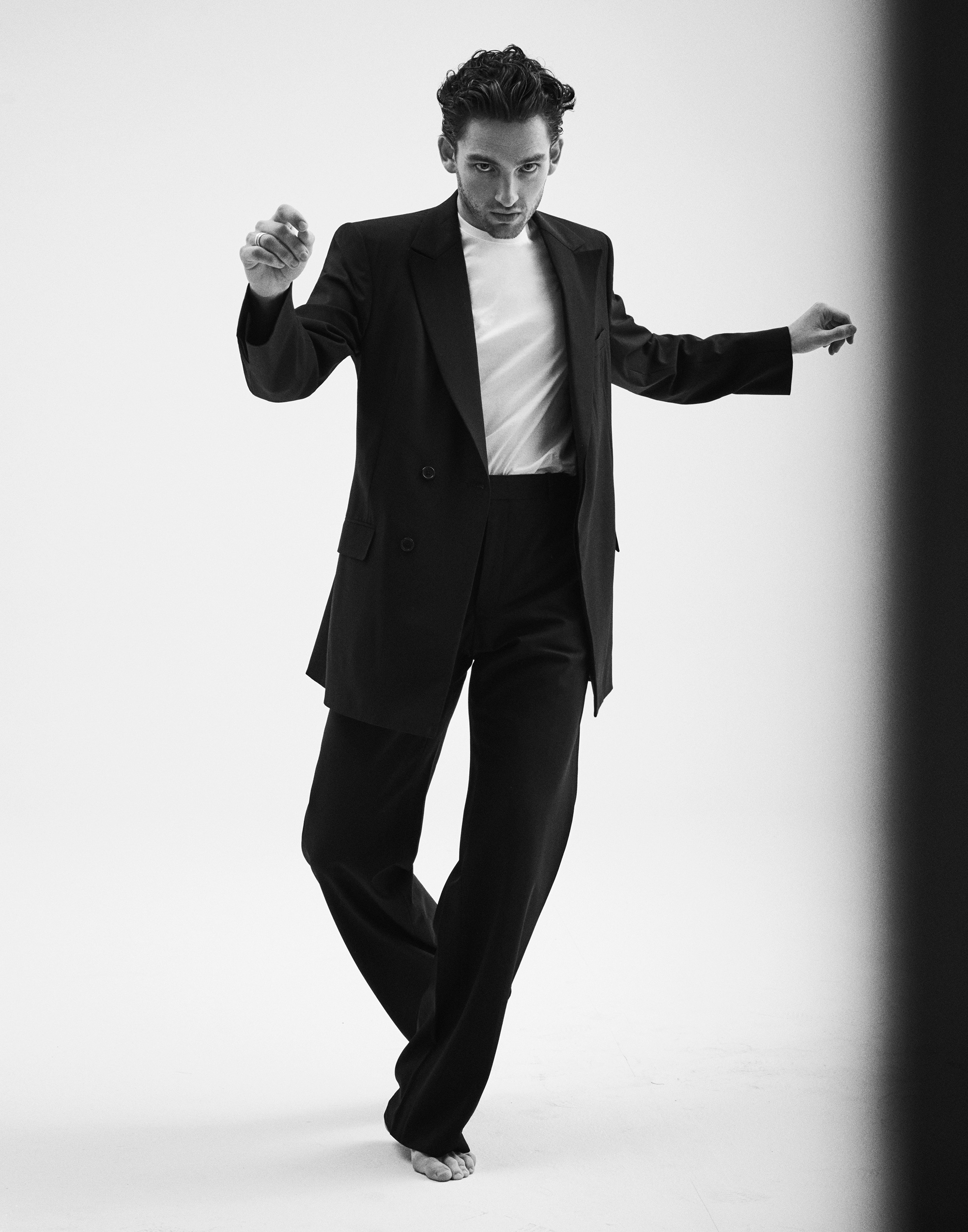 Good artists pour their hearts and souls into their work

I want to discover as much as I can in this short little life we have. 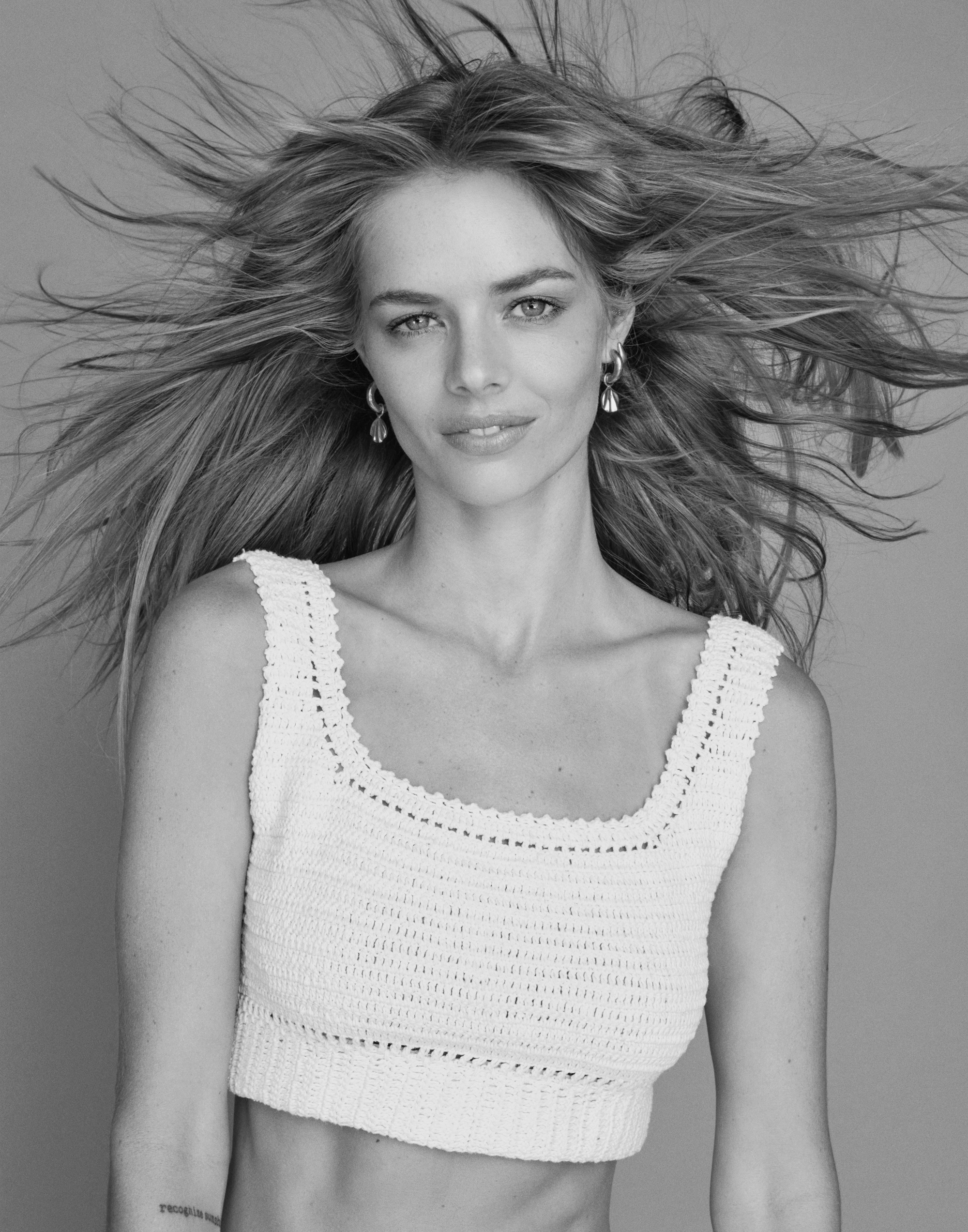 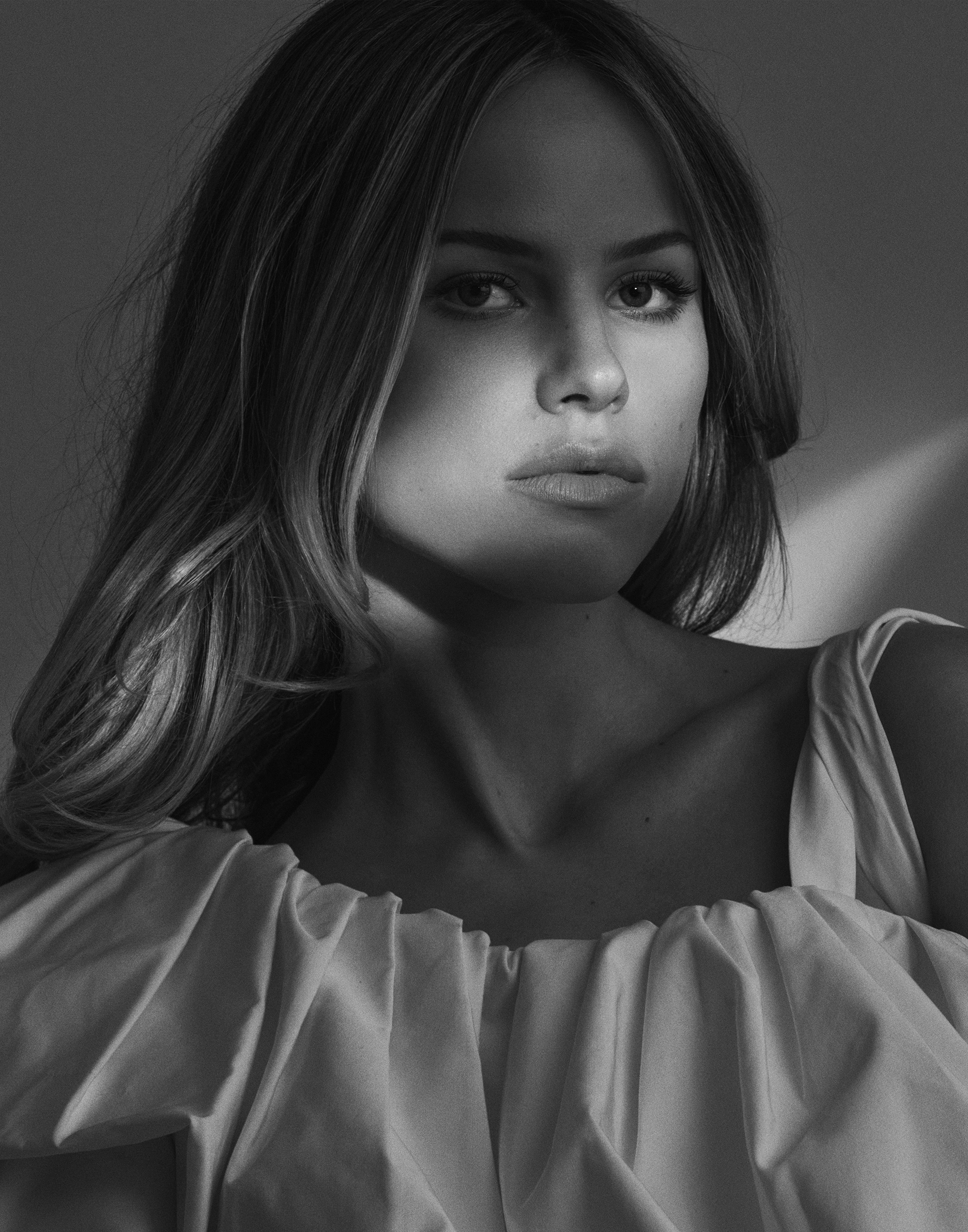 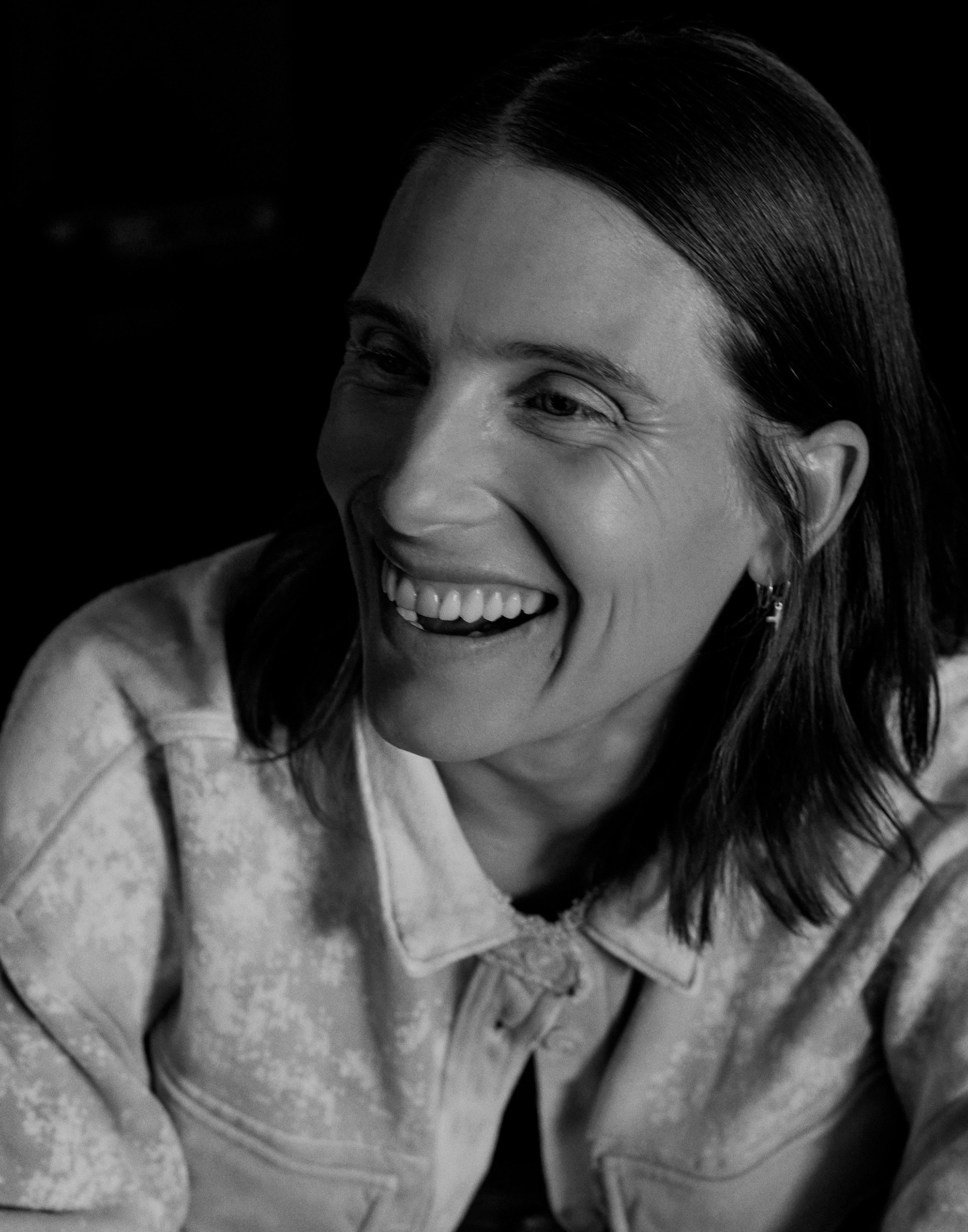 So She Goes… Read more